At a time when Internet was just gaining traction, Anupam Mittal harnessed the unique power of the world-wide web to launch the matchmaking platform shaadi.com which aimed at bringing people together in finding a life partner. Shaadi in Hindi (India’s native language) means wedding. In a conservative society like India where marriage was a traditional affair, with parents trying to arrange for a match for their children, this was a novel concept and medium to be introduced. The traditional modes like the local priest, friends and family contacts dominated the search process with the only organized source being the classified newspaper advertisements. These advertisements could be placed in the local newspaper edition and provided access to matches locally. With the onset of the internet, that changed.

Tapping into culture to create value

The objective of the world’s largest matchmaking platform, Shaadi.com was to provide people a wider and easier access to finding the right match. Specialized in matchmaking service, Shaadi.com is on the forefront of matrimonial industry and boasts of having connected 4 million people. With the Indian user and its sensibilities as the focus, the website offered the option to finding matches by caste and region thus providing both a regional and ubiquitous flavor. It has also gone global and has presence in UAE, US and UK, three markets that have a higher presence of non-resident Indians and is planning to expand into South East Asia. With the culturally sensitive Indian as its focal point, the company has structured its marketing campaigns around social factors like dowry and gender equality to gain favor with the enlightened youth of today who want to make a difference and break the stereotypical norms. It’s campaigns #fastforher, #angrybrides have earned rewards as social media successes. 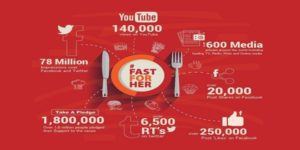 A portal of this nature can attract a lot of fake profiles and is subject to being misused. The company has ensured that it adds security features and screens profiles for the content before making it go live. The security features involve verification of mobile number, providing an identification proof and attaching the social media profile. The profiles that fail to provide these proofs or are complained about are terminated from the site. This has lent a huge credibility to the website and has helped it earn the ISO 9001-2008 certification.

Shaadi.com follows a very simple revenue model that begins by offering a free registration on the platform. The user can look for various matches according to a predefined search criteria which ranges from a basic to an advanced search adding more specifications as per the user’s preference. Upon finding the preferred match, any one of the two members must pay to begin communicating. The site offers membership plans ranging from 3 months (gold) and 6 months (diamond) to a year (platinum) membership fee with a fee of US$ 40, 30 and 22 per month respectively. Shaadi.com has been hailed as the top 50 most innovative companies in 2011, by Fast Company the prominent American business magazine for ‘proving that marriage, Indian-style, works online as well as off’.[1] A list of awards can be seen here http://www.shaadi.com/introduction/index/why-we-are-no1. As per Mittal’s estimates, the site controls 40% of the US$1 billion Indian match-making business and makes a profit of nearly US$30 million annually.[2] He attributes the reason for this profitable growth to the fact that the business model is simplistic and connects the users of the service directly with each other, whereby which, 100% of the revenue goes to the portal. With the demographics of India, that has a large youth population, the marriageable population is expected to remain sizeable.

Taking Advantage of the brand to scale-up

Due to the initial efforts in brand building using advertisements and celebrity endorsements the company has gained a brand strength and is able to attract customers to its site at a lower cost. The rise of other marriage portals have had little effect on the growth of the site as it is a networking business and the users will flock to where the maximum user base is. While multihoming is common, the user-friendly nature of the platform that provides the option of chat windows on the site has continued to attract the users. The real challenge could come from the new-age platforms like Tinder that seem to find a connect with the youth and have a cool quotient attached to it. But as is contended by the COO Gourav Rakshit, the presence of dating apps helps separates the wheat from the chaff and creates a segmentation between those looking for casual dating and a life partner. Nevertheless, to get a slice of that piece People group has acquired a 25% stake in the dating app Thrill that targets the millennials and has merged its existing social networking business Fropper.com which is being used by the company to enter into the media and entertainment space. The company also launched mauj mobile that specializes in premium apps and content for mobile entertainment. A further expansion could be entering the huge wedding planning market in India which is estimated to be at $40 billion[3] either organically or through the acquisition route. This is one platform that has been leveraged upon to strike the right matches across various genres.

Printing money: How Valve went from being an indy game developer to the most profitable company per employee in the USA