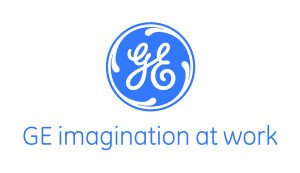 GE’s Predix has emerged as a cloud-based platform business, accelerating the firm’s value creation and capture through both direct and indirect network effects. Predix connects machines and users with powerful applications and data to help industrial companies improve asset performance to maximize productivity, ensure product quality and sustainability, and save money.

The idea is to create “brilliant factories”[i] to combine traditional IT systems with the ability to pull data off of sensor-enabled machines. After its initial launch in 2014, Predix is on course to deliver more than $5 billion in software and solutions revenue this year and estimates more than $15 billion in revenue by 2020.[ii] Furthermore, with Predix there is a potential to deliver $20 billion in annual savings across GE’s industries.[iii]

Predix capitalized on GE’s unique position as a leading provider of industrial systems with $1 trillion of assets under management in the space of Healthcare, Aviation, Transportation, Energy, Electricity, and Oil & Gas. With Predix, GE has deployed 10 million sensors amongst its assets to deliver 50 million unique data elements.[iv] Predix captures and analyzes this data and converts it into measurable business outcomes through an array of applications.

In this way, GE is enabling machine-to-machine communication and connecting their users with knowledge. It is providing an easy way to collaborate in order to share situational awareness to optimize performance.

The impact of direct or same-side network effects has been instrumental for increasing the value of GE’s industrial products for its users. With each new machine added to the Predix platform, a more valuable data set has arisen to drive better business solutions and effective insights for the end customer. While its initial industrial base was massive, allowing GE to quickly scale, the firm has recognized that the more machines they could connect then the more they could optimize performance for their customers. In 2014, Jeff Immelt, Chairman & CEO of GEO noted:

“The more we can connect, monitor and manage the world’s machines, the more insight and visibility we can give our customers to reduce unplanned downtime and increase predictability.”[vi]

To expand the Industrial Internet ecosystem, GE has launched several alliances to make it possible to collect more data from more machines. Partnerships include Intel, Cisco, Pitney Bowes, and Vodafone to name a few.

Capturing value by opening up platform to application developers

GE’s Predix platform currently hosts close to 40 productivity offerings. As of a few days ago, GE announced an exciting move to open up its dedicated cloud environment, Predix.io, for Industrial Internet app developers. With this move, app developers will be able to “plug-and-play” to develop industrial applications for use with Predix-ready assets. Indirect network effects will be recognized as more users purchase Predix-ready assets, more software developers will design apps for Predix and thus will increase the value of the platform for the user. Furthermore, Predix has launched its App Factory that will provide a means for rapid prototyping, validating, and developing the applications based out of its SF office.

It will be interesting to see how Predix.io evolves. GE may use this opportunity to incubate and test many new applications with their asset base in order to ultimately cherry pick the best products for themselves and capture the value. Regardless of their strategy going forward, they have been able to transform their business model from a physical manufacturer to a digital platform provider, unlocking a tremendous amount of value for the company and its customers and gaining a competitive advantage. GE has been able to set up its predix platform with first-mover advantage and build scale relatively quickly. Many of GE’s peers have yet to respond and those that have such as Siemens are still in the very early stages. So long as GE continues to increase its user base through partnerships and allow ease for application design and development, it will remain an attractive platform and stay clear of competitors attempting to replicate.

Etsy – Beyond Brands and Boarders