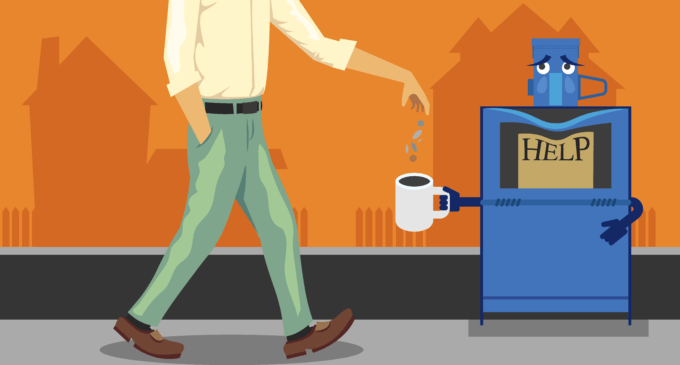 When is the last time you read, or even came across, a copy of a local newspaper?

According to a study by the University of North Carolina, more than 2,100 U.S. newspapers have closed since 2004, representing one in four of all papers in the country. Also gone with these prints, were half of all newspaper jobs.

Those struggling to survive are being scooped up by Wall Street. In August, 2019, GateHouse Media, the largest owner of US newspapers by titles, and Gannett, the largest by circulation, reached a deal to merge and rebrand under Gannett.

The real buyers of these distressed media assets are Fortress Investment Group and Apollo Global Management – two prestigious names to Harvard Business School graduates, and two chilling names to journalists. And the other heavy puncher in the industry – MediaNews Group – is owned by Alden Global Capital, a hedge fund notorious for its aggressive cost cutting and capitalistic approaches.

While Gannett’s debt holders will probably emerge victorious at a steep 11.5% annual interest rate, the organization’s original mission – to inform and engage communities, and make them stronger –  has long left the building with their hundreds of laid-off journalists. Local newspapers are hit particularly hard in the wash. The Knoxville News Sentinel readers will no longer be able to follow the University of Tennessee’s women’s basketball, and the Arizona Republic readers will no longer see Pulitzer Prize-winning cartoons.

How did this happen?

How did local journalism become such a salient victim of the digital age?

The traditional local newspapers relied on print subscribers and advertising to generate revenue. Few Americans today hold print subscriptions, but few local newspapers have sufficient resolve and resources to attract paying digital subscribers. Meanwhile, advertising dollars are shifting into the pockets of Facebook and Google, who took a combined 58% of all U.S. digital ad spending in 2019, according to eMarketer. More importantly, Facebook and Google have become the dominant aggregators and distributors of news content, while not being subject to the regulations imposed on a news publisher. 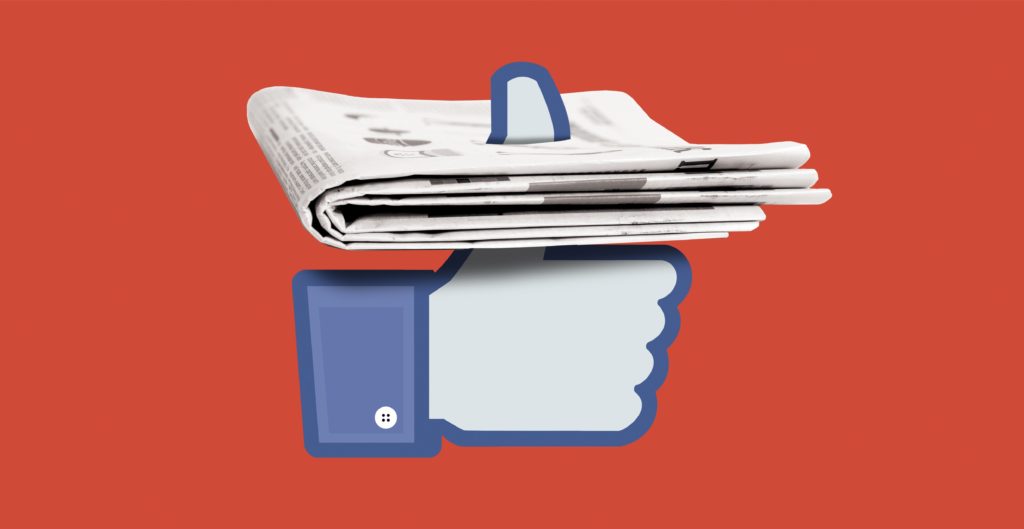 No wonder the University of Tennessee women’s basketball reporter of 30 years would lose his job. The 24-year-old CS major product manager at Facebook is designing a black box of algorithm, to distribute local news content optimizing for not factfulness or newsworthiness, but click conversion and monetization value.

Except, newspaper publishers have an additional civic duty that, if left entirely to the profit-seeking PE overlords, will be labeled as a cost item and cut with their newsrooms. True journalism is expensive not because journalists are overpaid, but because even the most basic journalistic standards are higher than any found at Facebook.

So what if local journalism died?

The costs of replacing local journalism with algorithm-generated un-newsworthy content are disastrous. Misinformation and fake news spread much faster because their sensational, made-up headlines hit right at the primal side of our brains. An equally important but more subtle cost is the deepening national polarization. Local newspapers cover local communities and gauge local sentiments for their own residents and leaders, but also inform larger national newspapers and networks. But in recent years, this network clearly stopped working. Many of us woke up on that fateful November day in 2016 to a country so divided that we barely recognized. Even the world-renowned New York Times, reporting from their steel-and-glass Manhattan tower, had missed an entire half of the country for years.

Who can save local journalism?

As for Gannett, the journalists and editors may have to brace for many more rounds of layoffs. Or, they may decry their capitalist owners like their colleagues at the Chicago Tribune (owned by Alden Global Capital) did last week: a plain and powerful public plea via the New York Times, “Please Buy Our Paper.” 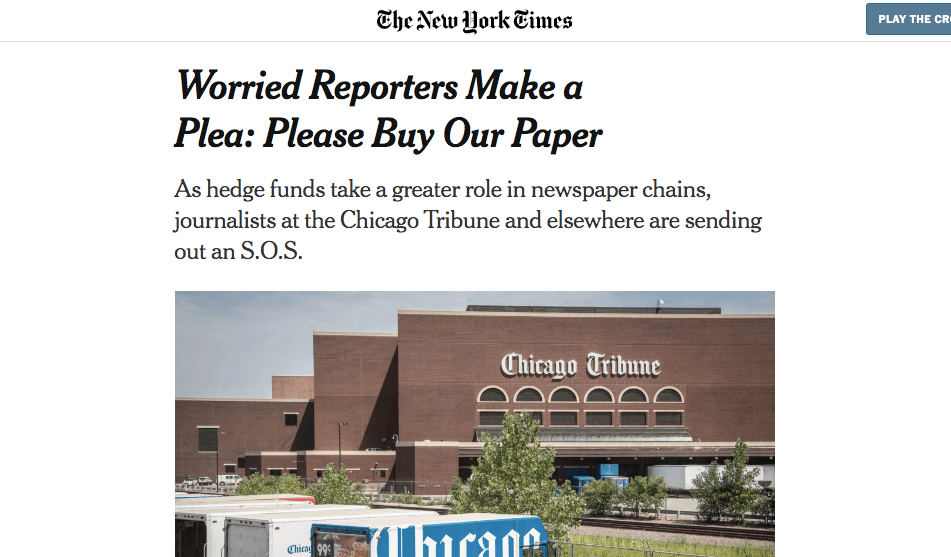 Student comments on Please Buy Our Paper, Anyone But Wall Streeters