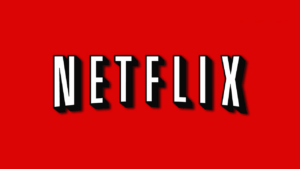 Everyone knows Netflix by now, especially after what feels like five or six cases about them throughout HBS.  They are the $60B gorilla in the room.  Netflix was born using data as a way of differentiating itself from its competition.  Even when they were simply mailing you DVDs, they were able to track what you rented from them and suggest other movies that you might like.  This information is at the core of how Netflix collects and uses data.

With DVDs by mail, the data they were able to capture was very basic.  They had some generic information collected from you when you signed up like your age, gender, and obviously your geographic location.  As you requested movies be mailed to you, they began overlaying your usage on top of that profile of information.  Not only did they collect information on what you watched, but what times your requested it and how fast it took you to return it.  Netflix also asked the watcher to rate the content, which gave rich feedback on which types of users preferred which content.  This eventually led to the generation of the recommendation engine.  This “Black Box” of magic artificial intelligence and machine learning is able to take your data and your past viewing habits and recommend, with fairly high accuracy, what you will like next.  This allows Netflix to create value for the customer by providing quality recommendations that no one else could provide, but it also allows them to capture a great deal of value by sourcing movies that may be cheaper than blockbusters but that a large number of their subscribers will enjoy. 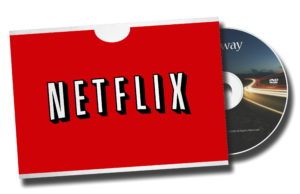 The next evolution of this strategy was enables when they made the leap to streaming as opposed to mail.  Now Netflix could not only track what you watched, but they could watch how you watched it.  Recording things like when you searched for certain titles and which ones you elected to watch.  They tracked things like what types of shows you watched together and in what sequences.  They also were able to capture much more data on the timing of your viewing, whether it was time of day, day of the week, or even in relation to external events like holidays or big sporting events.  This allowed them to make larger bets on programs, especially TV shows, that they knew had a high likelihood of being watched.  Their data gave them powerful information asymmetry in negotiations with content providers. 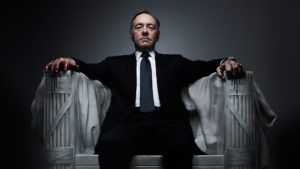 The latest evolution comes with decisions on the types of content they now produce.  Everyone knows that traditionally producing content is very risky.  You have to invest millions, and sometimes millions of dollars, to produce a movie or TV series before you actually find out if anyone will watch it.  Sometimes if a movie is a sequel or part of a family you may have a higher likelihood of success, but you are still resting on a great deal of intuition.  When Netflix was deciding on its first series to produce, it was again able to use its information asymmetry to capture a great deal of value when bidding for House of Cards.  They were able to be very confident that a large number of their subscribers liked Kevin Spacey movies, watched movies by the show’s producer, and watched a great deal of the British version with the same name.  This allowed them to outbid HBO and AMC for the rights.  Not only did their data win them the rights to House of Cards, but they were able to create 10 different trailers of the show to promote it before it was released.  Each one was tailored to exactly what different watchers were looking for in a series.

At the end of the day, Netflix has created and captured massive amounts of value over the years, and their ability to now make better-informed decisions about which shows to license and produce will drive them to success in the future.  Unfortunately, there are some potential roadblocks they need to navigate.  The biggest one I can see is the inherent conflict of bidding against other content producers for shows, scripts, and talent, but then needing them to provide you with the rest of the content to fill out your service.  While it is likely in everyone’s financial interest to get along and play nice, it is only a matter of time until someone refuses to license their content to Netflix because they outbid them on a movie they wanted!