Yoga classes. Movie tickets. Haircuts. Hot pots. Babysitting. Coupons. Think of all the errands and activities you do every day. Meituan-Dianping （美团点评）has your back. This online platform specializes in selling enormous amount of services, connecting consumers and merchants. It’s the Amazon of services in China, and much more.

Meituan-Dianping (“MD”) formed as a result of a merger between two startups – Groupon-like Meituan (founded in 2010) and Yelp-esque site Dianping for restaurant listings and reviews (founded in 2003). As both companies branched out into “online-to-offline” space – identify customers online and entice them to leave the online space by going to physical stores such as dinners and spas – and ensued a cash-burning war, they agreed to merge under the umbrella of a single company called Meituan-Dianping in 2015.

Since the merger, MD has grown into a tech giant that resembles an amalgam of different popular apps. Like Yelp, it is a listing-and-rating site for local businesses. It offers restaurant reservations like OpenTable and delivers food like Grubhub. Like Booking.com, it sells flight tickets and hotel rooms. Users can even book home-repair/renovation services, wedding planners, and therapy sessions through the platform.

A typical user could have a day like this: Open the Dianping (or Meituan) app to check which malls are nearby. Spot one with a deal on pair of shoes from Nike. Ride a Mobike to the mall. Once at Nike, purchase the shoes using the App’s promotion. Next, he feels hungry and checks the app to see nearby restaurants. He finds a Korean restaurant with good reviews and reserves a table for lunch. After the meal, he schedules a massage at a nearby spa. After having a relaxing massage, he purchases tickets for an evening screening of Avengers: End Game. Everything is done through a single app conveniently. The following diagram shows the key services and participants of the platform. 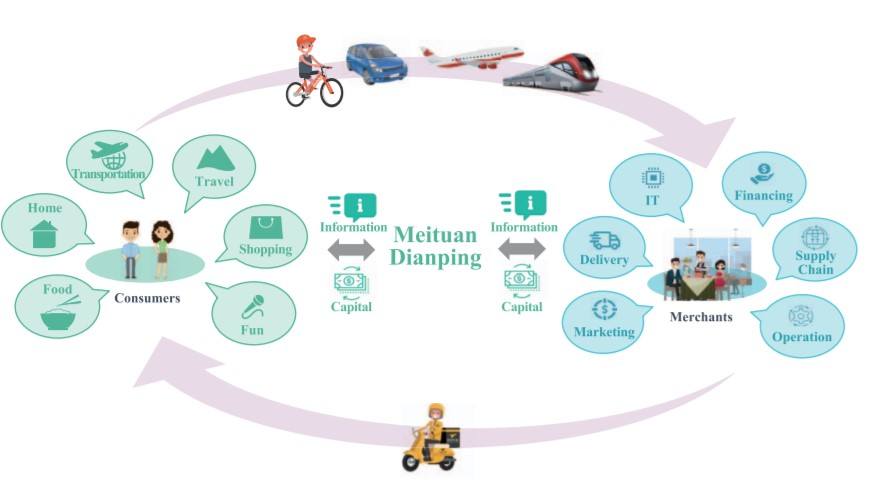 In addition to matching and connecting merchants and consumers, MD makes the transaction process seamless by using an integrated and multi-channel payment system. Online payment methods include its proprietary payment method Meituan Payment, as well as other third-party payment options such as Wechat Pay, Apple Pay, Union Pay, and credit/debit cards. Offline payment methods include smart POS terminal, Xiaomei Box and Meituan QR codes. Xiaomei Box is placed at merchants’ cashiers and allows customers to scan QR codes through the device. See below the diverse payment channels that the company facilitates: 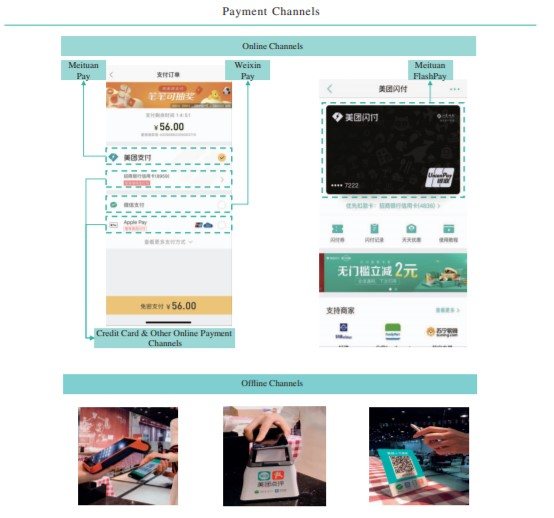 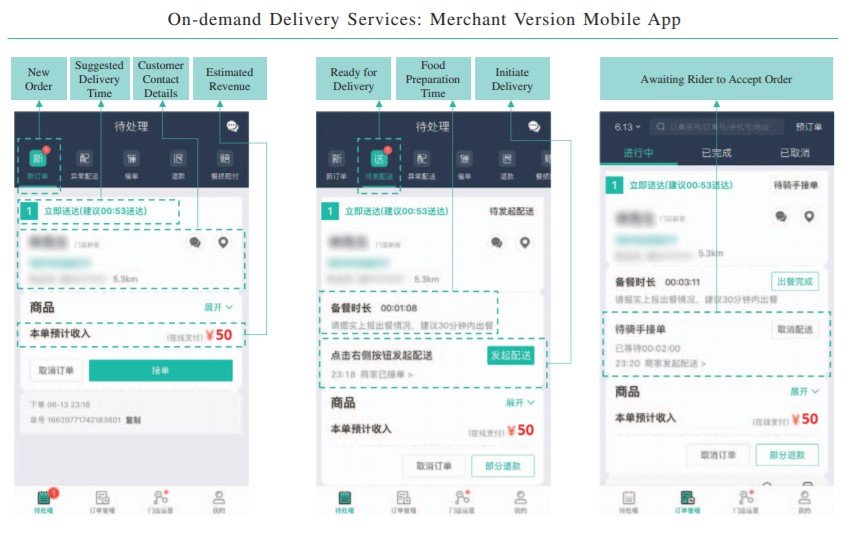 Even though MD is already a tech giant with over $60 billion in market cap, it experienced tremendous growth with 44% increase in gross transaction volume, 32% increase in annual active merchants and 29% increase in annual transacting users in 2018. The main drivers of this continued growth and the capability to sustain its business come from its speed in entering new verticals, strong network effect and low-medium risk of intermediation.

As the chart below illustrates, MD continuously innovates into new service categories, to provide a wide selection of services to consumers. The expansion of services creates stronger loyalty among consumers as MD becomes the “one-stop shop” for their needs. Because MD has established many touch points with consumers’ lives, the introduction of additional service categories allows it to cross-sell to customers effectively at low customer acquisition cost. For example, in 2017, over 80% of its new hotel-booking users were converted from existing core user base of food delivery and in-store dining category. Early this year, amidst the coronavirus outbreak, MD launched online grocery shopping and delivery services. However, given the scale MD has already achieved, I believe further growth into new categories that are aligned with its core competency is limited.

The platform’s business can be sustained because of its strong direct network effect. MD’s strong customer base and support system incentivizes merchants to use the platform in order to acquire customers and improve business results. With more merchants, more customers are more willing to use the platform, thus the virtuous cycle continues. MD operates as a regional network (like Uber) rather than a global network (i.e. Airbnb) because consumers and merchants interact mostly on a local level. MD, like Amazon, has high bargaining power when negotiating with the small local merchants.

The risk of disintermediation is low to medium depending on the industry categories. For industries that are characterized by larger ticket size such as tutoring/education services, the chance of merchants or consumers disintermediating is higher. Both sides. However, for mass-market and high-frequency categories with low gross transaction amount such as dining and movie tickets, which is what MD primarily focuses on, the risk of disintermediation is low. To further mitigate this risk, the company has taken steps to increase its value creation to merchants through the comprehensive support system and to build long-term loyalty among consumers.

Despite the strong network effect and low-medium risk of disintermediation, this is not a winner-take-all market because multi-homing is high. Merchants do not sign exclusivity agreement with MD, and the term of the agreement is typically six months or one year and may be renewed on an annual basis. Competition on the MD platform for merchants is fierce as many other merchants offer similar services. Merchants, therefore, are willing to use other platforms to acquire customers. MD’s primary competitor is Alibaba, which owns and operates Ele.me and Koubei. Ele.me is an online delivery and local service platform in China and Koubei is an in-store services marketplace.

Overall, MD is well-positioned to sustain its leading position in the short run because of the strong platform and strong network effect. In the long run, I think growth within the bounds of its core competency is limited given the scale it has already achieved. Therefore, it’s crucial for MD to continue to find ways to create value, increase loyalty among merchants and consumers, and not spread itself too thin by entering into industries that are not aligned with its core strategy and competency. 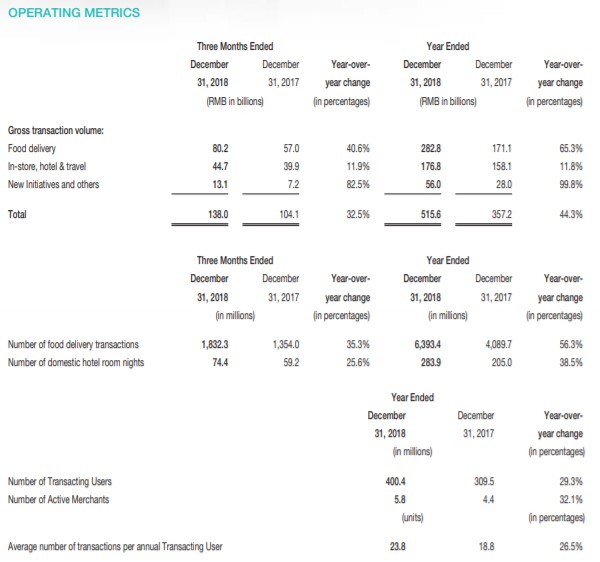 GOAT – The “Greatest of All Time” Marketplace for Sneakerheads