Magic Leap – Reinventing how we see the World

By 2017, Magic Leap has raised nearly 1.4 Billion Dollars and most Americans have never even heard of them.[i]  Founded seven years earlier, this tech behemoth is still operating in stealth mode having raised 3 institutional rounds of funding without releasing even the beta version of a product.[ii]  In its demonstrations to investors though, the company has demonstrated a capacity to project realistic appearing, three dimensional images from a single piece of hardware without requiring the users to wear any special equipment. 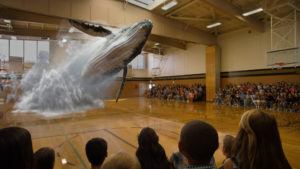 Magic Leap is leading the category of augmented reality.  This, in contradiction to virtual reality, is a state in which images and projections are experienced by a user in conjunction with the real world.  The first major player in the space was Googles launch of Google Glasses, where the company tried to convince the public that they could wear these devices and overlay information directly from google onto their field of vision in the real world.[iii]  The product itself has since been discontinued, but the concept remains more alluring than basic functions of Virtual Reality were a user in engrossed into a totally new world.  Augmented Reality has allowed entrepreneurs and investors to envision hundreds of applications, with a lower ‘a,’ for the use of this technology beyond entertainment and video games.  It is now possible to believe that doctors will be able to overlay critical information onto a patient while conducting life-saving surgery, that a wearable lens will enable users to project information from the internet directly into their natural field of vision, or as Magic Leap has done, that images can be altered into a naked eye that convinces the brain it is seeing shapes and information.[iv]

The company launched in 2010 by Rony Abovitz, an eccentric character who was raised by Israeli Immigrant parents in Florida.[v]  Prior to launching Magic Leap, Mr. Abovitz started and sold Z-Kat, a medical robotic company which was designing a mechanical arm capable of conducting surgeries.[vi]  He had studied Biomedical engineering at the University of Miami and had commented that his observation of orthopedic surgeries was “glorified carpentry” were even the best practitioners were beholden to “low tech tool box” and believed that the field was due for major technical advancements.[vii] 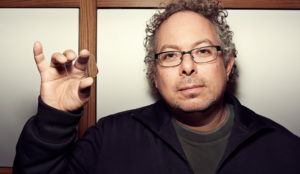 Magic Leap projects light in such a way that user ‘sees’ images that do not exist.  There are no glasses need and no over the eye immersive world to succumb to.  Just the users in a room with images broadcast into their vision.

Challenges ahead:
In February of 2017, the wheels seemed to come off the allure of Magic Leap.  A former Vice President lodged an extremely damaging law suit asserting a pervasive culture of sexual harassment within the company.[viii]  Very shortly after this, a picture of what was reported to be its first product was leaked online that thoroughly underwhelmed the tech community.[ix]

SCOOP!!! This is the FIRST PUBLIC PHOTO of MAGIC LEAP https://t.co/6hPEMe6eCg pic.twitter.com/oWKBJvKmza

For Magic Leap to maintain its unicorn status and continue to raised ever increasing rounds of funding, they must demonstrate with a marketable product that their technology works and is sellable.

New York Times VR: Embed yourself with Iraqi forces during a battle with ISIS

The US Army and Virtual Reality: How should it use new technologies?

Student comments on Magic Leap – Reinventing How We See the World