Craigslist’s lean and profitable operation with free public postings smells like success
What started off as an email list notifying friends of San Francisco events nearly a decade ago has led to a multi-million profitable company with a lean staff and a user-friendly website that has eviscerated much of its competition.

Craigslist is a listing of local classifieds and forums that are offered free. No longer do you have to drive to a local newspaper or call them to place a classified ad and pay by the word or line to sell your litter of puppies. In fact, you can do it yourself and just about anywhere. There are many reasons why Craigslist is a winner. The obviously one is that it’s revenue has continued to increase from about $9 million in 2004 to $335 million in 2014, according to AIM Group, an advertising consulting group.

It’s primary source of revenue is from job listings, which it gets more than one million each month. In San Francisco it charges $75 per listing and in cities like Boston it charges $25 per ad. In 2014 it also increased revenue by charging auto dealers $5 per classified advertising post. 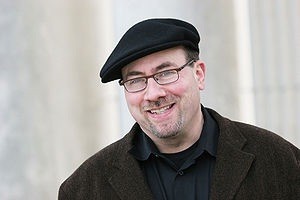 The other reason Craigslist is a winner is its value creation. The product is fast and easy to use and hasn’t changed much over time, which actually is a strength. That predictability leads to loyalty. Emotionally people like the idea of it being free and that they can place an ad to find a partner or to sell their old couch in a matter of minutes. Craigslist creator Craig Newmark purposely shied away from putting text ads in front of users because he believed users enjoy the sense of community and the ad-free experience.

Craigslist also created value with another group – companies listing jobs in large competitive markets. Big companies in metropolitan cities turned to Craigslist to post job openings instead of the Sunday classified jobs section of a newspaper.

Newmark essentially cut out the middleman – the classified ad section of the newspaper or magazine. While he reaped the profits, newspaper owners attributed part of their demise to his operation that gutted their classified ad revenue that accounted for 50 percent of their overall revenues each year. That has never been recaptured.

Internally, the Craigslist operation is nimble and lean. With only 40 employees, who are mostly engineers, the company has low-overhead costs and spends little to nothing on marketing.

The results of Newmark’s vision and strategy are staggering. More than 1 million new job listings each month on the site, with fees of $25-$75 per ad depending on the city.
Per month there is 50 billion page views. And Craigslist has penetrated the world, with 700 local sites in 70 countries.
Just how much money Craigslist can make in the future is unknown, but if it slowly starts charging for specific types of posts, some analysts predict it reaching more than $1 billion soon.

Student comments on Go Craig Go – Craigslist is a winner