“There are one billion cars in the world, a number that is set to double in the next 10 years—we’re doing everything we can to stop that from happening.” – Getaround [1]

Compared to previous generations, Millennials have adopted the trend of the circular economy to the extreme: from renting their dream vacation homes on Airbnb, selling used items on Facebook Marketplace, to hiring a handyman through TaskRabbit. Noticing this trend, Getaround set its strategic mission in 2009 to disrupt the traditional market of car ownership by creating a peer-to-peer (P2P) platform that connects car owners with occasional car users [2]. Unlike Uber or Lyft, this platform allows users to expand their car use beyond a single ride and provides additional benefits to car owners that sign up to their platform. By diving deeper into the operations of car usage, we can discover why Getaround’s platform creates value for both sides of the exchange, as well as how it capitalizes on viral marketing to gain network effects and reduce attrition. Finally, Getaround’s strategic focus in 2019 has allowed the company’s reach to expand from a few urban centers in the US to most of mainland Europe, which poses new challenges for a platform trying to compete globally for the first time.

Transforming the car owner into a service provider 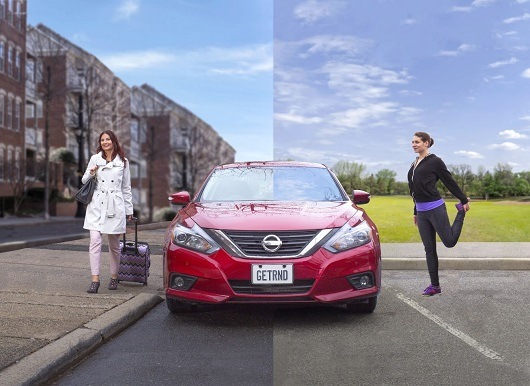 In order to realize its mission of creating a world where all cars are shared, Getaround understood that simply owning and managing a fleet of cars like Zipcar would not be enough to cause a significant impact on the car ownership market. As such, they set one of their key goals to leverage the cars already available on the streets, focusing primarily on urban centers prone to traffic jams like San Francisco or Boston. In order to attract its first car fleets, Getaround offered generous incentive plans, such as a one-time credit for new car owners, as well as a set of individualized metrics that would predict when “leasing” their car would maximize earnings per month. However, the true innovation that allowed Getaround to maximize its attractiveness to car owners was its use of a patented Internet-of-things (IoT) technology, Getaround Connect, that enabled cars to become “keyless”. By removing the intermediary step of opening and locking a car after each use, Getaround simplified the owner’s responsibility to parking a car in a safe spot and maintaining at least 1/4 of the tank full at the start of each rental period, thus greatly improving the multi-homing experience. [3] Not only that, but to prevent current car owners from removing their cars from the platform, Getaround has offered significant insurance (up to $1M) and maintenance services to reduce owner concerns about the gradual wear and tear of their property, as well as the legal implications of leasing their car to a stranger. [4] Overall, Getaround has expanded the useful time a car can be used in a day by turning the idle time a car would not be in use into a revenue stream that any car owner can manage.

Connecting car users with a local network of available cars

Complementing the added benefits for the supplier, Getaround’s platform creates customer value by leveraging its innovative technology. While Uber and Lyft also offer real-time car matching, Getaround targets specific jobs to be done (JTBD), such as picking up groceries, to renting a car to go to Coachella [5]. Through these personalized offerings, car renters may use a car for more than one ride and tailor their car usage to the specific time window that they desire, instead of paying for a full day rental through traditional suppliers like Avis or Enterprise. Through such terms, Getaround returns what would become idle time back to the car owner to capture another car rental, and in return, the customer only hires the product for their specific needs. Unlike Zipcar, users have the added benefit of renting a car close to their homes given the decentralized supply model free of subscription fees. Despite these benefits, Getaround maintains its competitive advantage by capitalizing on the network effects of its platform, which offers special discounts and incentives to current users that attract new users via Getaround links. In sum, the Getaround customer experience, powered by a seamless UI, facilitates the process of supplying a car with the immediate demand of its users offering benefits to both players if they remain loyal to the business model.

Global expansion through investments in scale 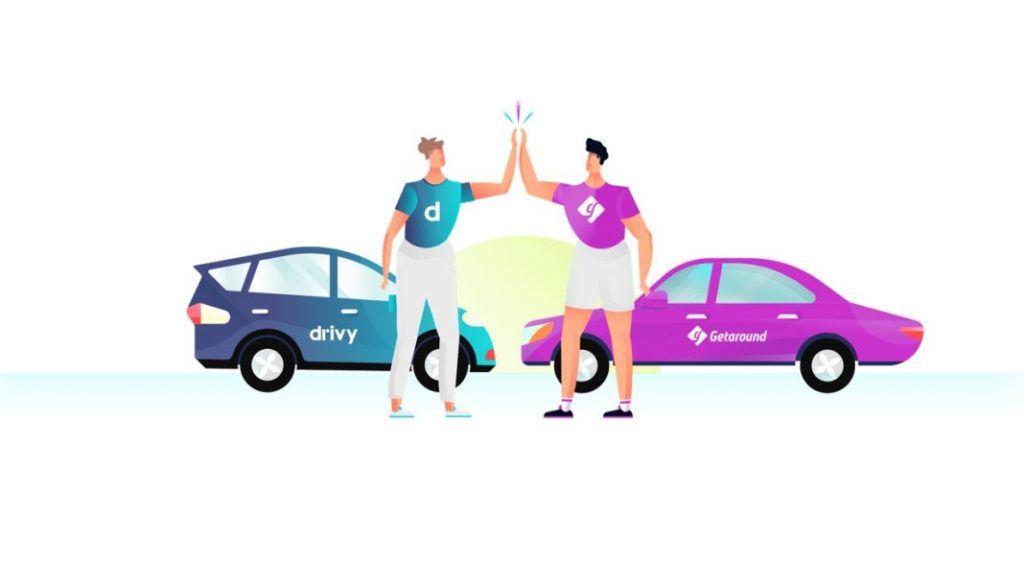 After a series of successful rounds of VC investment, aided in large part by Softbank’s $300M funding in 2018, Getaround has transformed its 2009 startup business model into the largest car-sharing platform in the world. First, in April 2019, Getaround completed the massive $300M acquisition of Drivy, a similar car-sharing offering, that expanded its market reach to six European countries, namely France, Germany, Spain, Austria, Belgium, and the UK [6]. Then, in August 2019, Getaround expanded its reach into Norway by acquiring Nabobil for $12M. While the expanded scale through acquisitions has strengthened Getaround’s ability to empower its mission statement, the increase in complexity will have an impact on the organization of its development teams, the integration of multiple brands into a single platform, and the transfer of brand equity attached to each acquisition. Most importantly, by adding new markets into the equation, Getaround’s legal risk has increased as European regulators increase the importance of data privacy and heighten customer concerns about sharing their real-time location. One can remain hopeful that this business model will continue to reduce about 13 cars per shared car, but the reality of competing globally is that Getaround must adapt in order to maintain operational costs down while maintaining its fundamental customer promise, to allow any user to get around safely and economically.

Student comments on Getaround’s platform: A vision of a world where all cars are shared