Rap Genius began in 2009 with the lofty goal of informing and interpreting the meaning behind rap lyrics. The platform has grown rapidly through crowdsourcing, naturally expanding to different music genres. In 2014, the company rebranded itself to Genius and officially announced the expansion to multiple types of content, including poetry, literature, and news.

The beauty of Genius is in the breadth of content. It’s easy to find oneself going down the proverbial rabbit hole, initially perusing the meaning behind Walt Whitman’s “Song of Myself” and ending up studying the infamous Nas diss track of Jay-Z. Artists and celebrities themselves have even contributed to the content as “verified contributors”. For example, actress and writer Lena Dunham annotated a chapter of her new book on Genius to promote its release. 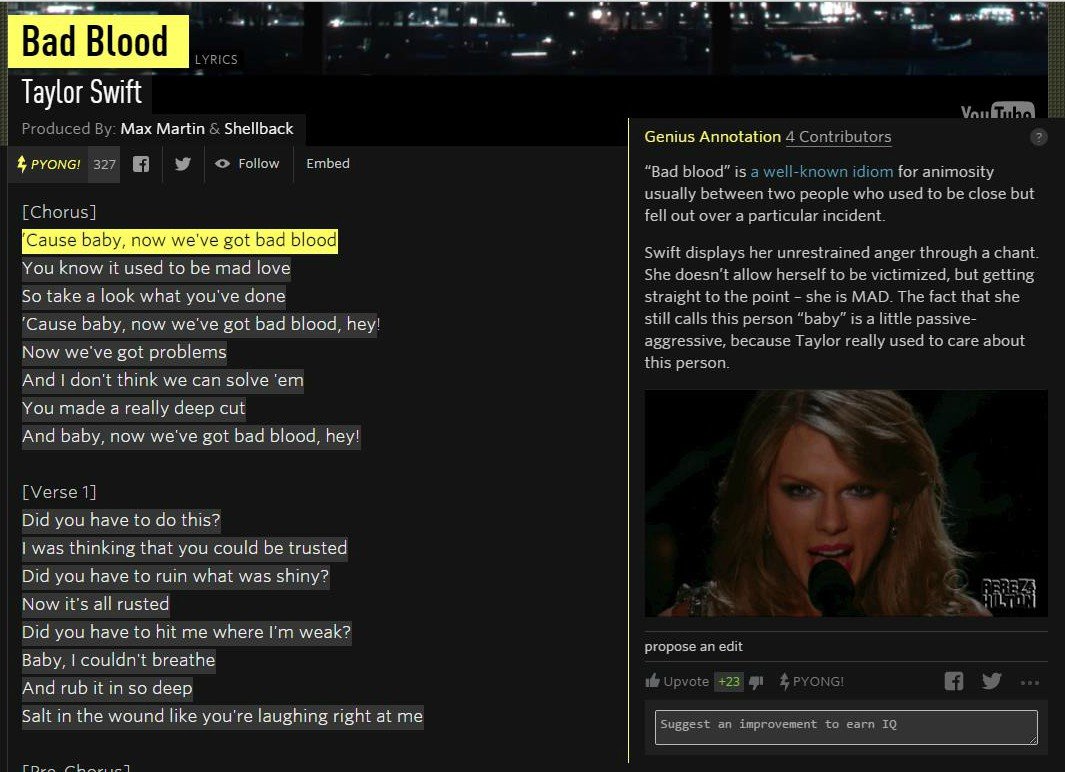 Users are incentivized to contribute in three main ways: 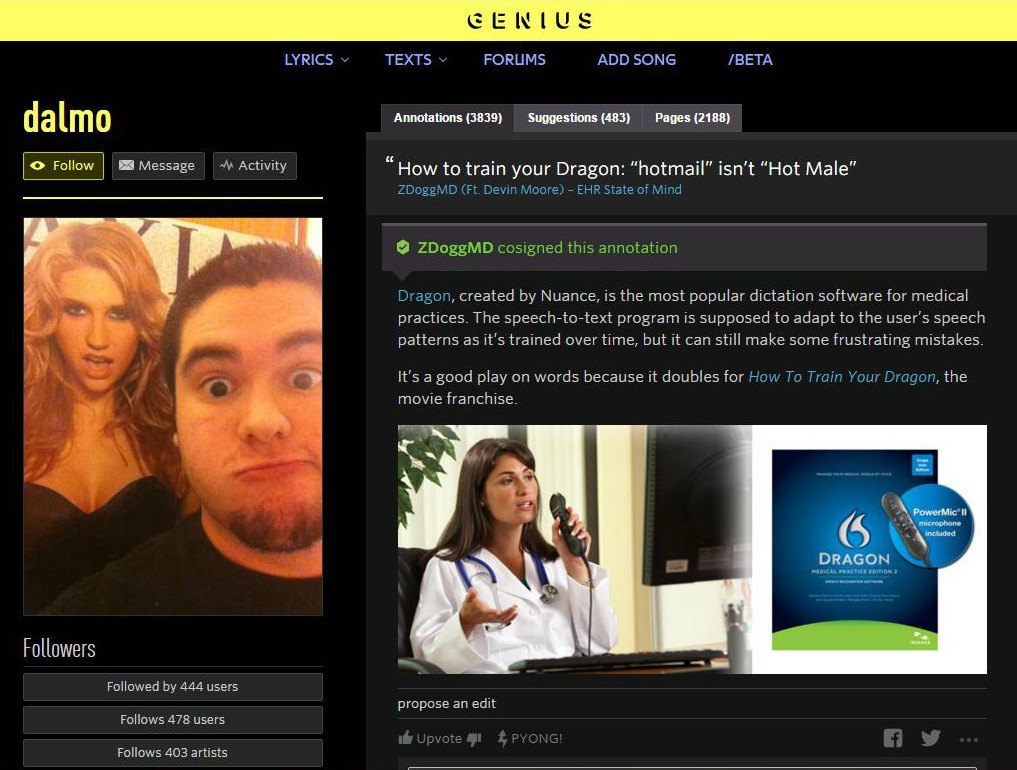 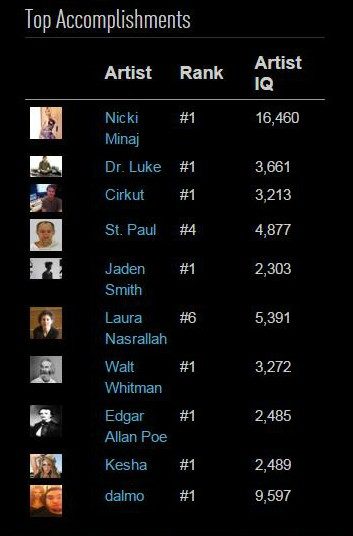 Contributors are managed primarily by the community through a leveling system controlled by the company: editors, mediators and moderators. Editors are contributors who have consistently created “high quality” content on the site and are given the ability to curate annotations. Similarly, mediators are chosen as quality gatekeepers of the forums. Moderators, who have increased ability to manage the overall community, are chosen among editors based on their content quality and ability to “inspire and coach other contributors”.

Genius’ value capturing strategy remains to be seen, as the company does not generate significant, if any, revenue. Advertising is one potential source while others have suggested licensing its annotation tool as enterprise software, which seems feasible though potentially contradictory to the site’s offbeat branding.

Expansion of its content is another hurdle. Lyrics continue to remain the major source for the site’s 3-4MM monthly unique visitors. While lyrics are good SEO bait, Genius will only have lasting power if it continues to diversify its subjects and increase its audience. Its new annotation web tool certainly provides a way for Genius to exponentially grow its content and user bases but also increases the threat of copyright issues. Genius may be able to overcome this through some type of revenue sharing from directing traffic to other pages could be one way, but again, it would need to be quick in launching a monetization strategy. The tool will only become potent once Genius can find partnerships to embed  itself seamlessly onto the various sites.

To grow into its valuation, which is rumored to be in the hundreds of millions, and appeal to the masses, Genius will have to skirt a thin tightrope of tightening its community management system to be more vigilant about offensive material while maintaining its brand and sense of humor. It may even have to turn initially to a traditional media company by originating more content alongside its crowdsourced content.

Student comments on Genius: Annotating the World, One Rap at a Time