“I just hit 10,000 steps!” means something to the masses because of Fitbit. But nearly 5 years after their highly successful IPO, the future of Fitbit is uncertain for a few reasons. Step counters and other activity tracking tools have not been shown to drive improved health outcomes for individuals, yet Fitbit is attempting to sell more devices though insurers who will demand results to extend contracts. The long-term staying power of this strategy is worrisome. In addition, Fitbit is facing intense competition in the DTC space and some signs point to smartwatches being a winner-take-all market. It seems unlikely Fitbit will be able to weather this storm.

First and foremost, do Fitbit’s actually work? Can people spend $100, wear something on their wrist for a few months and become more active or lose weight? Unfortunately, as you may have suspected, the research is not promising. According to a study done at Mayo Clinic1, when participants were given an activity tracker as part of a broader weight loss program, the group with the tracker lost less weight than the control group. The first possible explanation for this outcome is that when calories burned through a workout are made apparent to the user, that user is more likely to treat themselves to that cookie or extra serving of dinner. Second, while some people are encouraged by the exercise goals and walk laps around their home for an extra 15 minutes at night to meet the target number of steps, others feel discouraged by not meeting them and sink into the couch with a bag of chips.

While these challenges aren’t specific to Fitbit, the mixed results of these studies are riskier to Fitbit. Fitbit has started to sell directly to employers with the first business-to-business wearable called Inspire.2 Fitbit Inspire is one of the most basic versions of the Fitbit, monitoring steps, heartrate and calories burned. They claim to have 6.8 million “patients” through their employer and insurance provider partnerships, and I worry that as additional studies like the Mayo Clinic study are released, insurers and employers will be less likely to toss in the Fitbit as an add on product in a health benefits plan.

Finally, for your enjoyment, watch a few minutes of this video. The creativity of humankind means there are innumerable ways to hack one’s step counter. A couple of my favorites are at the 1 minute and 3-minute mark. I’m sure it’s quite obvious why this poses a long-term threat in the B2B  space. 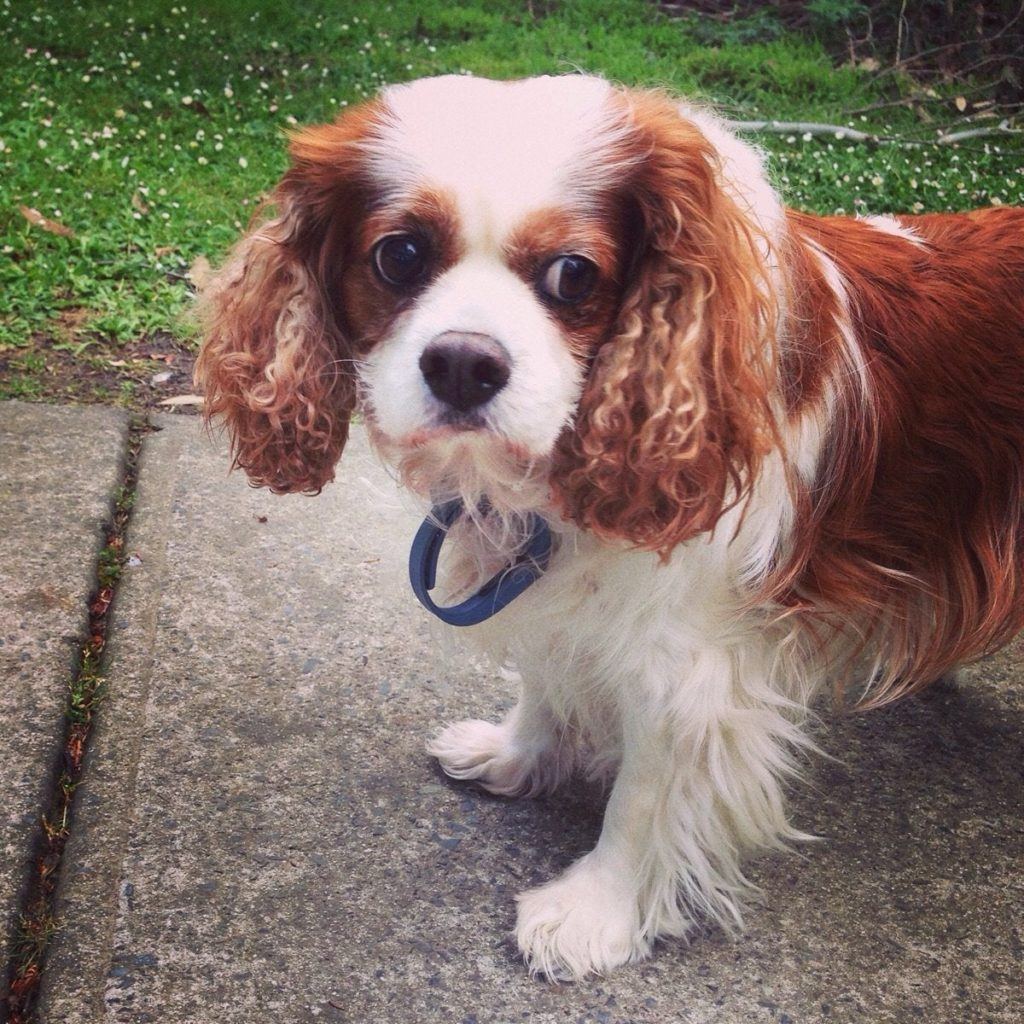 The one bright spot for Fitbit lies in their partnership and software strategy. Fitbit’s mission statement is “help people lead healthier, more active lives by empowering them with data, inspiration and guidance to reach their goals.”3 They are working to extend beyond the wearables market by partnering with employers, health insurance companies, and medical device makers. These partnerships, combined with the potential increase in capitated insurance models, could allow Fitbit to be a part of meaningful breakthroughs in the way healthcare is managed.

If we still believe in the even the short-term power of fitness wearables, the next major issue for Fitbit is its competition. It has heated up and continues to do so. Fitbit was one of the first fitness trackers to go mainstream in 2008 and had 67% market share by 2014.4 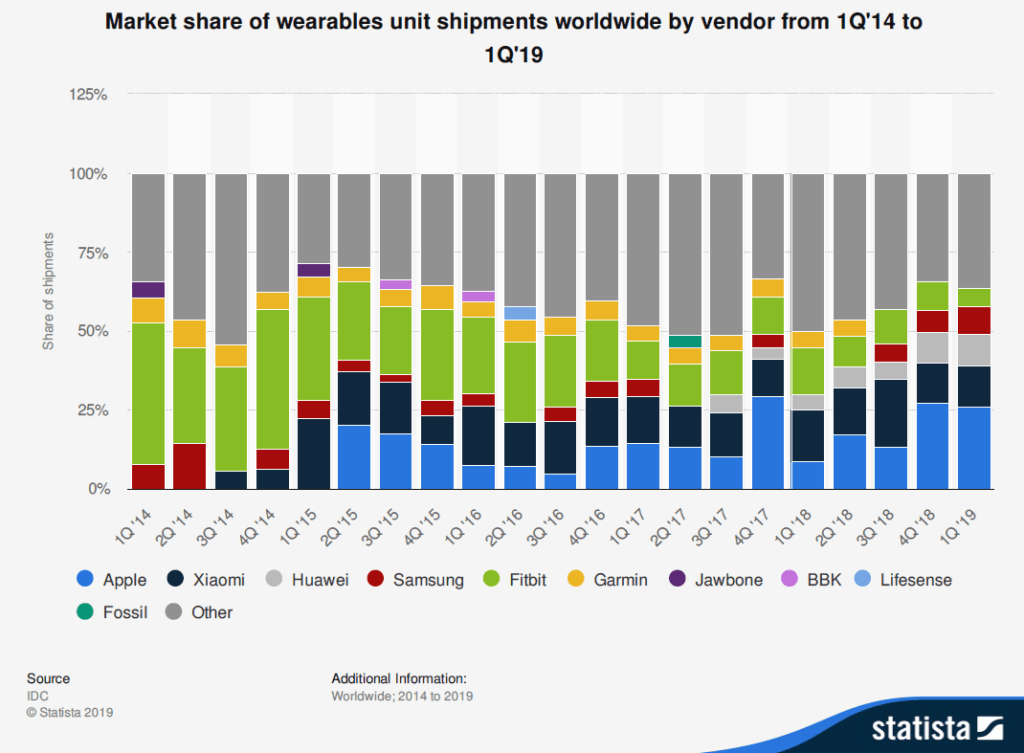 But as smart watches entered the scene, Fitbit’s fall wasn’t so graceful. Fitbit attempted to hold on by releasing their own versions of a smart watch, but reviews of the best wearables from the 2020 CES conference are not highlighting any Fitbit products.5 Later entrants to the space are taking the cake this year:  Suunto, AmazFit (as it turns out this is a brand under Huami, not Amazon), and Withings.

As Fitbit’s revenue has declined, we’ve seen a (although smaller) decline in R&D spend since Q3 2018. R&D spending for the most recent 12 months was below $300M. With giants like Apple gobbling up market share and with R&D spending ending in a B, Fitbit’s ability to keep up a competitive pace of innovation seems unlikely.

Fitbit went public in June of 2015 at $20 and quickly jumped to a high of $47.6 Since then, declining sales, gross margins, data accuracy lawsuits, and Apple’s smart watch release all contributed to the stock’s performance in the 5 years post IPO. Today, February 11, 2020, Fitbit opened at $6.64.

In late 2019, Google offered to acquire Fitbit for $2.1B.7 However, recent antitrust concerns related to how Google would use the data that Fitbit has collected has put the deal on hold and the post-announcement stock price increase is slowly eroding.

All-in-all, Fitbit was a master in creating a consumer craze, but couldn’t hold on. While the sustainability of the entire market is in question, Fitbit does not seemed positioned to win.