While “it is notoriously difficult to predict which people and which products will succeed in the creative industries”, a safe solution is always to use the crowd’s opinion as a compass. Fashion Nova seems to have mastered the art of “crowd reading” by monitoring Instagram’s user’s Engagement Rate on the photo sharing platform. The ER, a clear indicator of crowd’s taste considers the number of likes and comments in its equation and constitutes a free, easily accessible data.

After Instagram (IG) became so popular, Fashion Nova, a low-cost e-fashion company has developed a winning scenario by exploiting user’s ER on one hand and asserting the brand’s reputation on the other hand using paid partnerships with the same IG influencers whose style was emulated, thus rising from anonymity to pop-stars favorite’s brand in only a few years. With over one billion of monthly active users, IG is the leading platforms for influencer marketers. A quick overview shows that IG and e-fashion will respectively experience promising growths while both attracting the same age segment as well. Most of IG users are between 13 and 29 years old which turn out to be FN’s targeted crowd. FN experienced a rapid expansion since the launched of its online service in 2014. In 2017, CEO Richard Saghian said “the company grew by 600 %” and in 2018, Google placed it the most Googled fashion company, before major luxury fashion brands. 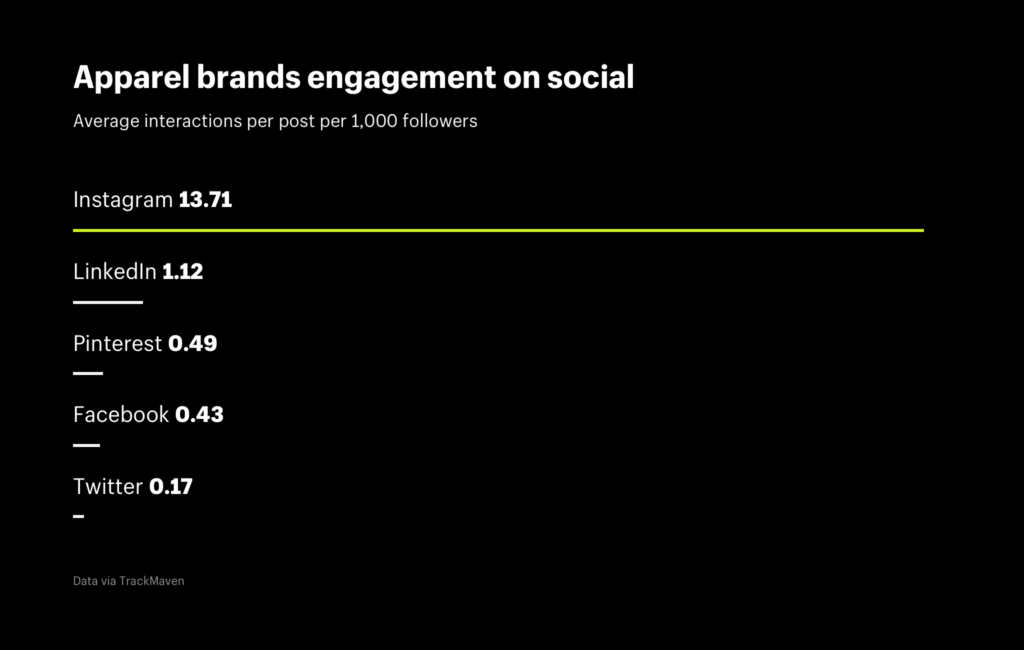 Fashion Nova’s business model is based on sensing the popularity of certain IG influencers’ style in order to immediately offer a copied version at very low price, ranging from around 9 to 50$, on their online store. It takes FN 24h to create a prototype, photograph it on a model and post it online. Their success is due to their ultra-fast-paced organization from design, the company deals with over 1,000 manufacturers, to same day delivery, available to customers within 40 miles of LA. Their inventory is extremely large since they offer “500 new styles a week” according to Saghian.

The company can also rely on its fan-base, among which 3,000 micro-influencers regularly send pictures of themselves wearing the brand’s apparel to the official FN account in order to be broadcasted. They constitute the brand’s visible community, the Novababes. Appearing on the main FN page, with its 14 million followers, represents the opportunity for rapid fame-boost and free new clothes as a form of payment. Like Threadless, FN shares vaguely similar democratic-pop-culture values that seems to please its community. Instead of offering the opportunity for anybody to become a designer, in this case, anybody can dress like the Kardashian-Jenner and be Insta-famous. Ironically, the CEO doesn’t want to share the company’s revenues which, in my opinion, would highlight the gap between the brand’s high profitability and the low compensation to the Novababes.

Indeed, managing a crowd in the fashion industry today also means carefully polishing a reputation in order to avoid costly damages. Social media platforms have given such a strong voice to the crowd. The case of Dolce & Gabbana Chinese campaign scandal shows a great example of a traditional fashion business model failing to anticipate the power of social media viral backlash movements. In November 2018, the very influential IG account @diet_prada, aka “the fashion watchdog of IG” allied its effort with Chinese pop stars to denounce the racist connotation of D&G latest ad campaign targeted to the Chinese market. The average engagement peaked during that period illustrating the virality of the movement and the necessity to read engagement in consideration of context. A great number of negative comments were posted, liked and forwarded with the mentioning of the brand as well as pictures with the hashtag “#D&G” referring to customers burning their D&G clothe in indignation. Although Domenico Dolce and Stefano Gabbana made public excuses addressing the issue directly, the incident still bears its repercussion on their reputation which comes at a high cost since China’s consumption of luxury goods represents more than one third of the world’s consumption according to Bain & Co estimated projection for 2025. 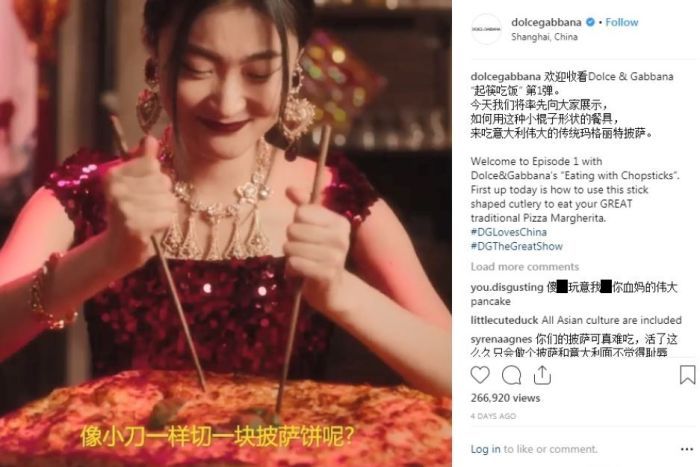 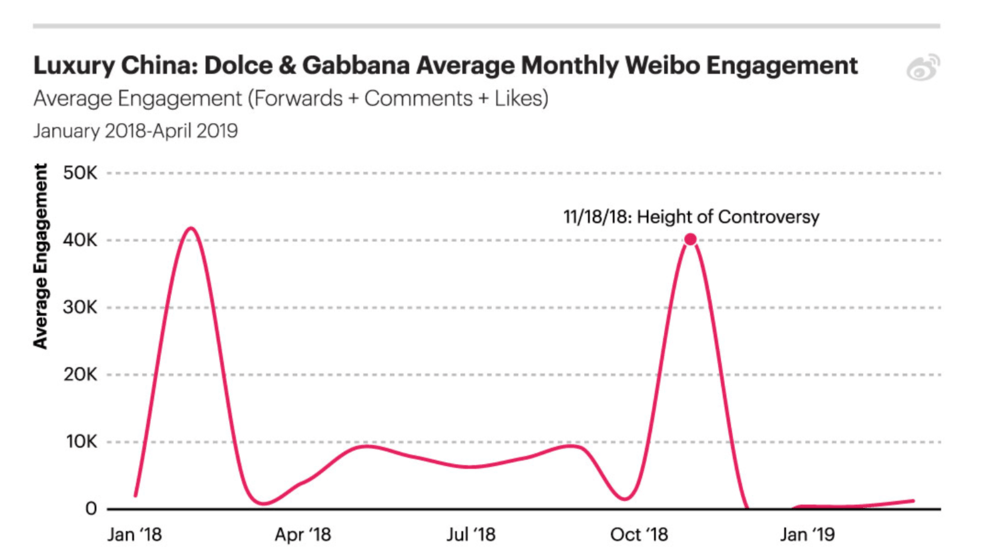 Fashion Nova seems to be more in touch with the crowd, they upload pictures almost every day and invest in their relationship with influencer who in turn manages crowd opinion although it comes to a non-neglectable cost. Kylie Jenner charges around 1.2M$ per post and has an audience of 484.9M followers on IG. According to Fashion Nova’s CEO, each post can drive sales to reach 50,000$. In its analog version, Vogue charges around 100,000$ for a full-page ad and has a distribution average of less than 200,000 printed copies per issue. 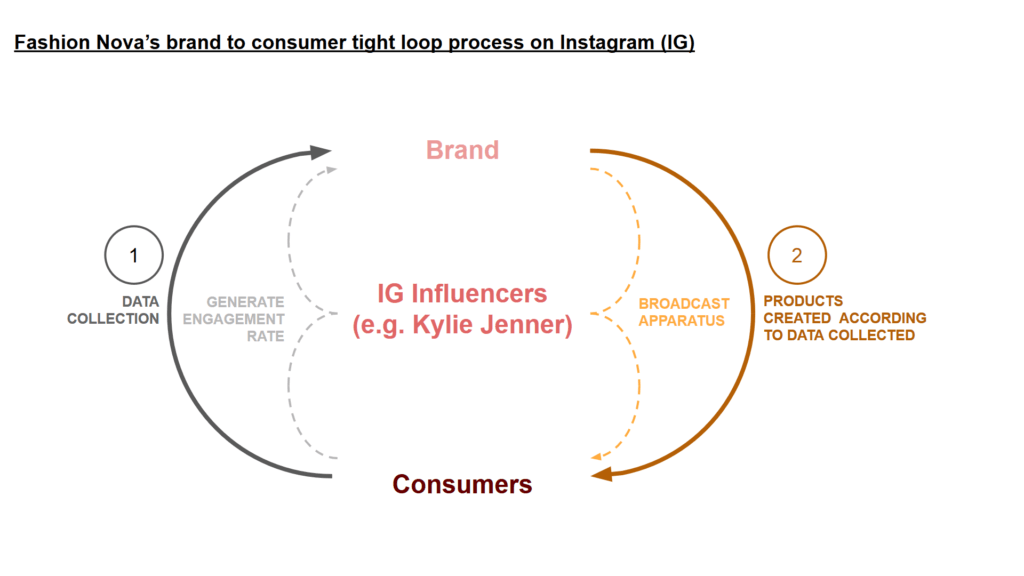 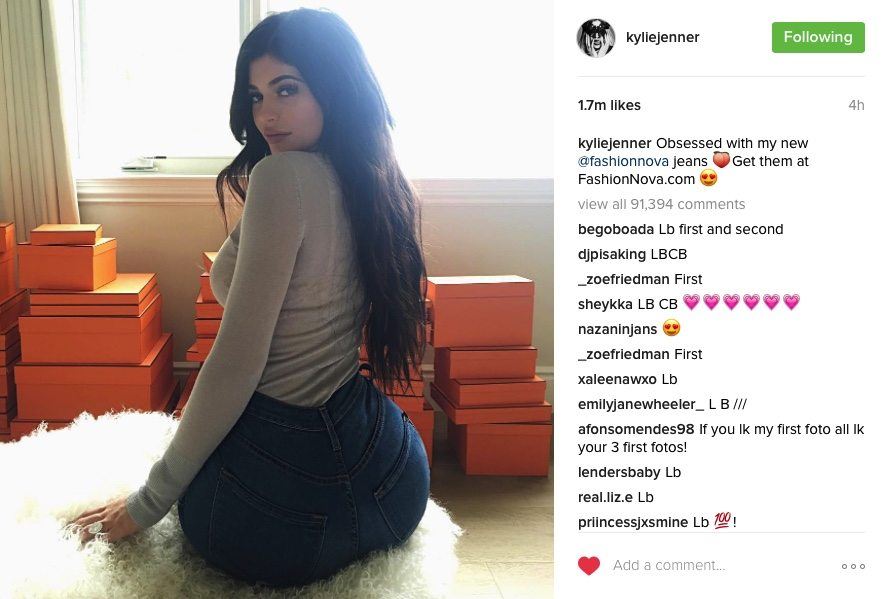 The contrast between Fashion Nova business model and D&G approach shines light on how social media has brought new opportunities and disruption power in the fashion industry. It doesn’t require hard technical skills to read trends by observing ER. Taste are less obscure than they used to be which open market opportunities to small scale niche e-retailer to grow and challenge the traditional fashion institutions. Global luxury brands are not invulnerable to shifting public opinions and if they fail to capture the values that are in vogue nowadays such as transparency and engagement with the crowd, racial inclusion, body positivity or sustainable practices, they might not survive the growing competition. Social media shrinks the distance between fashion brand’s actions and their public image, yet their image is their most valuable resource since the fashion industry is mostly about communication. Brand’s reputation is a commodity that weight more than the product itself. The next pressing question is, in order to sustain its growth model, how will Fashion Nova deal with growing controversies accusing them of intellectual property infringement? Are they immune to this kind of backlash given that they are doing such infringement in order to tightly respond to their very niche customers demand? 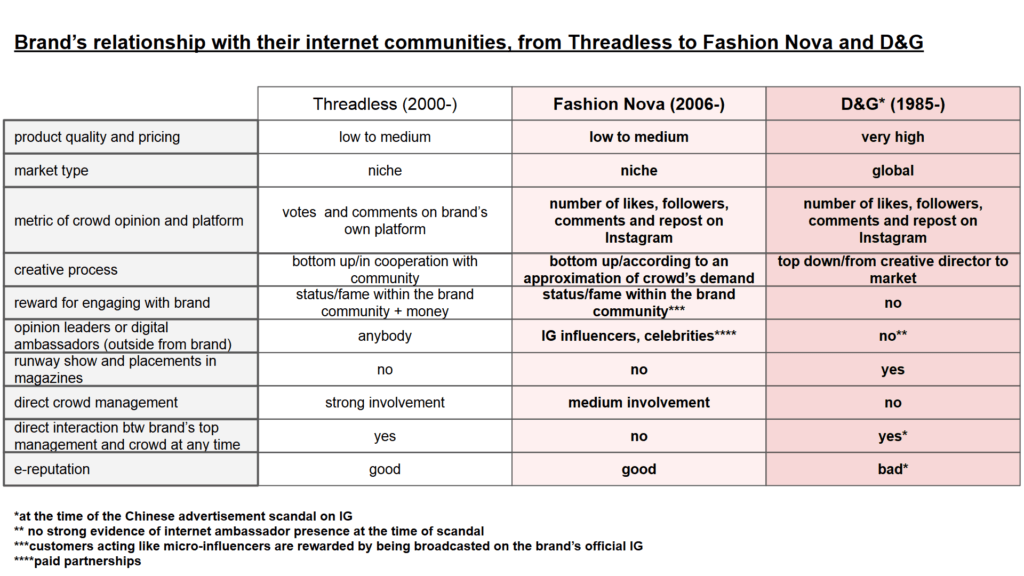 Instagram, and Trackalytics. “Instagram Accounts with The Most Followers Worldwide as of September 2019 (in Millions).” Statista, Statista Inc., 2 Sep 2019, https://www-statista-com.ezp-prod1.hul.harvard.edu/statistics/421169/most-followers-instagram/

Student comments on Fashion Nova, the rise of an Instagram based crowdsourcing and marketing model