Didi, the Chinese ride-hailing giant, is looking for ways to build up its big data and artificial intelligence capabilities.[1] Every day, the platform receives more than 25 million orders, collects more than 70TB of new route data, and obtains more than 20 billion queries for route planning and 15 billion queries for geolocation. [2] Using the colossal amount of real-time user-generated data on urban transportation, DiDi plans to improve the efficiency of its ride-hailing service as well as to ease the congestion on roadways.

In peak hours, the most common method used by taxi-hailing apps to balance supply and demand is surge-pricing. The aim is to both increase the supply of drivers by incentivizing them to hit the road, and reduce the demand from riders by discouraging them with high surge prices. It is a practical, albeit inelegant solution to a lack of available resources during peak traffic times. [3]

Based on historical data, DiDi develops algorithmic systems that has real-time and predictive dispatching planning power to optimize resource allocation during rush hours, potentially eliminating surge price and solving supply-demand imbalances. Riders could still get a ride at reasonable pricing even at peak time and drivers could better utilize time and vehicle by being notified ahead of time where to go.

According to Paul Wang Zhanwei, a data analyst working on Didi’s urban transportation program, today DiDi already can forecast demand about 15 minutes in advance, with 85% accuracy, within a specific region. [4] 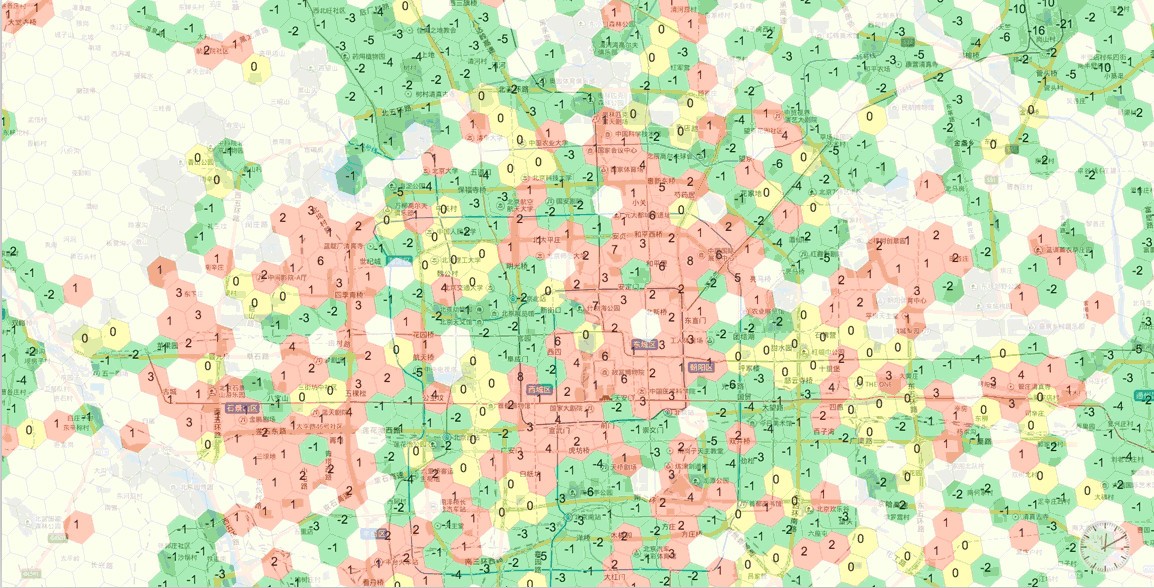 Using predictive algorithms and real-time data, DiDi could anticipate traffic jams and route its own riders and drivers around existing traffic so as to alleviate traffic congestion. DiDi also actively partnered with traffic police department on smarter transportation management.

Earlier 2017, a trial was set up on Jinshi Road, one of the most heavily congested in the city. Data gathered from Didi Chuxing’s drivers powered smart traffic lights which were equipped with special sensors that synced the lights in real time… by analyzing data from the army of Didi’s drivers, the system could predict when and where the traffic is likely to form, tweaking the light pattern in order to ensure a smoother driving experience. Congestion during rush hours dropped by almost 11%, according to the company’s data. The program was deemed a success by the city’s authorities who are now looking to install more smart lights in the city. [5] 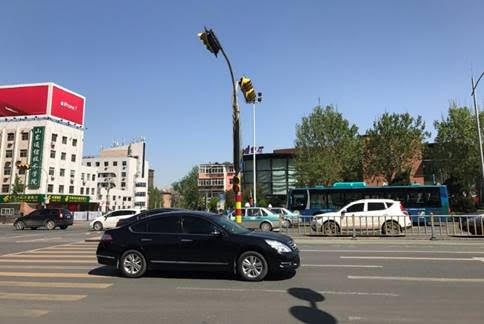 Smart traffic signals positioned at an intersection on Jingshi Road

Chinese cities, like their counterparts from Singapore to Helsinki, are working on building sustainable “smart cities”, where Didi believes that it could play a key role. DiDi is now working with 20 cities including Nanjing, Shenzhen, Jinan, and Wuhan to improve traffic management with its data capacities on projects including smart traffic lights, physical traffic directing screens and reversible vehicle lanes. [4]

With a new round of $4 billion funding in last December, the company aims to deepen its big data technology and artificial intelligence capabilities to become a global leader in smart transportation and automotive technology. However, its dominant position in the core ride-hailing business was recently challenged by Meituan, World’s No 4 unicorn and one of China’s most valuable private tech firms. Beijing-based Meituan, known as the Chinese Yelp for its online-to-offline business model offering services from restaurant reviews, food delivery, movie ticketing and travel bookings, is launching a national expansion of its ride-hailing business since March 2018.[6] With another round of ride-hailing war, would DiDi channel its recently-raised capital from AI investments to an inevitable price war? How should DiD defend its position in core business while develop its technological edge?

AutoGrid is Turning the World’s Energy Data into Power