King Digital Entertainment is a game development company that specializes developing social, mobile games. After going public in 2014, the company was acquired by Activision Blizzard for just under $6 billion in 2016. With a range of titles including Candy Crush Saga and Farm Heroes Saga, the company is known for its colorful, casual mobile games that tend to be “match three,” which require players to match three or more of the same candies or vegetables together. All of King’s games are level based and free-to-play but offer in-app purchases, which allow gamers to use real money to buy some form of power ups that assist in beating those levels. After choosing to remove advertisements from its games in 2013, all of King’s revenues came from in-app purchases through the end of last year. 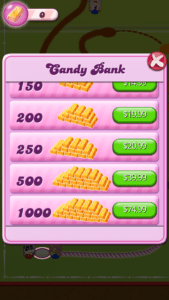 In 2017, King generated $2 billion through in-app purchases, reported 290 million monthly active users and saw time spent per user grow to 37 minutes. Through January of this year King had the top two highest grossing mobile game apps on iOS in Candy Crush Saga and Candy Crush Mobile Saga. The two generated an estimated $2.2 and $1.7 million in revenue per day, respectively. Although the casual mobile gaming market has cooled significantly over the last several years, the mobile gaming market is projected to grow to over $50 billion this year.

King’s success goes beyond just making addicting games that people like to play during their commutes. As a point of reference, Zynga which is one the company’s closest competitors and creator of the once popular FarmVille, reported its first year of profitability in over 5 years last year and has struggled to remain relevant post FarmVille. King on the other hand has managed to keep Candy Crush Saga at the top of the charts 6 years after its launch and has done so through a rigorous reliance on data to dictate every aspect of the consumer experience. 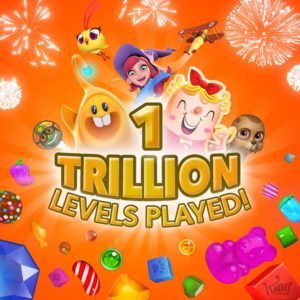 The company is renowned for allowing its data to be the final decision maker and for using A/B testing on everything from l evel sequencing to game colorings to increase user engagement and to incentivize users to make in-app purchases. When the company decided to make the early levels

in one of its games a bit more challenging and saw second-day retention fall as a result, it chose to finish the test rather than panic and actually found that 14-day retention actually increased as a result. A producer for King’s Blossom Blast Saga noted the importance in a 2016 interview, saying, “The primary thing I need from data as a producer running a game team is the confidence to know that I am doing the right thing, and data contributes more and more to confirm that. Whether it’s features or positioning and marketing, I look to data for the proof of concept and the confidence that I’m either doing the right thing, or that we need to scrap what we’re doing and do something else.”

As a past HBS student wrote in a previous DI blog post, King collects hundreds of GB of data every day and reached over 1 trillion games played in February of 2015. As the company uses these learnings to improve its existing games and leverages its lessons to improve on new releases, it is well positioned to remain competitive in both the mobile gaming and free-to-play market places.