Coca Cola is the world’s largest beverage company, with over 500 soft drink brands sold in more than 200 countries. Every day, the world drinks more than 1.9 billion servings of their beverages including Coke, Diet Coke, Fanta, Sprite, Dasani, Powerade, Schweppes, Minute Maid and more.[i]

Given the size of its operations, Coca Cola generates a substantial amount of data across its value chain – including sourcing, production, distribution, sales and customer feedback. Over the years, the company has embraced Big Data to drive its business strategic decisions.

According to a Forbes article, Coca Cola was one of the first globally recognized brands, outside of the tech sector, to embrace Big Data. In 2012, its chief big data officer, Esat Sezer, said “Social media, mobile applications, cloud computing and e-commerce are combining to give companies like Coca-Cola an unprecedented toolset to change the way they approach IT. Behind all this, big data gives you the intelligence to cap it all off.”

More recently, Greg Chambers, global director of digital innovation, has said “AI is the foundation for everything we do. We create intelligent experiences. AI is the kernel that powers that experience.”[ii] It is quite clear that data analytics and AI have been woven into the fabric of Coca Cola.

In a world that is increasingly dynamic, with changing customer behavior, Coca Cola is betting on Big Data to remain relevant.

Coca Cola has been investing extensively in research and development, especially in artificial intelligence, to better leverage the mountain of data it collects from customers all around the world. This effort has helped the firm better understand consumer trends in terms of flavors, and customer’s preference for healthier options in certain regions.

In addition, given Coca Cola presence in 200 plus countries with varying customer trends and the rise of innovative brand, it has become increasingly important for the beverage company to understand and track the evolving taste of its customers and introduce a social consciousness to its product offerings. 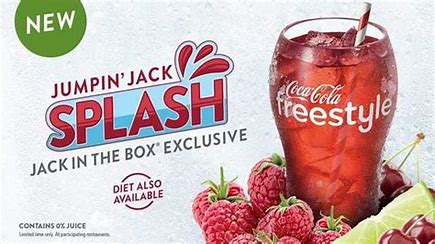 In 2008, Coca Cola unveiled a new fountain drink machine, which allowed customers to prepare drinks, mixing a variety of flavors, from their smart phone. With smart phones, people can order exact percentages of different mixtures and flavor additions and save them for next time. Based on monitoring data collected from this self-service soft drinks’ fountains, Coca Cola launched Cherry Spirite as a new flavor.

Given the prevalence of smart phones and how it has been woven into the fabric of our daily lives, Coca Cola sort to leverage this platform to connect and engage with customers in a deeper way.

These freestyle fountain machines, which generated invaluable insights into customer preference, led to launch new brands and flavors. “We discovered that there were a lot of people that really preferred Cherry Sprite. This channel has become a powerful outlet for the introduction of new brands or flavors.” Thomas Stubbs, VP/Engineering and Innovation at Coca Cola.[iii]

Coca Cola also uses data to inform how its sources for raw materials. For example, the company accesses data about weather, crop yields, pricing, and taste, combined with satellite imagery, to inform when and how they source oranges for juices.[iv] This data informs an algorithm that matches products to local customer tastes and ingredient availability.[v]

Coca Cola has over 100 million followers on Facebook and 35 million on Twitter. Their vast reach has expanded even further thanks to AI, as they’re able to analyze the web for mentions of their brand across the Internet.

In 2015, for example, they were able to determine that Coca Cola products were mentioned online once every two seconds. Having access to this information helps them understand who their customers are, where they live, and what prompts them to discuss the brand. They could also use AI image technology to identify when photos of their products were uploaded to social media, and then serve people ads based on the images they uploaded. According to company representatives, such targeted ads are four times more likely to be clicked on than other methods of targeted advertising. These techniques might lead to original advertising created by AI technologies, such as “automated narratives” according to a Coca Cola marketing executive.[vi]

Coca Cola is increasingly betting on data analytics and AI to drive its strategic business decisions. From its innovative free style fountain machine to find new ways to engage with customers in a meaningful way, Coca Cola appears to be well-equipped to remain relevant in the future.