When the first iPhone was released in 2007 and Apple App store opened the following year, SK Telecom, South Korea’s largest wireless carrier, kept an eye on it and began to develop its own app store to prepare for the new smartphone era. SK Telecom which had been leading innovations in telecommunication industry, such as the world’s first commercialization of CDMA and synchronous 3G service already had its well established mobile portal ‘Nate’ launched in 2001. Feature phone customers could download music, game, and apps from Nate. SK Telecom earned more than 1 billion USD from Nate in 2009, including data charge. To maintain its leadership in mobile ecosystem, SK Telecom launched T store, a mobile application market based on Android operating system.

Even though SK Telecom was swift to respond to upcoming era of smartphone and mobile application market by launching T store in September 2009, it wasn’t easy for T store to build its ecosystem from the start.

There were not many Android application developers. Content providers and mobile game companies were hesitant to develop Android version of applications because their businesses were very dependent on Nate and  70: 30 revenue split, which then became de facto standard, seemed worse than current 90:10 revenue split of Nate.

At the same time, there was organizational tension inside the company. Nate business division didn’t welcome T store and worried about losing its established business and ecosystem.

T store team developed a tool which could convert Nate applications to Android apps, hoping that it would increase number of apps on T store but users complained about low quality of them.

To solve problems, SK Telecom decided to embed T store into all the Android phones and carry out a reorg and appointed me, then a manager of Nate game business, to T store team because I was the only one in the company who had experience in both mobile game business and application market.

I knew that mobile game was the killer app in application market and the key to the growth. So I started talking with game developers and made them understand the upcoming era of smartphone and mobile application market. I also provided game developers with subsidies and incentives as well as my expertise such as global game trend for them to develop Android-native games and make a smooth transition from Nate to T store.

I also sought games that matched users’ tastes and loaded them onto T-Store exclusively, and also designed and launched a new, highly popular marketing concept in mobile games, which allowed users to try paid games for free for a certain time period to raise T Store’s competitive edge in market, enhance discoverability for game developers, and increase customer acquisition, resulting in a significant leap in revenues and users. Ultimately, T-Store reached 70% market share in the android app market with 20 million users, overwhelming Google Play, which was very rare case in other countries where Google Play were available. 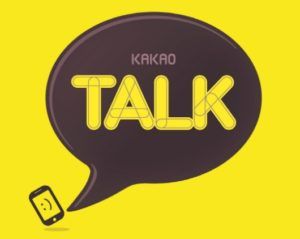 However, when T store was consolidating its dominance in mobile application industry, Kakaotalk launched its new Kakaotalk game service in July 2012. Kakaotalk was a mobile messaging app like whatsapp or wechat, which had more than 50 million users, serving both Android phone and iPhone users. Before the new service was launched, we knew that Kakaotalk was preparing some game related service but we could not identify its features and functions. After the service was released out in the market, we found out that Kakaotalk games employed a friend-invitation function that directs people to google play – our competitor. However, we thought the service was not user-friendly and it would not seriously impact on T store since the service forced its user to register email address. Kakaotalk originally didn’t ask users to register email accounts for the use of its mobile instant messenger service and that’s why Kakaotalk was able to gain popularity. Unfortunately, we disregarded their huge user pool. More and more people began to enjoy Kakaotalk game service and therefore T store began to lose its market share. 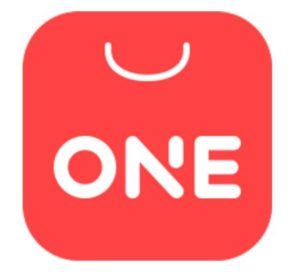 T store lost its market dominace and became weak. Game developers who once had wanted to launch their games only on T store were eager to launch their game on Kakaotalk game service. T store’s market share shrunk to 20%.  To regain its market share from Google play, SK telecom decided to spin off T store and established a joint venture with Naver, South Korea’s largest internet company and other carriers, KT and LG. SK Telecom originally wanted collaborate with Kakaotalk instead of Naver but it didn’t work out due to different valuation of T store business. Now T store changed its name to ONE Store(http://onestore.co.kr/userpoc/main), hoping to be ‘the one’.

In Airbnb We Trust

Student comments on Can a platform, once lost, regain its power?