Without any doubt Apple’s decision to enter the music industry has been a huge success: It all started with the introduction of the first iPod in 2001, which was soon followed by the launch of the iTunes Store in 2003. The hardware lineup changed over the course of the last 15 years (iPod Classic/Mini/Nano/Shuffle/Touch), and the iTunes Store soon became the largest music vendor in the United States in April 2008. This year Apple has now introduced Apple Music, a music streaming service. At first sight this just seems like a natural evolution of their iTunes platform, but looking at this move from a network effect perspective, it reveals a very interesting transformation that is happening in this field:

For almost 15 years the success of Apple’s devices and iTunes services has been primarily based on indirect network effects.  As the number of iPod and iTunes users grew, the number of available songs (respectively the number of cooperating music corporations), app developers, and equipment manufacturers increased. The iPod/iTunes ecosystem steadily grew in size and thus the resulting cross-group network effects put Apple in a strong position to capture a significant portion of the sales generated by songs from music corporations like Universal Music or Sony BMG. While, until recently, this model has been consistent and successful, Apple now seems to recognize that the nature of network effects in the music industry changes.

1)   Recommendation systems based on user preferences: The value that is created by music streaming services heavily depends on playlist 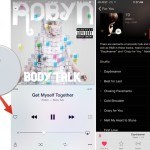 quality. The capability to tailor the service exactly to individual preferences and to suggest great music the user might like is probably the crucial component of these services. Machine Learning and other Data Analytics techniques help to create better recommendations, but rely on a large number of users, whose preferences are analyzed and combined with “similar” users. As a result, the value provided to a user directly increases with each additional user of the service.

2)   Social Network:  One of the key success factors of the early Spotify business model was the interaction with social networks like Facebook. Users could share their favorite artists, explore playlists of their friends, and, as a result, friends of existing users could be attracted to the service as new users. This social component builds a larger ecosystem around the core streaming service and increases the platform’s lock-in effects. 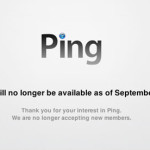 Looking at Apple’s strategic moves within the last years, it is obvious that they recognized the need to strengthen their direct network effects already a few years ago. In 2010 they launched Ping, a music-oriented social networking and recommender system. However, it never reached the tipping point and was officially closed only two years later. Now the release of Apple Music is their second attempt to introduce these strong direct network effects to the market and to finally create sufficient lock-in effects that keep users in their ecosystem. With “Connect” they launched a new social network and various features such as the “heart” option next to each song strengthen the social component of the service. Furthermore, their music recommendation system is embedded prominently on every iPhone and iTunes.

Was the design of a “social” Apple Music the right decision or will it be a second “Ping”?

Given the fact that their important iTunes Store was seriously threatened by declining sales, I think their decisions regarding Apple Music have been the right move. Not only is the music industry a very attractive market in terms of size/value, but music services also have the capability to create a much closer social connection with customers than Apple’s regular hardware sales do. However, with music content alone, it is very difficult for Apple to create sufficient lock-in effects, since the big music corporations are able to license their songs to many other services simultaneously. As a result, Apple has no control over the content supply (although that seems to change) and there’s an increased risk to be replaced by other competitors and new entrants (e.g. with a low-price strategy). A sharp focus on direct network effects is probably the only strategy to build a sustainable music streaming platform and the best opportunity for future growth.

The first Apple Music statistics show that this strategy seems to pay off.

BlackBerry: Too Reliant on Network Effects in the Face of Better Products