What is AI Patents?

A traditional search engine is not always the tool we need. There are challenges in which we need the results of our queries to be in line with the essence of a concept or complex idea. We need to describe such concept or idea in long free text format; not on keywords. Words have meaning in the context of the neighboring words.

An example of this is the universe of patents where there are any possible ways to describe the same invention. Patent’s technical language is complex and has multiple synonyms that describe similar concepts. In addition, deliberate ambiguity in claims is used by lawyers filling the patent to differentiate their application to existing patents and reveal as little as possible about the technology while still protecting it. Therefore, it is extremely difficult for patent examiners or inventors to determine the similarity of  two inventions [ 4].

The increasing number of patent applications around the world also adds to the complexity. In the past decade the number of new patent applications worldwide more than doubled, exceeding 3 million new application in 2018  [ 2]. That same year the number of patents in force exceeded 14 million, which translates into nearly 1 billion pages. Many of the patent offices are not coping well with the increasing demand and are looking to increase the efficiency of the patent examination process by using automated solutions. Inventors are also looking for faster and cheaper ways to identify if their technology already exists before committing more resources to develop it. That is where AI Patents (AIP) comes in.

AIP has created a semantic search engine powered by AI that compares documents on the basis of ideas, not words. Current keyword-based search is complex and heavily depends on skills and art of the searcher. Content based search, unlike Google, Yahoo! or Bing, offer a search engine that will match long search to long text. AIP’s search engine expects long queries (more than 2 sentences), this text will run on a state-of-the-art algorithm that recognizes with high precision similarity based on meaning and ranks accordingly all relevant documents. 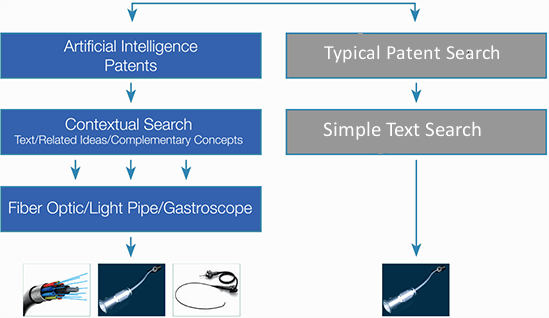 AIP’s algorithm was trained over thousands of data sets and beta testing was performed with a multitude of different customer segments. Through this training, the AIP search engine learned to recognize the textual relationships that describe scientific concepts, and it uses this knowledge to compare inventions. The algorithm continues to learn, as new technical terms are adopted over time, the engine dynamically learns other terms that are most closely associated with the introduced words [ 1].

How is AIP creating and capturing value?

In July 2016, the United States Patent and Trademark Office (USPTO) awarded AI Patents the contract for integrating its search technology into the USPTO. AIP’s solution was Selected from 22 competing vendors based on the performance in qualifier case. The product was deployed in 6 months, fully integrated with existing examiner online tools and provided easy-to-use approach for examiners to speed analysis of potential rejections. With AIP examiners rejected 30% – 50% of applications (depending on  technology area), faster and with higher certainty  [ 3]. 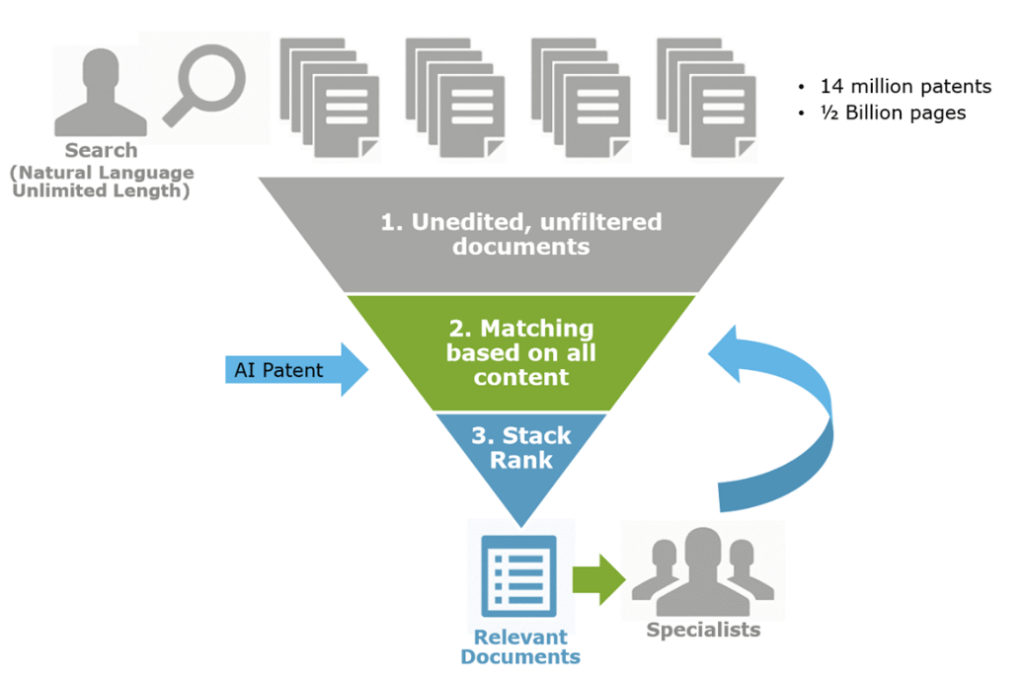 AIP’s value creation has been confirmed not only by the USPTO, but also by corporations. The Director of Licensing and Alliances at a fortune 500 company described AIP’s engine as the “best semantic search engine” that he has used. The breadth of AIP’s offering to the patent community has been validated by multiple market segments paying for the service. Their customer list include blue-chip companies, medium-sized businesses, startups, patent investment pools, universities and the U.S. government (for example, Department of Defense) [ 1].

What are the challenges and opportunities facing AIP?

Despite the positive results, I think AIP will have a hard time scaling or expanding its product offering to other applications. The engine developed by AIP is very specific for patents and scientific content. For other applications a typical simple text search might be much more efficient. Even for complex search, competition is tough for such a niche market player, companies like Google Patents and Clarivate Analytics have very strong products (and google offers its product for free).

Specially, it is hard to differentiate when your customers are not experts that will appreciate the nuance from a highly specialized product like API. Sure, for USPTO examiners the benefit of using API is huge, but what about for the individual inventor? Do they appreciate API’s highly precise engine vs. another less precise free option?

I think the individual inventor is probably API’s greatest area of opportunity for growth. They clearly unlock a lot of value for these individuals, hiring a lawyer just to understand if the invention could be patentable can cost around 5k usd. API offer a very detailed and accurate assessment about the uniqueness of the patent and could reduce lawyers’ costs considerably. But to my point above it is going to be hard to communicate the value and the cost of acquiring these costumers will be very expensive.