Beepi sought to reduce friction in used cars sales via an online peer-to-peer marketplace that handled the hassle of listing and fulfillment handled for sellers and provided third-party transparency for wary buyers.  A big part of Beepi’s bet was that their convenience and ancillary platform services could counteract the buyer’s typical need for a test drive before making a purchase.  But in a world where buyers and sellers can easily multi-home, limited car inventory slows transaction liquidity, and a dearth of direct network effects made scaling in this highly capital-intensive business especially challenging, Beepi went from being a venture darling to utter dissolution in just under four years.

Here’s how Beepi works.  A seller would submit basic information about his car to Beepi and await an in-person, 240-point vehicle inspection and quote.  If the seller approves the quote, Beepi lists the car on its site and handles the heavy lifting of photo-taking for the listing page.  If no one buys the car within 30 days, Beepi purchases it itself and then re-lists it on the site.[1]  Additionally, Beepi manages car fulfillment, delivering cars for free in California or charging between $600 and $999 out-of-state.[2]  Buyers even get a 10-day window to return the car, no questions asked.  An added plus: buyers get their car delivered with a special bow stretched across the hood of the vehicle. 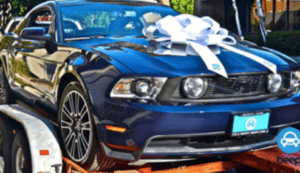 Assessment of the platform:

Things seemed to be going great for Beepi with a projected a $6MM run rate in first year gross sales, of which it would keep its 9% take rate[5]; 2016 was on-track for $100MM top-line.[6]  It became operational in 16 cities across Arizona, California, Florida, New York, and Washington, as well as the greater Washington D.C. area.[7]  Fast forward to these past couple months, when news just surfaced about investors pulling out, a sale attempt to a competitor, Shift, followed by subsequent failed sale negotiations with adjacent players Fair.com and DGDG.[8]

What happened?  Some thoughts on challenges to scaling the platform:

Ultimately, what could Beepi have done differently to compete?

In addition to the points made above on differentiating with a more holistic customer experience, one wonders if Beepi could have done more to leverage sellers as a buyer acquisition channel and vice versa.  Focusing first on a hyperlocal strategy could have aided in initial cost management and brand building, though admittedly would limit the richness of available inventory.  Finally, to this last point, there could be value in engaging with dealers to off-load their used car business, which contributes to expensive brick and mortar overhead.  While dealers may balk at losing a key driver of their in-store business through trade-ins, I’d argue that show-rooming is already dampening revenue capture here.