What are our favorite three to five ideas for the next decade ahead regarding the potential for private finance and delivery of public infrastructure in our sector in these cities? Why?

Our findings differ for Ethiopia and Tanzania predominantly due to our shift in sectoral focus from water and agriculture in Ethiopia to sanitation in Tanzania. Where applicable, some distinctions are highlighted below.

Ethiopians face nearly 50% spoilage from production to consumption due primarily to insufficient storage and exceedingly long transit times. This suggests there are attractive opportunities for investment in warehousing and cold storage, particularly around transportation nodes. The rising income of the middle class is driving increased demand for packaged food products, which are relatively new in Ethiopia. More specifically, there is growing private interest within the dairy sector with western backed companies such as Anchor Milk entering the market. However, current infrastructure does not offer a cold chain for distribution of dairy and other products requiring refrigerated storage. While this investment would require regulatory reform – independent warehousing is currently prohibited – there are opportunities to work with the government to invite investment and limit spoilage. 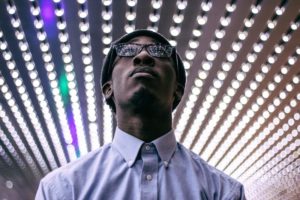 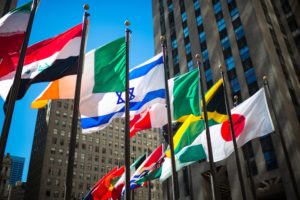 How Cyberspace is Transforming International Security

A glaring paradox exists in Ethiopia – while the country has vast water resources, many Ethiopians lack access to clean water. Even those on-grid often face water shortages. The large amount of groundwater that has gone untapped is largely due to high capital expenditures associated with drilling, lack of geological and hydrological data, difficulty in obtaining land rights, and a government focus on large infrastructure projects. While the endeavor would involve a significant investment in machinery, human capital, and time, we believe groundwater drilling could be an attractive opportunity for private investment. These private operators could provide the technology and machinery for drilling, as drilling machinery is currently imported at incredibly high prices. The private operator would ideally be drilling into known, shallow areas, with the government simultaneously conducting geologic and hydrologic surveys on unknown areas. The company could also provide the human capital needed, as very few Ethiopian engineers are trained in this specific area. These operators could then train locals and decrease labor costs over time. This contrasts with Tanzania, where there are concerns about general water supplies within the catchment areas close to Dar es Salaam.

Tanzania faces severe problems with sanitation, specifically around sewage in off-grid areas. Many Tanzanians employ pit latrines. Though covered once full, overflowing and seepage during rainy season can lead to outbreaks of disease. Additionally, Tanzania’s strategy for sewage disposal is virtually nonexistent. Even on-grid sewage pipes dump directly into the ocean, untreated. While there have been a handful of projects around sewage removal, there remains an opportunity for a private player to solve for both sewage removal and treatment, and capture revenue from two markets. Private players can remove sewage from poorly contained holes in off-grid areas, transport the waste to an area where it can be converted to fertilizer through UV rays on drying beds, pelletize the fertilizer, and then sell pellet packs to fertilizer companies or directly to farms.

In addition to retroactively expanding water and sanitation infrastructure for those areas that are currently off-grid or underserved, new construction provides a significant opportunity for dramatically increasing system capacity. City governments ought to focus on major new construction projects, such as the satellite city programs of the NHC in Tanzania. To do so, these governments must create streamlined regulatory frameworks that require new construction projects to both install new grid capacity and extend the capacity of the entire system. For example, if 1,000 new units are to be built, the infrastructure tax can assess a fee great enough to build and extend capacity for 1,500 homes, converting a strain on the system into a value-added process. Governments can then establish an independent private provider (even if with government ownership share, just as the NHC exists) to meet the subcontracting needs of these new developments to build the additional water and sewage capacity needed to meet the increasing demand of growing urban centers.

What are the key things that private investors and operators need to do to make these ideas into reality?

The political environment of both Ethiopia and Tanzania dictate that a private investment through the opportunities we have suggested would necessitate some partnership with the government, at the very least from a legal perspective, and then hopefully from a financial and distribution perspective. In terms of legality, many of the proposals include investments in real estate – given the strict regulations on land rights, the government would ideally grant / give land to the private company. For financial support, the government could offer volume guarantees on some of the more capital intensive proposals, mitigating the risk associated with the duration of an investment till breakeven. Finally, the government has unique access into various areas through municipality representatives, and could aid private operators in tapping into more off-grid areas of the country.

Private investors should also consider selling to or forming partnerships with other entities, either local companies or large conglomerates. These JVs and contractual agreements would not only give the investor negotiating power with the government, but also give funding and distribution access to other parts of the region. For example, a private operator hoping to invest in groundwater drilling could initially focus on creating relationships with large conglomerates like Coca Cola and Nestle, who use water as an input and have a vested interest in lowering cost and ensuring quality of water.  These multinational companies could potentially enter in an agreement to invest in some of the upfront drilling costs or sign purchase volume guarantees.

Importantly, private companies will need support navigating the cultural and political environment of the country – having locals that are in management positions and play key roles in the diligence of the opportunity is imperative.  Government attention to the water and sanitation sectors in particular have largely been overshadowed by large infrastructure projects.  Success of any investment will require a sponsor that can shepherd the project through the approval process. This includes being able to forge important relationships with distributors, government officials, and customer segments, and to test whether a certain idea would be relevant to the local environment.

Finally, the private operator must be patient, willing to invest in ancillary business areas (education, training, etc.) that may not have clear financial payoff, and willing to creatively pivot if certain ideas don’t test well or if road blocks appear.