Thinking of a multi-sector approach to attracting private capital to public infrastructure, what do we recommend for:

Addis Ababa and Ethiopia. How to create additional value in the Industrial Parks strategy?

We believe Ethiopia’s aims towards industrialization should start with agriculture. Developing the farming sector will enable textile manufacturers and agro processors – who currently import many raw materials into the country — to invest in an Ethiopian-centered value chain that will be more cost effective and sustainable in the long run. This will extend the economic benefits of manufacturing upstream into the agricultural sector. It will require private firms to invest in educating workers about modern farming practices and help to develop the infrastructure that is necessary to support this value chain. The Ethiopian government can encourage this type of investment through policies that reduce risk and provide incentives, for example, financing programs for farmers to buy inputs that will increase yields and quality of agricultural output which will in turn incentivize producers to source from within the country. 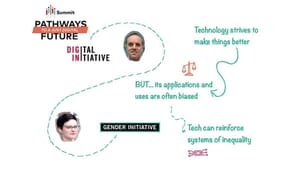 About the project, Pathways to a Just Digital Future 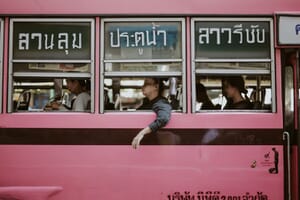 Even if Ethiopia can develop its agricultural sector to supply industrial production in the country, its ultimate growth and prosperity will depend attracting producers to invest in Ethiopian factories. Ethiopia can encourage the construction and development of manufacturing plants by continuing to articulate a clear industrial parks strategy with a plan for supporting infrastructure around those zones. This will give the private sector the confidence it needs to invest in Ethiopia. Workers will be needed to staff these manufacturing hubs, so the government must attract real estate development to the mid-tier cities surrounding the industrial zones. Ethiopia can do this by offering attractive land leases around these zones to foreign developers in exchange for capital commitments to develop the ancillary infrastructure needed such as roads, water and power.

Transportation infrastructure is essential to support the distribution of the output of industrial parks. Producers must be able to efficiently ship their products to consumers across Ethiopia and the world. Ethiopia is already developing a rail network to support its industrial parks strategy and has just opened a rail line that connects Addis Ababa to the international sea port in Djibouti. They must continue to attract private investment to advance this development. We see an opportunity to make this happen through build-operate-transfer (BOT) agreements. If structured correctly, these partnerships would enable private, international financing and construction while facilitating knowledge transfer to local firms, ultimately allowing local private enterprise to operate the rail network and benefit from Ethiopia’s industrial growth.

Dar Es Salaam and Tanzania. How to create value by reducing sprawl and the impacts of sprawl?

Tanzania must look outside of its major cities as it attempts to address the challenges caused by urbanization. To stem the rapid migration into Dar, Tanzania should strengthen the rural areas where these migrants come from. One key sector to focus on is energy, increasing power reliability to citizens in rural and agricultural areas. This can be accomplished by distributed power generation and delivery via mini-grids that will increase access and reliability. Rooftop solar power should also play an important role in providing back-up power to the unreliable grid as it will be affordable and sufficient enough to cover the low demand of rural residents.

Within Dar Es Salaam, smart transportation infrastructure development will be critical to reducing the chokehold that congestion is putting on the city. Dar already has put forward a comprehensive plan for integrated bus system with BRT corridors and auxiliary bus lines. However, investment in mass, rapid transit isn’t enough. Transit must be used to combat sprawl, and encourage the city to grow inward and upward, not outward. This can be accomplished through transit oriented real estate development (TOD). The construction of dense commercial and residential properties around transit corridors and stations will result in a city where people find mass transit as the most efficient and reliable means to travel.

In the urban transportation sector specifically, what are our recommendations for the main avenues to attract private capital to the finance and delivery of public infrastructure in the next decade?

Developing and expanding mass transit is a critical part of Addis Ababa’s resilient city strategy. Expanding the new light rail system, building BRT lines, and integrating the light rail and bus systems would increase accessibility to jobs and drive economic development. However, while Addis Ababa’s nascent light rail system is modern and impressive, it is not financially sustainable or replicable. Operating shortfalls and large capital requirements make light rail expansion currently unattractive to private capital. Furthermore, the financial sustainability of the planned BRT system is unproven and risky for investors.

Looking to examples such as Hong Kong’s MTR, we believe opportunities to attract private capital to the transportation sector exist through TOD. Light rail and BRT stations increase nearby land values by increasing accessibility and the potential for denser development. By capturing increases in land values and sharing this value with investors, mass transit authorities can attract private capital. If harnessed correctly, TOD around Addis Ababa’s light rail stations and future BRT stations can be used to finance mass transit operations and future expansions.

Furthermore, we see opportunities to further boost land value increases around transit stations through multimodal integration. If light rail stations are better integrated with the bus system, we believe these stations will see increased pedestrian traffic, making commercial and retail development even more attractive around these transit hubs. For this to happen, improved government agency alignment is needed to coordinate purposeful multimodal integration.

With crippling traffic and rapid population growth, we see Dar es Salaam’s BRT system as a key component for fixing its growing urban problems. By increasing urban densification around existing and planned BRT corridors, Dar es Salaam can sustainably grow upward rather than outward. The city’s success with its first BRT line illustrates how BRT can be an effective tool at reducing travel times. Despite clear benefits, expected infill development in the first BRT corridor has not occurred thus far. To combat urban sprawl, the city needs to do more to fully activate this real estate.

To attract private capital for transit-oriented development along the existing BRT line, the public sector must first develop a coherent strategy for transit corridor development and zoning. Then, by offering discounted land as an incentive to build vertically, the public sector can attract denser developments to the existing BRT corridor where market rates do not currently justify high-rise buildings. Private developers will invest in projects that are made viable through subsidized land. Once these areas begin to develop, land values should rise enough to encourage private developers to invest on their own.

Expansion of the BRT routes throughout Dar es Salaam will be key in encouraging densification throughout the city. As new BRT routes are expanded to areas with high market rents or areas with large plots of vacant land, we see attractive opportunities for private developers. If the public sector takes control of some of this land, land value capture partnerships can be used to finance BRT expansion to these areas. A growing BRT network will reduce reliance on automobiles and relieve congestion.

Opportunities for Renewable Energy in Ethiopia and Tanzania