Because fares collected from passengers are unable to cover the operational and infrastructural costs of both the Addis Ababa LRT and the Dar es Salaam BRT, we believe the biggest opportunity for private players working in the transportation space is to explore alternative revenue streams that help subsidize the costs of transportation operations. These opportunities include transit-oriented development, touchless payment systems, advertising rights, and building out and selling extra operational capacities such as training, maintenance, spare parts and logistics. In fact, negotiating for and taking advantage of these opportunities – together with transit operations – are likely requirements for achieving operating profitably in both Addis and Dar, given the governments’ emphasis on and goal of making transportation affordable for everyone.

Bureaucracy and political optics remain the number one challenge facing private players in both cities. Transportation is a highly visible and sensitive part of every citizen’s daily life, so private players need to be cognizant of both the regulatory, political and PR risks associated with public transportation. 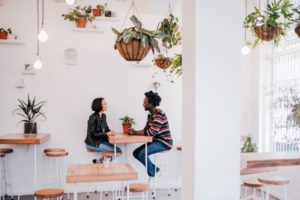 Liberal Arts in the Data Age 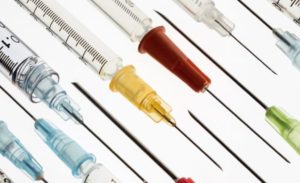 Cold Call: Could a Hackathon Help Solve the Heroin Crisis?

The mindset of governments regarding the profitably of the transit business is the second biggest challenge. Both the Ethiopian and Tanzanian governments believe that the initial capital costs of building the LRT and BRT should not (or cannot) be born or paid for by the operators. Private operators benefit from this mindset in the short term by not having pay for the construction costs, but systems suffer in the long run by limiting their expansion potential and leaving the future transit expansion in the hands of the government and developmental banks.

In Addis Ababa and Dar es Salaam we discovered two different models employed for transportation infrastructure development and operations: (1) Engineer-Procure-Construct (EPC) and (2) Concession to a private operator. In both cases, the government has assumed financial responsibility of developing the infrastructure (tracks and dedicated busways) for the mass transportation projects. The primary difference between the two models is that in the case of EPC, the Ethiopian government assumes the commercial risk of the project whereas in a concession, in Dar es Salaam, the private operator assumes all revenue risk.

The LRT in Addis Ababa was delivered in the EPC model, which has certain advantages of tight coordination, speed and efficiency but carries the disadvantages of lack of competition for contracts (in this instance) and a heavy debt burden for the government. In Addis Ababa, the LRT was financed through a $475M loan from the Chinese import-export bank, built by the Chinese Railway Construction Corporation (CRCC), and is now operated by the Shenzhen Metro Group. The Ethiopian Railway Corporation (ERC), a public entity, owns the assets: the land, infrastructure and the trains for the LRT. Instead of employing a public-private partnership (PPP) model in which the private sector would assume most of the commercial risk, the ERC opted to borrow money and hire the services of construction and operation while still retaining the revenue risk. While this model is not a PPP, the speed and efficiency at which the first phase of the project has been completed in Addis Ababa has worked to the city’s advantage.

With the EPC model, there remain opportunities for the ERC to engage the private sector in transit-oriented development (TOD) around the train stations by leasing the land to commercial and residential real estate developers. Going forward, core questions are: (1) whether the LRT will remain efficient once the ERC assumes full operational control, (2) whether the ERC will be able to service the debt taken on for the project and (3) will the ERC employ a similar EPC model dependent on Chinese actors for the remainder of the system buildout, or enter into some kind of PPP with other actors.

The city of Dar es Salaam utilized a concession contract for the BRT operations after the government laid the groundwork for the infrastructure with financing from a World Bank loan. While a concession contract presumably has benefits of attracting private investment given that there is an opportunity to earn profits on tariffs, it has not seen success in Dar es Salaam thus far.

A key opportunity to more broadly engage private finance and delivery is through TOD. As both Addis Ababa and Dar es Salaam work to improve mass transit, there is an opportunity for mixed-use real estate development around LRT and BRT stations. Such development helps to drive economic development along transit routes but also offers attractive incentives for private players, given that the transport routes ultimately provide a ready source of consumer traffic for commercial real estate or potential tenants for residential real estate.

In Addis Ababa, Ethiopian Railways Corporation already owns rights to the land within a 500m radius of the LRT stations, and has expressed willingness towards private sector entry to develop these areas.

In Dar es Salaam, TOD has not been incorporated into the city’s Transport Master Plan but could in principle be applied to encourage greater private sector participation. Implementation in Dar es Salaam may be more complex given that there is already a significant amount of informal commerce alongside the main trunk road of the BRT. Implementing TOD in a systematic manner may therefore require extensive stakeholder engagement with current informal vendors and obtaining government support.