I. Addis Ababa and the Industrial Parks Strategy

The Industrial Parks Strategy has generated significant value for a number of stakeholders and provides a solid regulatory and infrastructure base for new investments. To fully harness these strengths, we believe that Ethiopia should focus on financial mechanisms to make investment projects in parks bankable for a wider set of foreign investors.

Many of the needed investments in Ethiopian infrastructure do not command sufficient risk-adjusted returns for foreign capital. Investments may have a needed “plug” of several percentage points in order to become bankable. The government can use its own funds or collaborate with development partners to create a program in which it guarantees certain levels of returns. This, in conjunction with the already favorable regulatory landscape around investment in Industrial Parks, will help assuage investors’ reticence to invest. 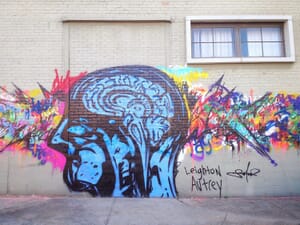 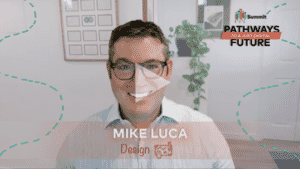 Mike Luca on the role experiments play in addressing discrimination

Another cross-sector challenge is the time horizon of return on investment. While much of the private capital would seek returns within 5-7 years, many infrastructure projects – and even more “VC” style IT investments – cannot provide returns in this time frame. Joint ventures between the government and private investors can be structured as Special Purpose Vehicles, which can be set up to distribute the private investor’s return on a more bankable time horizon. Such projects can “decouple” the recovery of the private investor’s initial investment (with interest) and their equity upside post-installation to give them timely returns on initial Capex and then access to a long-tail of positive ROI. Global players like the World Bank can provide the necessary bridge financing.

To direct private investments into areas that the government has identified as priorities, the government can create market-altering regulations such as tariffs or taxes to direct investment into new areas. This was successful in China, where the government – seeking to reduce dependence on gas-powered automobiles – created a series of regulations to discourage investment in traditional car industry as well as incentives (monetary and regulatory) to invest in domestic electric car manufacturing. This shifted the market dynamics and created investor interest in the electric car industry – which was previously unbankable.[1]

Currently there is no clear set of priorities from the government that lays the groundwork for private investments that will systematically address urbanization challenges. Rather, projects and plans seem to proliferate in many directions but underlying these plans is a lack of resources and political will that would enable all of them to come to fruition. To this end we suggest the simplification of these “smart urbanization” goals, establishment of investment incentives that are tied to these goals, and government assistance for foreign investors to complete these investments.

The city of Dar Es Salaam and the Tanzanian government have articulated multiple sets of plans for addressing the urban challenges, including the 2025 Development Goals, the Export Processing Zones regime, as well as more recent anti-corruption and reporting policies. The proliferation of plans leaves investors unclear about which avenues they can most sustainably collaborate with the government on. Moreover, one-off projects that connect to one plan may be built then become quickly obsolete as development paradigms change.

Bringing in a coalition of political players across parties, as well as private sector stakeholders, to label 2 or 3 areas for private investment in sustainable development would help to define a simplified list of priorities that will last for one or more investment cycles. Other infrastructure needs can be fitted into future cycles and/or funded through donors.

We believe that by leveraging the diaspora, Ethiopian government could work with Fintech companies to attract investment for infrastructure projects in several key sectors. In return, diaspora (investors) would be guaranteed with exposure of their contribution (i.e bricks with their names), certain ROI and payback period that is in align with return rate in other investment vehicles.

It is estimated that remittances, through official and unofficial channels, account for more than 10% of Ethiopia GDP in 2016. Mainstream players such as Western Union, however, charge extremely high fees (15-20%) that may ultimately stem the flow of such capital. Most remittances were spent on consumption including daily necessities and paying for utility bills. On one hand, technological solutions that make sending and receiving money faster and cheaper without a bank account are in great demand. On the other hand, we see potential to tap into the diaspora and harness remittances to funnel investment into state-led infrastructure building projects and startups.

Ethiopia is currently focusing on industrialization to transform its economy. Education and knowledge transfer must play a key role in bringing to life this industrialization vision by creating an competitive local workforce that can fulfill the requirements of the newly developed industries at the pace needed. We believe that public private partnerships with Ed-tech platforms is the path to deliver on expectations without fully relying on the current broken education system.

Ethiopia has a very young population, 70% below 30 and 50% below 15 years old, and a huge portion of youth unemployed (around 20M) and each year 3M joining the unemployment list. This complex environment has been created by a broken education system in which current infrastructure can’t accommodate the countries population. The problem is worsened by lack of teachers, no uniform curriculum and multiplicity of languages in states curriculum which makes harder the transition to national universities.

However, some private players are demonstrating that technology-enabled solutions can both increase the quality of education and improve the coverage. Yazmi, an education-tech startup, use low-lying satellites to provide relatively affordable means of pushing educational content to rural/ hard-to-access areas. The existing use cases that CEO Noah Samara cited were in retraining doctors and getting new knowledge out to farmers, but there is no reason that a similar platform couldn’t also be used to train workers to produce textiles or other light industrial skills.

Additionally, there is an opportunity to train people in skills that domestic companies do not yet have appetite for. In one high impact example, Gebeya, another education startup, equips people with advanced developer and developer ops skill sets but has also built out both a hiring/project marketplace as well as an incubation system to essentially build a market for these tech professionals.

Loosen constraints on capital to invest in health:

Access to health care services, especially specialist services such as radiology, are restricted to developed cities such as Addis Ababa. We observed a nationwide shortage of doctors due to significant brain drain to other countries – for instance, according to the Director of IT at the Ministry of Health, there are more Ethiopian doctors in Chicago than in Ethiopia. Even for those within the city, those without personal connections must endure long lines to seek treatment. The health insurance industry is still in nascent stage.

As a result, telemedicine, even on the existing voice and SMS networks alone, has proven a particularly compelling business for Hello Doctor. This service allows people to dial a simple 4-digit number to reach a hotline where they can speak immediately with a medical professional in Amharic to diagnose a medical issue and seek treatment, have a medical report in English explained to them, or request an ambulance (available only through private channels). Without dramatically changing the infrastructure, this profitable business has expanded access to healthcare across classes and throughout the country – in some cases, even out to a member of the diaspora in Saudi Arabia.

Given the importance of health care and education in building better cities, the government could introduce Special Purpose Vehicles and publish market-altering regulations to promote investment in the industry. Specifically, we can refer to some policies put forward by the government of  Kunshan, one of the richest town in China. They have put forward many favorable regulations to promote foreign investment in a variety of industries, including loosening financial constraints, favorable tax terms, bond and rebate policies.[2]

Unlike Ethiopia where telecom is a state monopoly, Tanzania has many players in telecom sector and they are typically the main engine of investment in local startups. In order to stand out from competition, many players started to invest in local technology start-ups to offer differentiated services. One example would be the win-win partnership between Vodacom and EasyBuy Africa, an ecommerce platform in Tanzania. The same goes for the partnership between Airtel and M-paper, a platform that aims to digitize newspapers.

There is opportunity for the government to encourage telecom players to invest in technology startups, offering their local branches to provide tech-based solutions across Tanzania and expand access to rural population.

Utilize IT to develop business models around promising programs in health:

In Tanzania, WHO, Gates Foundation, etc. have invested in and found promising models. However, due to a lack of funding, programs do not become sustainable or scalable. We see opportunities to attract more private capital as subsequent investment of those profitable, scalable business models.

One idea would be to utilize technology-enabled solutions and adopt “public health as a service” approach, in which government could unbundle big health care projects into smaller and manageable tasks private companies, then offer incentives for them to enable positive health outcomes.

Integrate banking and mobile money to provide affordable solutions to the unbanked:

While 40% of the population uses mobile money, the system has frictions. Each mobile wallet transaction must pay not only a fee to the telecom, but also tax. The further fee taking in each transaction from the bank (including a fee to withdraw from your account), has also incentivized people to hold more cash outside of the system.

There may be a potential to partner with a smaller telecom to disrupt this existing mobile wallet and banking system through lower/fewer fees if one could launch an integrated bank and mobile money platform. Such a combined entity would be able to draw in non-consumers as well as encourage greater use.