Chris Borland recorded 107 tackles with 2 interceptions as a standout rookie linebacker. He then retired at the age of 24 and instantly became “the most dangerous man in football.”[i]

Borland was one of the first high profile NFL players to retire proactively due to the risk of Chronic Traumatic Encephalopathy (CTE) and forced the sport of football to confront its harmful impact on players’ lives. CTE is a potentially fatal neurodegenerative disease that is more prevalent in football players due to the repeated blows to the head suffered during the sport.[ii] Over the last decade, players have begun to taken notice of CTE. The number of high school football players has decreased 7% over the last decade as youth players and families avoid the sport.[iii] So, can football be fixed?

A new helmet company called VICIS says yes. VICIS, with the help of 3D printing, is mitigating the impact of hits to the head. 3D printing is a type of additive manufacturing that can help companies design products more effectively with fewer costs and shorter production time. Through iterative prototyping with 3D printing, VICIS has used innovative techniques to create what is now ranked the safest helmet in the NFL (Figure 1). The VICIS ZERO1 is a multi-layered helmet with a soft outer shell and hard interior (Figure 2) that slows the impact of a hit to the helmet and decreases the force to a player’s head.[iv]

Thus far, 3D printing has been vital to VICIS’s speed to market as alterations that typically would take three weeks are completed in two to three days.[v] The ability to iterate quickly has allowed VICIS to not only rely on engineers, but also take the advice of neurosurgeons, concussion specialists, and former NFL team physicians to constantly reimagine the design of a football helmet.[vi] As the company moves forward, additive manufacturing will be critical in continuing to improve the safety of helmets, while making them more accessible to football teams across the nation.

In the short term, VICIS is capitalizing on additive manufacturing to rapidly prototype and create increasingly safer helmets. Additive manufacturing has also marginally brought down costs in the helmet’s selling price. While the current $950 price tag of their VICIS ZERO1 helmet is still more than 3x the price of a standard helmet, this price is a major decrease from the initial $1,500.[vii] They are also releasing a youth league helmet for $495 in 2019 in an effort to bring desperately needed safety to a new generation of football players.

In order to stay relevant in the medium term and continue to optimize its production process, VICIS is making sure to constantly “experiment with 3D printing and other emerging fabrication methods.”[viii]

My first recommendation would be to decrease the price now in order to reach a wider audience. While NFL players may be at the most risk, even young children playing contact football immediately are at increased risk of CTE. If VICIS wants to make a high social impact, VICIS must confront its high price relative to what youth teams can afford. In addition to increasing their social impact, they will generate high brand awareness potentially solidifying themselves as the helmet of the future. In the medium term, if VICIS succeeds in implementing 3D printing in their production line, they will be able to increase margins as manufacturing costs decrease dramatically.

I also would recommend VICIS capitalize on their unique ability to collect data on in-game helmet hits. If they can figure out how to extract and capitalize on this data, they will be able to create even safer products.

The question moving forward is, will VICIS be enough to keep football from going extinct? And if football goes extinct, where can VICIS bring their innovative technology?

Figure 1: The Safest Helmet in Football 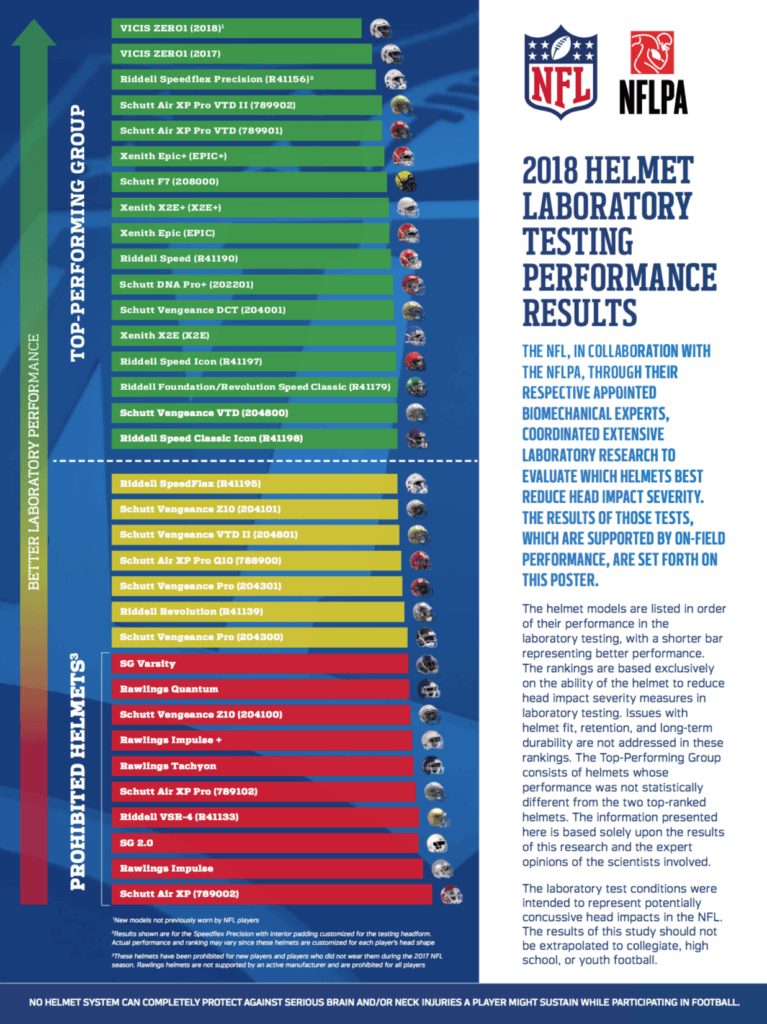 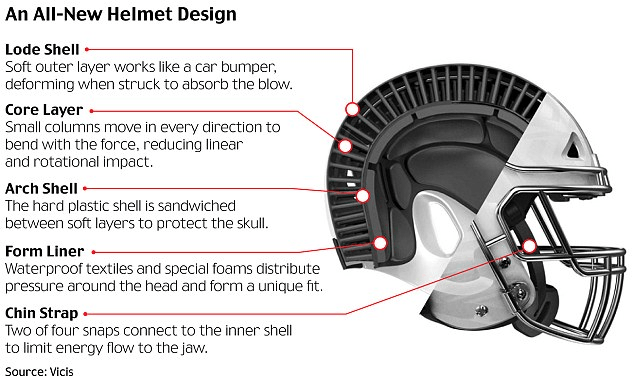 [i] Fainaru, Steve and Fainaru-Wada, Mark, “Why former 49er Chris Borland is the most dangerous man in football.” ESPN, August 20, 2015, http://www.espn.com/nfl/story/_/id/13463272/how-former-san-francisco-49ers-chris-borland-retirement-change-nfl-forever, accessed November 2018.

[iii] Kroichick, Ron, “Tomorrow’s Game: What will football look like in 20 or 30 years? You might not recognize it.” SF Chronicle, https://www.sfchronicle.com/sports/article/The-future-of-football-What-will-the-game-look-13319246.php, accessed November 2018.

CircleUp: Riding The Wave of Machine Learning Into Your Pantry

Student comments on Will the Sport of Football Survive? VICIS Says Yes.