For nearly all of its history, Greenland has been defined by ice. Although it is the 13th largest country in the world by land mass [1], ~80% of it is currently covered by a large sheet of ice, rendering most of its land economically useless. Since the Greenland GDP is not independently large enough to sustain a high quality of life for its 56,000 inhabitants, it depends on an annual subsidy of $600M USD from the Danish government to maintain operations, an amount that comprises ~1/4th of its total GDP and allows Denmark to retain foreign policy, defense, and monetary control over Greenland [2]. However, the effects of global warming have been especially conspicuous in Greenland, with rising temperatures causing the ice sheet to melt at an accelerated rate and a more hospitable average climate for Greenland residents. 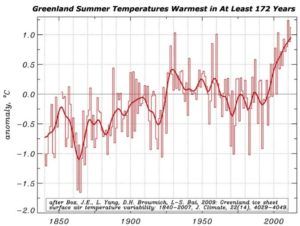 While this drastic temperature increase may be problematic for the majority of the earth, it is actually somewhat beneficial for Greenland. Recent years have seen Greenland inundated with interest from outside parties, including oil exploration, precious metal and uranium mining, and tourism [3]. This positive economic outlook has reignited calls from Greenland residents for full independence from Denmark, as the returns in these burgeoning industries should replace the need for the Danish subsidy [4]. While a fully independent government would allow Greenland total autonomy in its decision making, it would also bring on a host of challenges that Greenland has never faced before on the international stage.

For this independence to even be feasible Greenland needs to lay the foundation needed to build a new economy, and the government has been active in making that happen. Greenland has currently been focused on both bringing in outside investors and working to relax certain restrictions against practices that may further the effects of climate change. Greenland has begun actively promoting itself as a tourist destination [5], and has made agreements with cruise ships to route traffic to the Greenland coast [6]. In addition to tourism, Greenland was able to attract multiple international oil companies to begin oil exploration in Greenland. Although the oil they discovered is not currently economically viable due to low crude prices, an uptick in those prices will likely see these international companies commence drilling [7]. Greenland was able to perform most interactions without significant Danish oversight, but ran into issues when companies from Australia and China wanted to mine radioactive materials in Greenland. Although Greenland’s internal government voted to allow the rare earths mining in October 2013 [8], they needed Danish approval to finalize the agreements, which was not obtained until February 2016 [9].

Greenland has been able to fight back against Danish oversight in specific instances, but to rapidly grow its economy it will need to create specific targets to hit that will move the country towards full independence. While politicians have continued to express the desire for full independence, none have laid out a specific GDP target that should allow for economic independence. Additionally, the Greenland government needs to be prepared for more international scrutiny as it grows its industrial production. Currently, Greenland has been able to fight international agreements such as the Paris Agreement [10] because it is currently the victim of global warming, not the perpetrator. However, if its oil and mining industries gain heavy traction, Greenland will become a more and more significant contributor to global warming, and will face pressure from environmental activists, governments, and likely its own citizens to regulate its production. While this is currently not an issue, the government should proactively create emission guidelines that can be reviewed and approved by the global community before any future complications arise.

While Greenland has a firm understanding of the disruption to its economic supply chain if it attains complete independence (they simply won’t have a subsidy), the country is having a more difficult time understanding the political and social implications that independence would bring. A largely industrialized economy would bring in thousands of migrant workers, and even the Prime Minister does not know how the population will react to this shift: “Are we ready for this? Are we ready for being a mining nation where we have thousands of people coming from outside to work? Are we able to stop Greenlanders becoming the minority?” [11]. The potential abundance of these resources will not only attract foreign workers, but may attract some unwanted attention from geopolitical powers. Greenland has no military and no weapons, how will it react if Denmark is willing to fight to maintain control of Greenland? Or if independence is granted and a different country aims to claim some of Greenland’s resource-rich land? Climate change has completely altered Greenland’s future, and it is still unclear whether Greenland is ready for this new paradigm.

Starbucks: Loving the Planet a Latte

Airbus: Digitization on the fly

5 thoughts on “Will Climate Change Lead to an Independent Greenland?”