The unanimous vote by the United States Federal Trade Commission (“FTC”) on February 7, 2017 to recognize material injury to American businesses from below fair value prices and Chinese government subsidies has resulted in anti-dumping and countervailing duty orders on imports of certain biaxial integral geogrid products imported from China [1]. The direct result of this on Bostd Geosynthetics Qingdao, Ltd. (“Bostd” or the “Company”) is a 372.81% dumping margin and countervailing duty rates of 15.61%, which equate to an effective increase of 396.42% [2]. Bostd’s response to this measure is critical to not only the survival of the Company, but also a reflection of how Chinese entities will react in the short-term to “protectionist” trade decisions. Furthermore, the medium and long-term actions of the Company could set the precedent for how Chinese entities react to enhanced “isolationist” policies and restrictions regarding spending of U.S. Department of Transportation (“DOT”), which has a federally allocated budget of $75.5 billion.

The market for these biaxial geogrid products has increased in recent years, particularly as it pertains to Chinese imports, which grew by 77.3% between 2013 and 2014 (the last full year of available data) [3]. The overall market for geogrids is expected to increase in the next several years, due to the new federal highway spending bill, Fixing America’s Surface Transportation Act (“FAST Act”), which was passed under the previous Presidential administration [4]. In addition, biaxial geogrid products have low penetration in the market, representing less than five percent of projects nationwide, providing substantial room for growth [5]. The overall market is comprised of two domestic producers, while there are an estimated four major international producers, including Bostd [6]. The Company’s actions in the coming years, as it pertains to expanding operations and the supply-chain in the United States, has the potential to position the Company as the leading international manufacturer of biaxial geogrid products, and a dominant player in a domestic oligopoly in a market with a committed and growing percentage of a federally allocated budget dollars. In order to best position themselves to succeed in the current environment, I believe the Company should invest in establishing and expanding their operational infrastructure within the United States in a two-fold strategy. 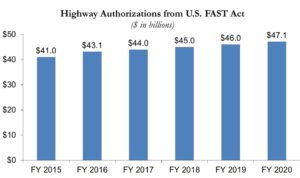 First, I believe the Company should take an asset-light approach to investing in American infrastructure in order to test the temperament of the underlying customer, the DOT, in these evolving global trade times. The proposed asset-light model includes a multi-faceted approach, which is dependent upon outsourcing critical components of the supply-chain, specifically manufacturing operations and distribution. The most important step in this process is to establish a relationship with a contractor in the US to manufacture biaxial geogrids. By doing so, Bostd can circumvent the dumping margin and countervailing duty rates that were recently imposed and position themselves on a relatively equitable cost-basis with the two established domestic producers. The second aspect of this is establishing a regionally-based distribution network capable of servicing the entire United States, specifically the Midwest, Northeast, and Atlantic regions. By doing so, Bostd can more effectively compete with domestic competitors, both of which have a manufacturing and distribution presence in these regions.

Following this short-term approach, the Company should evaluate whether the current trade environment in the United States is tenable and the cost-benefits of the recently established manufacturing and distribution supply-chain is economically viable. If the answer is in the affirmative, I would advocate that the Company invest in building their own manufacturing facility in the country, in order to capture the incremental margin that is extracted by outsourcing critical operations and better position themselves on a cost-effective basis with the incumbent, domestic competitors. In addition, by manufacturing domestically and creating jobs, the Company would have a competitive advantage over international competition and would be better positioned to avoid the detrimental impacts of future protectionist policies.

A potential fallout from the proposed investment by Bostd in establishing and expanding its US infrastructure is the potential supply-chain issues, specifically procurement of raw materials. By virtue of moving away from the largest region in the world for polyethylene (“PE”) and polypropylene (“PP”) [both are derived from crude oil], Asia-Pacific, which is responsible for approximately 51% of the world’s consumption, there is the potential that this could negatively impact the Company’s supply-chain [7]. As a result of this potential concern and the potential fallout from enhanced isolationist policies, I have two open questions. First, how should one account for the foreign exchange and commodity pricing fluctuations when evaluating the proposed strategy? Second, how will the Chinese government respond to “protectionist” policies of the U.S. government?

Student comments on Why Chinese biaxial geogrid manufacturers should invest in U.S. infrastructure and supply-chain.