Imagine a kitchen that recognizes food you put on the counter and then cooks it for you. When your daughter is running late for school, your kitchen alerts you and suggests a healthy on-the-go breakfast option. When you leave a dirty dish in the sink, your kitchen washes it for you. Whirlpool plans to make this “Kitchen of the Future” a reality. (1)

Whirlpool, which I’ve written about in a previous post, is the world’s largest appliance manufacturer. At nearly 100,000 employees, the company makes brands including Whirlpool, Maytag, and KitchenAid (2). In April 2013, Whirlpool introduced its first iteration of cloud-connected washers/dryers, joining a host of companies contributing to the Internet of Things (IoT). (3) IoT is a system where ordinary objects and devices are connected to the internet. One example is Nest, the popular cloud-connected thermostat that was acquired by Google. IoT isn’t just a fad, it’s estimated that 6.4 billion connected things are in use worldwide, an increase of 30% over last year. (4)

By the end of this year, Whirlpool will offer an expanded suite of smart products including a refrigerator, dishwasher, and range. (5) The accompanying Whirlpool app texts customers when their laundry is ready, sends alerts when detergent is running low, monitors and records energy use, and allows customers to turn on the wash from afar, and integrates with Amazon Dash and Nest. (6) 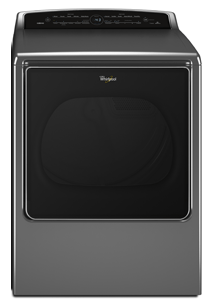 A washer in Whirlpool’s line of smart appliances

Earlier this year, Whirlpool announced a partnership with IBM Watson to find ways to harness the data it collects from its IoT appliances. According to a promotional video, “today Whirlpool can analyze IoT Sensor data from connected appliances on the IBM Cloud so they can continuously learn how customers are using their products and how the machines respond. Harnessing data to make great products better, that’s what the IBM cloud is built for.” (7) Whirlpool is using data gathered from its smart appliances to improve its operating model. (9) 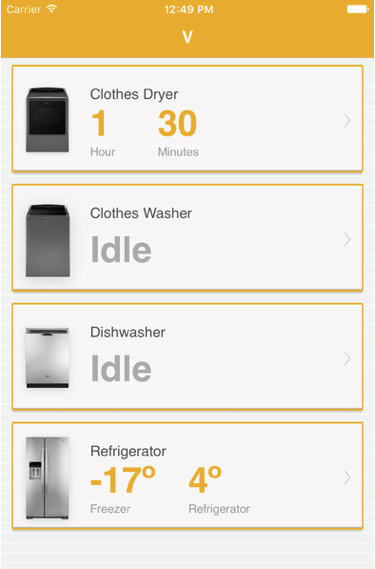 Not everyone is so quick to jump on the IoT bandwagon. A headline in The Atlantic begins: “Smart devices turn every industry into the computer industry, and dupe consumers into thinking their lives are better for it in the process.” (8) Does everything really need to be cloud-connected? Even Whirlpool executives aren’t so sure. In 2014, a year and a half after Whirlpool first launched a smart washer/dryer, adoption had been slow according to Chris Quatrochi, global director of user experience and connectivity. “Trying to understand exactly the value proposition that you provide to the consumer,” he said, “has been a little bit of a challenge.” (10)

While Whirlpool hasn’t released sales figures for smart devices specifically, it’s no surprise that consumers aren’t jumping at the chance to pay a significant premium for a cloud-connected washer. In fact, Whirlpool’s app has a sub-par 2.5 star rating in The Apple App Store (11). Is a mobile push alert really better than a loud buzzer when your laundry is done? It seems that consumers aren’t quite convinced.

With the current features available, it’s not clear whether consumers or Whirlpool (via the data it collects) is benefiting more from the smart devices. There is certainly room for innovation in appliances, current models just may not be there yet.

Whirlpool has continued to push the envelope of what’s possible. At CES 2016, Whirlpool displayed its Interactive Kitchen of the Future 3.0 concept which “…is designed to learn your likes and routines and assist you with it all.”

The interactive backsplash suggests recipes based on which ingredients you have in stock. A smart range identifies the food you put on the stovetop and cooks it for you. An in-sink dishwasher automatically starts washing your dirty dishes when you leave the room. (1) Mass availability of these concepts may be years away, but Whirlpool is making strides with a recently-announced partnership with Innit, a start-up focused on connected food. (12) 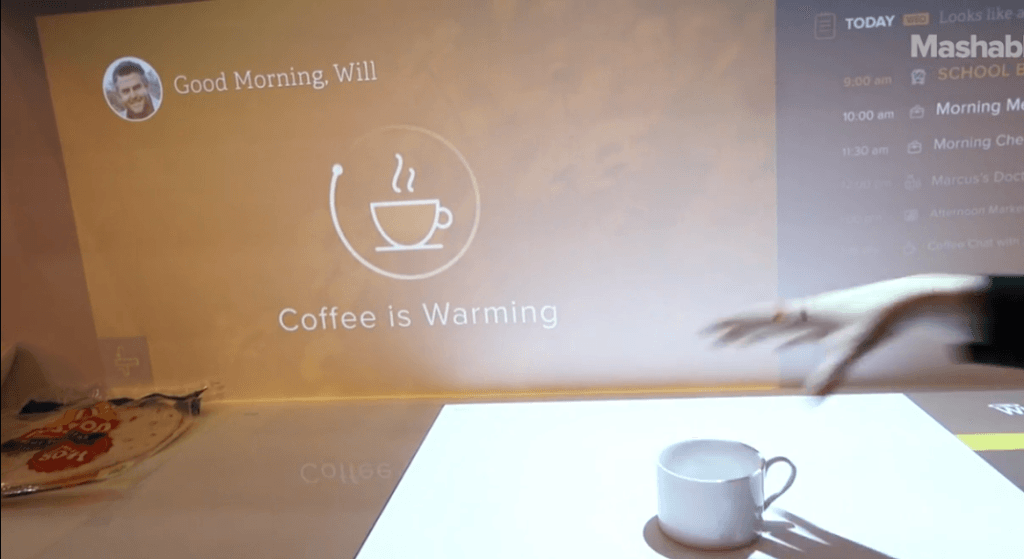 A model of the Whirlpool Kitchen of the Future 3.0 with interactive backsplash

In the meantime, Whirlpool can take incremental steps to improve consumer experience. Although there is no definitive data, several review articles report issues with the app’s reliability. Whirlpool should also increase compatibility with other IoT devices/ecosystems. Most of its competitors (including GE) feature compatibility with Amazon Echo, for example.  GE is also focused on the interconnectedness of its devices, encouraging consumers to purchase all appliances from one company. Although there is some indication that Whirlpool is headed in this direction, it should get there soon. Finally, Whirlpool should focus on security of device data. Security is an unaddressed problem in IoT generally, and it’s an increasing concern for consumers. (796 words)

Athenahealth: The Quest to Unbreak Healthcare

Student comments on Whirlpool: Are these the appliances of your dreams?