Fundamentally throughout human history, we have sought food for survival in order to provide essential nutrients to fuel existence. Diets have changed throughout time, and current food consumption patterns, which are impacting global climate change, will elicit responses from the food industry. Specifically, beef production and consumption patterns throughout the world are contributing to climate change and will soon face constraints as rising greenhouse gas (GHG) emissions cannot continue at current trends and therefore must be reduced. Tyson Foods, Inc. is the largest beef producer in the United States and will need to revaluate its operating and business models and adapt as a result of climate change [1].

Presently, meat production as a whole accounts for approximately “15% [to] 24% of current greenhouse gas emissions” [2]. Tyson’s beef production directly contributes to climate change by increasing GHG emission and decreasing the supply of water and land through consumption. Under current production practices, feed used in beef production results in direct methane and nitrous oxide emissions from livestock to the local environment and atmosphere [3]. Methane and nitrous oxide are potent greenhouse gases that directly contribute to global warming at a higher rate than carbon dioxide. In addition to emissions from biogas production, Tyson’s operating model also burns fossil fuels in powering production facilities, transportation, and refrigeration.

As Tyson faces the constraints imposed by increasing population and overall beef consumption, Tyson must reconcile these demands with limitations in supply due to capacity and more importantly worldwide requirements to decrease GHG emissions. Furthermore, the constraints on water availability and impact of increased extreme weather could potentially result in destruction of livestock and useable land.

Tyson is internally motivated to begin to decrease GHG emissions in order to reduce risk and increase long-term survival to meet increasing demands. In the future, Tyson could also be externally motivated to respond to pressures from regulatory bodies and possibly activists as society addresses climate change by reducing or limiting impact. 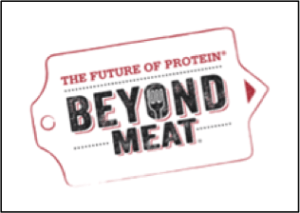 How Tyson is Responding

Tyson is taking steps to address effects through transparency and expansion into substitute products. Tyson publicly states its sustainability mission and also releases sustainability reports on its website which includes reporting a high-level overview of GHG emissions specifically as a result of meat production. For example, in 2011 Tyson reported absolute GHG emissions of 5.20 million tons per year, representing several meat products [4]. Also in the sustainability report, Tyson identifies practices and technologies to conserve water reuse that decreased water usage in production. On the innovative front, Tyson is exploring alternative supplies of new protein rich sources through investments in target companies such as one recently announced in Beyond Meat [5]. Beyond Meat is developing plant protein as a means to deliver sustainable protein for the future. 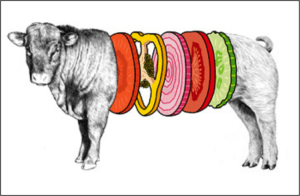 Tyson has begun the journey to reducing its impact on climate change through transparency of current GHG emission and water consumption as well as investing in substitutive protein products. However, Tyson is missing opportunities to further reduce and mitigate greenhouse gas release. Rather than reducing production and GHG, Tyson is expanding production as evidenced by a recent announcement to grow capacity for beef production that is contradictory to its sustainability movement [6]. While Tyson is left unchecked for limiting GHG emissions, it might continue to increase contribution to climate change. Tyson could set metrics related to decreasing GHG emissions but states it is delaying setting goals due to “uncertainty surrounding the legislative and scientific discussions related to climate change” [4]. With Tyson’s large bargaining power as the largest producer of beef in the US, Tyson could push on upstream suppliers to encourage sustainable farming practices by only sourcing from specific suppliers that demonstrate conservative agricultural practices. Furthermore, since Tyson will be constrained in supplying beef to a growing population, it would be wise to continue to explore protein rich alternatives to beef such as grains (i.e. quinoa), beans, nuts, and seeds. As GHG levels continue to rise and climate change evolves, it might only be a matter of time until we witness a new era in the human diet as beef consumption declines and plant-based protein substitute consumption increases.

Autonomous Taxis to Join the Fight Against Global Warming

USACE in the Age of Climate Change