Who doesn’t love burgers? A vegetarian’s nightmare and a carnivore’s go-to meal. Unfortunately, we may be reaching a point where it is no longer sustainable to feed our population with beef.

Livestock’s role in climate change and air pollution now exceeds that of the transport industry, with 9%, 35-40% and 65% of the total global emissions of CO2, CH4 and N2O, respectively, coming directly from livestock and agriculture. [1]

With that in mind, we should even be more worried about the future, where it is expected that global demand for beef will increase twofold by 2050. [2]

According to a study conducted by the National Institute of Livestock and Grassland Science, the process of producing 1 pound of beef produces the same CO2 as a European car every 70 miles, and requires the same energy to light a 100 watt bulb for nearly 10 days.[3] 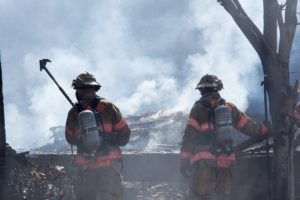 Enter the solution – Memphis Meats. Memphis Meats is a startup that aims to tackle all these threats by manufacturing lab-grown meat. Its lab-grown meat consumes 90% less water and land, as well as 50% less energy and emits just 4% of the greenhouses gases that current meat growing practices emit.[5][6] The supply chain is much simpler compared to ‘regular’ beef patties, the comparisons shown below:

Now don’t get me wrong – we are still a long way away from being able to fully realize the potential of lab-grown meat. Memphis Meats has gone from 18,000 USD per pound of beef to 2,400 USD over the past 2 years; but that still pales in comparison to 4 USD for store-bought beef. [8]

As a result, there are several short-term and long-term goals that Memphis Meats is focusing on [9][10]:

In terms of other key issues that Memphis Meats needs to address, there seems to be a lack of involvement of established industry partners, as most companies operating in the space are start-ups that may or may not succeed without the support of industry giants. [9][10]

This would enable start-ups to leverage research and development as well as downstream access in distribution channels.

If all else fails, there needs to be immediate attention placed on the supply chain and distribution channels for lab-grown meat, specifically [11][12]:

Finally, my main worry to the class is whether we think there will be enough community support given the availability of cheaper meat for at least the next 10 years. A lack of interest would deter future capital investors, and then there is the possibility that industry players will lobby against this technology. Thus, is this even remotely possible?

McLaren and Brexit: Driving towards an uncertain future