WeWork’s mission is to create a world where people make a life, not just a living. They provide workspace, community, and services for a global network. Not only do they keep the lights on with technology, their digital platform is powered by software engineers, rocket scientists, and data scientists; they’ve fundamentally changed the industry combining community and real estate science.

In order for them to merit their current valuation and succeed, they will need to first solidify its core member base by sustaining its current rapid growth by geographic market and member size segment. Secondly, they need to involve members in building a community that’s so embedded within their DNA that they’ll grow with WeWork for the long run. And lastly, once their member growth is secure, WeWork’s scale will provide high margin, high value services through its efficient operating model. 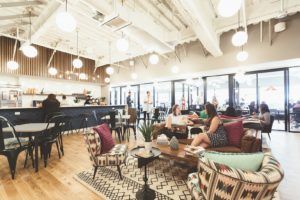 WeWork operates nearly 100 co-working spaces in 32 cities across the U.S., Israel, the U.K., and a dozen other countries. [1] It’s currently valued at a $16 billion, which to some may sound like a shock, if you consider it a real estate pure play. In fact, Boston Properties, the largest publicly-traded office real estate company, owns 47 million square feet of office space and has a market cap of $18B. [2] However, WeWork CEO Adam Neumann instead views his company as a “community” company that has multiples of a software tech company.

In order to build the community, WeWork’s network of people and services is connected by software, specifically their members web and mobile app. They can get connected to other people in their industry and see a news feed populated with conversations between other members. It also includes access to conference rooms and other high value services like healthcare and payments. It started with their thousands of member base, and because of its success, their plan is to scale it up to millions of members through the digital platform [4] 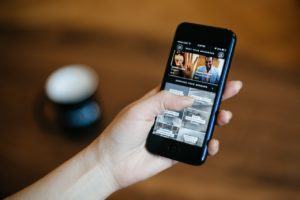 Traditionally, it’s incredibly difficult for real estate companies to iterate and learn if data is not logged. WeWork has essentially increased its physical office space IQ, but supercharging it with the most advance technologies such as heat maps, key cards, mobile devices and even environmental sensors gauging energy use to maximize comfort and minimize cost. This way they can monitor and identify changes to tailor spaces to their behavior for current and future building openings. [5]

Before the building or space is renovated, WeWork has mastered the art of design by of acquiring Case, an architecture studio that specializes in a method of design and construction called building information modeling. This technologically advanced method does away with blueprints and turns a building into layers of interactive data. This makes far more information available to the architects, allowing them to deploy design decisions far more quickly. As a result, its in-house architects treat interior design like software design. “A 3-D BIM model gives you the ability to see conflicts before the building gets built, and correct the problem before you’re out in the field.” [7] As a result, it de-risks build-outs, minimizes cost, and increase speed significantly. This design stage is key WeWork fast expansion and repeatability.

WeWork is as data-driven as any Silicon Valley tech startup. They aggressively use machine learning to actively teach themselves how to build out the floor plan of conference rooms to desks ratio. They’ve gathered information from over 800 meeting rooms. They realized that members pick favorites regarding conference rooms, which becomes a utilization and optimization problem, that can be solved with neural networks. 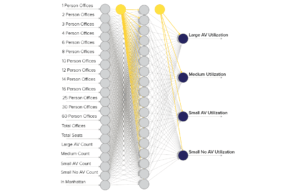 The neural network gathers data about a building’s layout ( left) and feeds this data through a series of artificial neurons that are trained to recognize differences in a building’s layout (middle). Based on other layouts the neurons have been exposed to, the network makes a prediction about the meeting rooms’ utilization (right). [8]

This is called Artificial Neural Network (ANN), which takes in features such as number of offices, the size of the offices, the number of meeting rooms, and the facilities in the meeting rooms. And with enough data accumulated, the neural network is able to predict utilization rate based on inputs of a new office space before it’s built.

They learned that the neural network was 40% more accurate than the traditional way by human designers based on experience. At the scale WeWork is operating, any cost savings and improvement in member experience will be amplified.

WeWork has been a pioneer in new category of real estate tech it has defined, and it is beginning to redefine an adjacent category WeLive, co-living. [9] Its company’s thesis is community, and as long as it gets that right, growth, retention, margins, and great experience will follow.

OpenTable and the Restaurant Revolution

Student comments on WeWork’s blueprint is community and technology