When one contemplates the effect on climate change of America’s largest industries, the impact of financial services firms does not necessarily come to mind. Energy, transportation, and heavy manufacturing are the ones most often shouldering the blame, and these industries include some of the companies claiming to work the hardest to decrease their large carbon footprints. However, financial services firms are recognizing they too can help combat climate change. Wells Fargo has taken the lead within the industry, committing a substantial amount of capital and resources to the cause while garnering a tremendous amount of positive media attention. But, despite these efforts, a holistic view the company’s balance sheet tells us Wells Fargo may have a greater opportunity, if not an obligation, to further curb the human impact on Earth’s climate.

The environmental sustainability lever that Wells Fargo has the most control over is the way the company itself operates. The company set targets for sustainability in 2012 as part of its 2020 Corporate Social Responsibility Commitment has been progressing well towards those goals [1]. As of 2016, the company had utilized smart irrigation systems at its 1,400+ banking centers and corporate offices to increase its water efficiency by 52% compared to a 2008 baseline – with an ultimate goal of a 65% [2]. Wells Fargo has also reduced its greenhouse emissions by 36% (with an ultimate goal of 45%) by utilizing “greener” data centers, installing solar panels and using more efficient LED lighting. Along with the recently announced achievement of powering 100% of its 2017 global energy consumption with renewable energy [3], it’s clear Wells Fargo is making strides in developing environmental sustainability within its own organization.

Wells Fargo has also contributed in the form of providing capital to organizations promoting environmental sustainability. The company has established a grant program that funds nonprofits and universities focused on sustainability projects and innovative clean technologies [1].  The company has given more than $53 million since 2012 and plans to give another $65 million by 2020. 2015 grantees planted more than 450,000 trees, restored 15,000 acres of habitat and reduced more than 13,000 tons of carbon dioxide. Wells Fargo has also established an incubator program specifically targeting early stage technologies that “provide scalable solutions to reduce the energy impact of commercial buildings” [4]. It plans to provide $10 million to the program over the next 5 years.

The company’s main business, though, is providing large-scale financing to for-profit companies, and Wells Fargo has deployed a substantial amount of capital in environmental loans and investments. Since 2012, the company has invested and financed over $70 billion in renewable energy, clean technology, green buildings and sustainable agriculture and in 2016, projects wholly or partly owned by Wells Fargo represented 8.1% of the solar and wind energy produced in the U.S. [5]. The company has also financed an additional $5 billion in affordable green housing as well as $1 billion in green municipal bonds. Wells Capital Management, a subsidiary of Wells Fargo, is a signatory of the United Nations Principles for Responsible Investment, which it claims represents the company’s commitment to “integrating environmental…issues into its investment practice” [6].

However, some customers believe the idea of being a “responsible” capital provider has not permeated the entire organization. In February 2017, the city of Seattle pulled its $3 billion account from the bank in protest of Wells Fargo’s financing of the Dakota Access Pipeline, a 1,170-mile oil pipeline stretching from North Dakota to Illinois [7]. This decision directly followed an announcement by the U.S. Army Corps of Engineers that allowed the pipeline to go forward without an environmental impact study [8]. The California cities of Santa Monica and Davis quickly followed suit, pulling their own $1 billion and $124 million accounts [9]. Citizens who addressed the council before and after the vote urged the councilmembers to “establish social and environmental criteria to guide the selection of a new bank” and it was clear that the market was pushing back on Wells Fargo’s participation in the controversial pipeline [10].

A smarter app could make working families richer. Here’s how to build it. 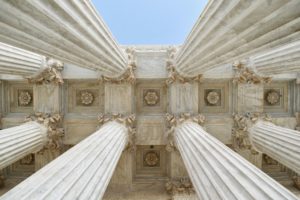 The new era of tech governance

These cities’ divestments of business relationships with Wells Fargo were not solely motivated by the environmental impact, but their actions bring forth an important question: to what extent are financing institutions obligated to limit or cease lending to potentially non-environmentally sustainable projects and companies? As a lending institution, Wells Fargo is directly enabling companies to operate and grow, and these companies include those that contribute directly to CO2 emissions such as Canadian Tar Sands oil extractors, coal miners and liquefied natural gas exporters [11]. Where do we draw the line on what a bank should and shouldn’t be financing when it comes to environmental sustainability?

The Sustainability Paradox: How Vale S.A. is Operating in the Heart of the Amazon Rainforest the New World´s Largest Iron Ore Mine

Crypto-Coffee: How Starbucks Is Using Technology To Stay Ahead Of The Competition

4 thoughts on “Wells Fargo: What Are The Obligations of a Financier?”