Wearable technology is no longer only about the technology you put around your wrist. Gradually, it is more about the smart fashion that sends you notifications, helps you to get around the city or reflects your social media posts. Gartner estimated that 26 Million smart garments will be sold in 2016. [1] Fashion houses realize that they need to adapt to the digitalization era and they proved it during the 2016 Met Gala, the biggest party of the fashion industry. This year Met Gala was sponsored by Apple and the dress code for the celebrities was “Manus x Machina: Fashion in an Age of Technology”.[2] The biggest sensation on the red carpet was the IBM Watson “cognitive dress” that continually changed color based on the tweets on the social media.

Wearable technology has been generally focused on the sports and fitness, but there are many emerging opportunities for smart clothing in the consumer fashion market. [3] The sport enthusiasts and professional athletes were the primary target for wearable devices such as smart watches, smart shirts, smart bras, smart shoes. These devices were designed to track and measure different biological and physiological metrics.[4] Soon, many more customers joined the market as they wanted to understand how their body works, use the data to improve performance or simply stay motivated and live a healthier life style. According to IDC, worldwide wearable market grew by 26.1% in Q2’16, reaching 22.5 Million shipments of devices in a single quarter.[5] Despite the popularity and growth in sales the major vendors did not do much to make the smart wearables stylish. 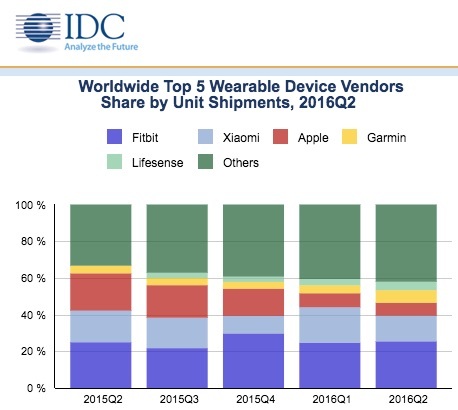 In 2016 things start looking more chic than geek, as fashion designers partner with tech companies to bring stylish smart garments to the market. “Screens, no screens, leather, semi-precious stones, 18k gold, nothing is too much for this new batch of stylish wearable technology.”[6] One of the smart garments is the Navigates Jacket that navigates you around the town by tapping you on your shoulders, telling you when to turn left and right. [7] Another blend of fashion and tech are the Ringly bracelets and rings that change color according to your outfit, connect to your phone via Blutetooth and let you receive customized color coded notifications. Ringly is also partnering with Mastercard for contactless payment.[8] 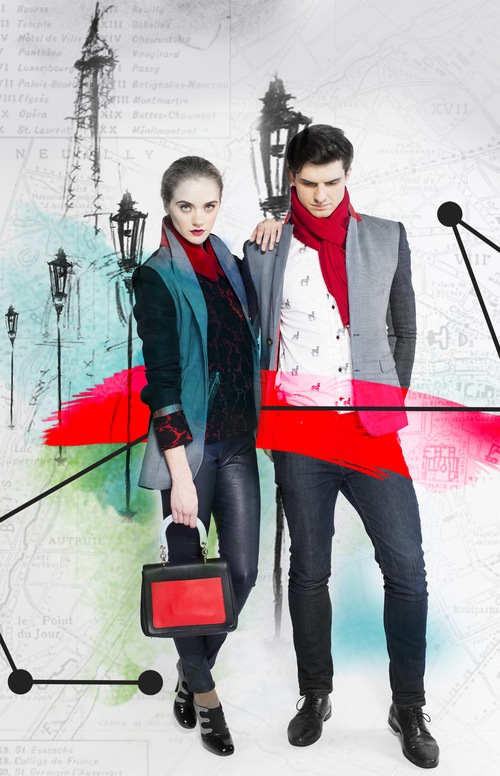 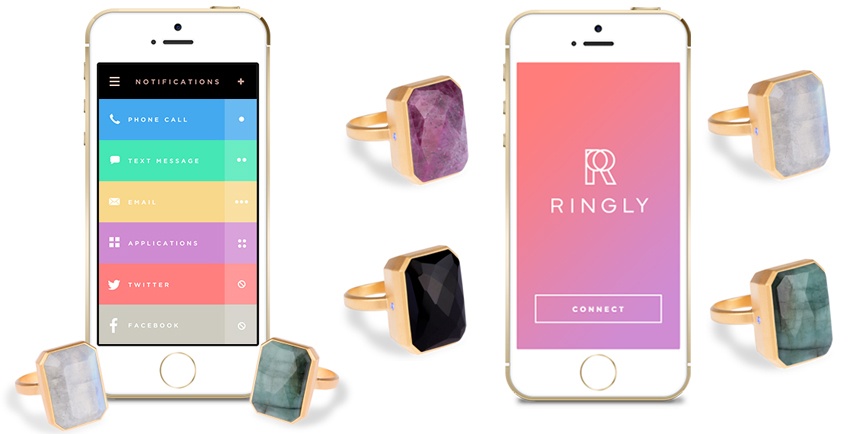 Perhaps, the most advertised technology garment of 2016 was the “cognitive dress” designed by the fashion house Marchesa together with IBM. Marchesa, known for its whimsical, romantic designs teamed up with IBM’s computing cognitive system Watson to design a dress that changes color with emotions.[9] This revolutionary dress was presented on the red carpet during the 2016 Met Gala in New York. The collaboration was an exciting experience for both companies, they worked closely together during the whole creative process.

Watson first had to learn about Marchesa’s past designs in order to create a technology compatible with the fashion brand’s overall aesthetics. Marchesa selected five human emotions: joy, passion, excitement, encouragement and curiosity, that they wanted the dress to reflect. Watson then created a color scheme using the cognitive color design tool that understands the psychological effects of colors, the relationship between emotions and image aesthetics.[10] Before the gala, Watson analyzed Marchesa’s social media and associated followers’ sentiment with the color pallet for the LED lights. During the event, Watson monitored Twitter for Met Gala related tweets and translated the emotions into data. The dress would constantly light up and change colors as followers tweeted about the event. “Rose signified joy, coral meant passion, aqua was excitement, lavender denoted curiosity, and butter indicated encouragement.”[11] 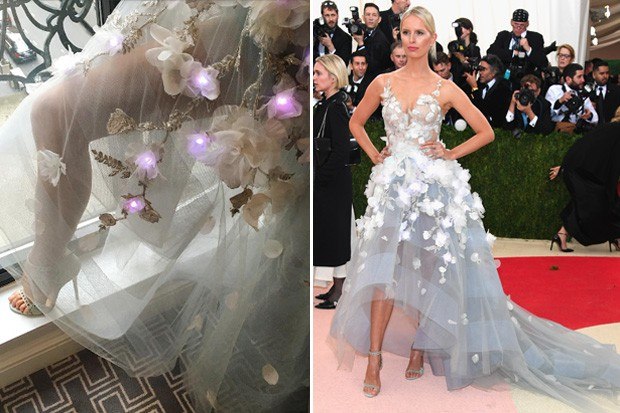 As the successful collaboration between IBM Watson and Marchesa shows there are many opportunities for the fusion of fashion and technology. The options in the smart fashion industry are enormous. Technology companies realize the potential of enhancing customers experience via clothing and they are taking different directions to prove that. Google for example, focuses on practicality and better experience for urban cyclists. Google and Levi’s partnered in project Jacquard to launch smart jean jacket that looks like a straightforward piece of clothing except a small tag on its sleeve. This chargeable tag lets you control music, calls and navigation from your jacket.[12] On the other hand, Microsoft is going for high fashion with its Printing Dress, that projects the words you tweet. Whether chic or functional, the possibilities are endless. Smart garments have the potential to break out of their fitness look and go mainstream. 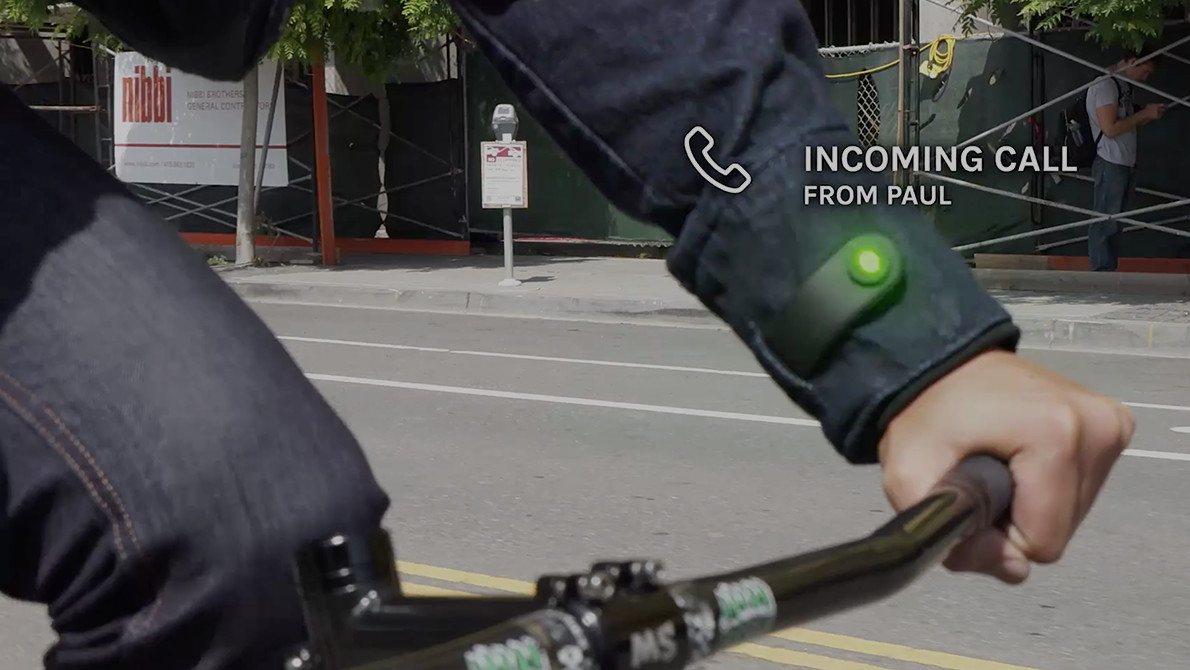 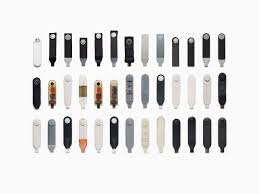 When the Referee Isn’t The Only Zebra On the Field

Blending of Science and Buddhism at Chinese Temple