Waymo LLC, a subsidiary of Alphabet Inc. is building technology that makes cars fully autonomous and is currently in the process of launching a ride-hailing service with a fleet of these cars. None of this would have been possible without the application of machine learning (ML) techniques, specifically, deep learning. At Waymo, ML isn’t merely a tool used to optimize a process or provide better insights into data; without it, the organization wouldn’t exist. Waymo is arguably the leader in autonomous driving technology, as measured by the total number of miles driven or simulated [1]. With all this technology at its disposal, and the financial backing of an organization as large as Alphabet, is there any scenario other than one in which Waymo leads the world in the future of transportation and mobility?

There’s no arguing that ML techniques form the cornerstone of Waymo’s business. The technology that enables self-driving vehicles relies on sensors to identify the surroundings of the car and makes decisions which mirror and potentially improve on human driving. While sensors to assist drivers park, navigate etc. have been around for a while, the critical component here is the algorithm that analyzes all this data and then controls the car. 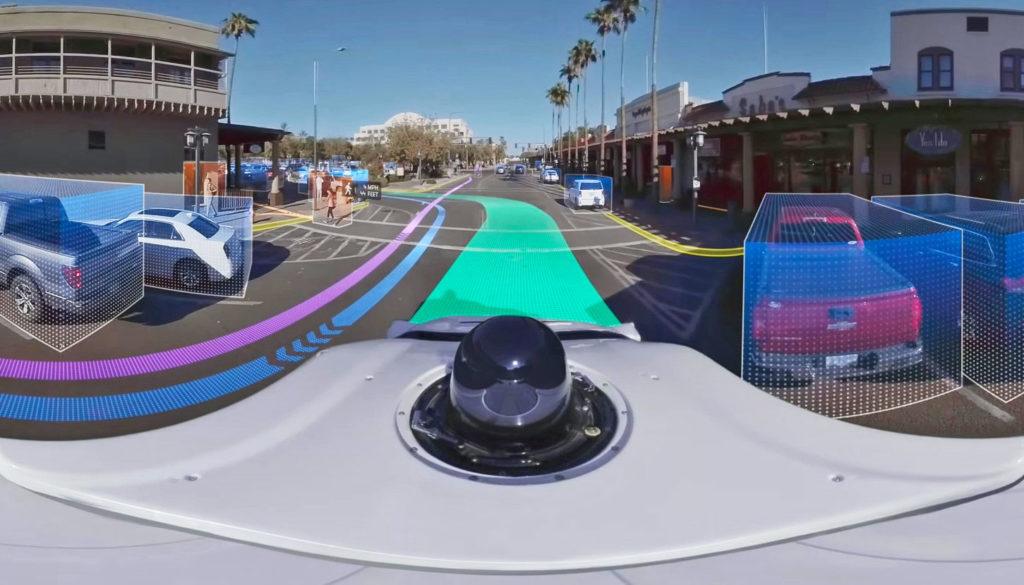 Despite all the simulated and real-world testing, their algorithm is not perfect and is subject to external factors like other drivers on the road. Waymo’s cars have been involved in multiple crashes but it appears that most of them were caused by human violations [2]. However, this is proving to be an issue for the company in the short term as it is preparing to launch a fleet of autonomous taxis in Arizona. Although accidents involving autonomous vehicles (AV) are far fewer than those caused by humans [3], there’s growing discomfort about the safety of these vehicles. To this end, the company has started an “Early Rider” program [4] which allows interested riders to use the service (for free). In order to improve rider safety, every car will have a safety driver at all times. In addition to introducing a new product to customers, Waymo can also gather data about customers’ perceptions of and reactions to the product and this is more data for their algorithm to learn and improve the ride experience. I think investing upfront in educating customers about the benefits of AVs will help build a loyal customer base and considering that this is still a novel product, customer interest is still high and a directed marketing campaign can help build brand loyalty.

Waymo believes that AVs will make transportation inherently safer by removing the common mistakes that humans make on the road [5]. However, to be completely safe, there needs to be a critical mass of AVs on the road, but this is a long-term continuous issue for the company (and industry) as legislation supporting AVs is almost nonexistent. Waymo, through its parent company, Alphabet is investing in legislative efforts [6] to educate policymakers about AVs and associated benefits in order to direct regulations and infrastructure investments to support the industry. In order to truly be a partner to the public transportation systems, Waymo is also attempting to factor existing infrastructure into its models to best serve customers [7], which will help the organization build a symbiotic long-term relationship with multiple stakeholders and improve its public perception. While this is a continuous process for the company, I think Waymo can demonstrate its commitment to its mission of improving transportation by assisting cities in emerging economies, where it wants to expand, build integrated transportation systems.

I have little doubt in my mind that AVs will be a staple of our transportation systems in the future. However, the transition from existing systems will differ drastically across the world and the implications will be widespread, and I think the manufacturers will have to play an active role beyond just product development. While I believe there are definite tangible benefits of an AV versus a regular vehicle, there are several questions to which I lack answers. For example, if an AV is involved in an accident, should the manufacturer be liable? Are the net benefits of AVs sufficient to negate the effects of job losses in the transportation industry? Given the requirements of AVs to be safe and successful, will everyone be limited to only AVs in the future and how will the regulations impact competition in the industry?

Student comments on Waymo: The future of (not) driving