Data has a way of perpetuating itself: its proliferation stokes hunger for even more data. This is especially true in the athletic space, where the rise of high-end, technology-enabled products such as heart rate monitors and exercise trackers have made athletes eager to track their performance down to the minutest level.

There’s a lot of money to be made in this nascent realm of digital fitness. The “wearables” industry (think FitBit, or Jawbone) alone is expected to grow to $25 billion by 2019. [1] Unsurprisingly, fitness stalwarts like Nike and smaller start-ups alike are jostling for market share and developing hardware and software solutions designed to provide athletes with more data about their performance. Under Armor, for example, is betting heavily on its concept of “Connected Fitness,” [2] and has been actively acquiring software companies and mobile apps in the space, such as MyFitnessPal and Endomondo. [3] Garmin, known to most consumers as a GPS and navigation firm, has developed a range of industry-leading exercise watches that are capable of tracking data for sports as varied as skiing and triathlon. [4]

Cue another firm looking to ride this wave: Wahoo Fitness, a young, Atlanta-based company that has developed a suite of hardware and software products that allows athletes — particularly triathletes, runners, and cyclists — to train and gauge their fitness levels. Wahoo’s core product, its indoor bike trainer (the “Kickr”), allows cyclists to ride their bikes indoors and to track key performance metrics such as speed, power (wattage), and cadence. Wahoo’s free “Fitness” app, one of a few in its mobile software suite, gives cyclists the ability to control their Kickr through their mobile phones and to simulate outdoor conditions such as wind resistance and slope. The result is a indoor riding experience that spans across Wahoo’s hardware and software offerings. 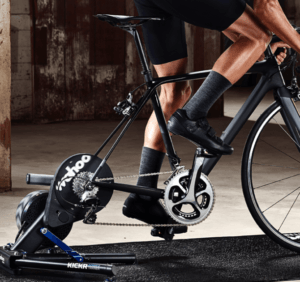 This interplay forms the bedrock of Wahoo’s underlying business model. Rather than locking customers into a combination of their software and hardware, Wahoo deliberately designs it hardware — from its bicycle trainers to its heart rate monitors — to interact with dozens of outside, popular software applications such as Strava and TrainingPeaks. [5] Not only does Wahoo allow users to sync their workout data across apps; customers can use outside apps to control the Kickr itself.

Wahoo’s decision to open up its data and hardware raises some interesting questions. In a recent blog post, partners from the Boston Consulting Group’s Boston and San Francisco offices argue that the interconnectedness between hardware and software poses an “existential” question to traditional hardware companies. They ask: “is it time to stop thinking of themselves primarily as hardware and systems companies and instead to view themselves as providers of software solutions and services?” [6]

This question is especially salient for Wahoo. Is its business model designed around hardware or software? Can it succeed at both? By democratizing access to the data that its hardware generates, is Wahoo declaring itself to be in the hardware business and ceding potential revenue from its software products? Does this open access give Wahoo a competitive edge that could result in a network effect of mass adoption and evangelism? On the software side, could Wahoo conceivably begin to monetize the data it generates, thereby opening up additional revenue channels and declaring itself to be in the business of both hardware and software? 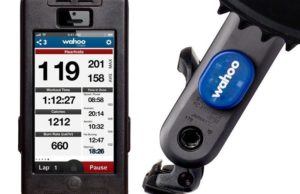 The answers to these questions could have enormous implications for Wahoo’s operating model going forward. Its current strategy — focus on hardware with open connectivity — requires an operating model that closely hews to the typical hardware development process. This process is, by definition, fixed and linear, requiring large up-front investments and clear timelines.

Should Wahoo choose to begin monetizing its software, it will need to develop a much stronger value proposition for its apps. The company will need to go beyond data tracking and into more robust data analytics. Cyclists and triathletes alike are data-hungry, eager to compare historical trends and comparative efforts, and more than happy to spend money on cool gadgets. Wahoo has done an incredible job with its Kickr; perhaps it’s time to give customers something to celebrate in the software space.

[1] “Wearables Market to be Worth $25 Billion by 2019.” Press Release issued by CCS Insight. http://www.ccsinsight.com/press/company-news/2332-wearables-market-to-be-worth-25-billion-by-2019-reveals-ccs-insight. Accessed November 2016.