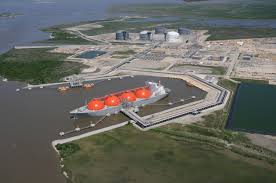 Cheniere Energy is a Houston based energy company primary engaged in liquefied natural gas (LNG) related business. Its original business model was based on constructing and operating US based LNG import terminals. LNG would be delivered to such facilities by ships, stored and then supplied to the national gas grid as required.
In the annual energy outlook of 2007, Energy Information Administration (EIA) was forecasting significant growth of US gas demand and subsequent growth of LNG imports to satisfy increased consumption. Unlike the situation in Canada and the United States, in much of the rest of the world the natural gas resource base had not been significantly exploited. Thus, there was ample potential for growth in LNG supply. EIA forecasted that US LNG imports would grow to over 3 trillion cubic feet in 2020 (about 15% of total demand) from about 0.5 trillion cubic feet in 2007 (about 2% of total demand). Cheniere’s operating model was well suited to capitalize on this growth. By 2008 he company constructed and operated expanded Sabine Pass LNG import terminal together with a pipeline to connect the terminal to the national gas grid, owned a share of Freeport LNG terminal and had government permits to construct another 2 import terminals. To partially hedge itself from gas price fluctuations, Cheniere concluded long term throughput agreements with international oil companies (IOCs such as Total and Chevron) for part of the throughput capacity of the LNG import facilities. IOCs would deliver the gas by ships to the terminals where Cheniere would process the gas and would effectively redeliver the gas back to the IOCs at the national gas grid. Cheniere would be paid a take-or-pay processing fee for such service. The remaining throughput capacity was contracted to Cheniere Marketing, a subsidiary of Cheniere with the plans to monetize the assets by concluding contracts directly with international LNG producers and importing cheaper gas into US for profit. Considering the prevailing forecasts for high US gas prices, Chenire business model was very well aligned with its operating model. Unfortunately for Cheniere, market forecasts did not come true as development of exploration and production technology allowed commercialization of domestic unconventional gas reserves which, in turn, led to significant decline of gas prices and LNG imports. Increased domestic gas supply led to Cheniere’s share price to fall from above $40 in 2007 to below $4 in 2008. As US became more than self-sufficient on gas supply, LNG import terminals became practically redundant. However in growth of domestic production Cheniere saw an opportunity to completely reverse their business model and capitalize on abundant supply of US gas. In 2010 the company submitted plans for government for upgrading its existing Sabine Pass LNG import terminal to be able to process LNG exports. Once again to hedge itself from the price risk and to secure funding, Cheniere negotiated long term take or pay contracts to supply some of the LNG available for export to new set of IOC and end users. Under the new supply contracts, Cheniere would buy gas from national grid (it reversed the pipeline to deliver gas from the grip to the terminal), process it and load it on the ships. The LNG sales price under those contracts would be price of the purchased gas plus processing costs plus Cheniere’s profit margin. The remaining LNG available for export was contracted to Cheniere Marketing with the view of making profit from selling cheap US gas into premium international markets. The exports are starting in 2015. Following this complete turnaround, the new business model is again matched by new operating model.

Target Misses the Mark in Canada