2015 was an important milestone in the fight to eliminate deforestation. 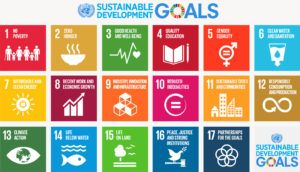 Deforestation contributes up to 15% of global greenhouse gas emissions. The principal driver of deforestation is commercial agriculture, fueled by growing populations with increasing incomes, which have sent demand for key commodities soaring. Yet forests are essential for life. They sustain the livelihoods of 1.6 billion people who depend on them for food, medicines and fuel. They are also the lungs of our planet and help to regulate our climate.

Corporations control virtually every step of the food production and distribution system, which is riddled with ecologically unsustainable practices. Global giants such as Phillip Morris, United Fruit, PepsiCo, Cargill, Unilever and Nestle oversee vast portions of international agricultural production and trade. In fact, multinationals either directly or indirectly command 80 percent of the land around the world that is cultivated for export crops such as bananas, tobacco and cotton. Such agro-export “development” patterns regularly displace farmers producing food for local consumption, pushing them into situations where they must overexploit the environment to survive. The unsustainable practices also lead to deforestation and multinationals have started to realize that fast use of resources and deforestation are going to deplete the natural resources to sustain long term growth for the business unviable. 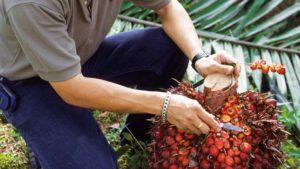 Unilever claims to be ‘among the world’s largest users of agricultural raw materials, such as tea, vegetables and vegetable oils.’ They purchase nearly 3% of the world’s palm oil production and 1% of its soy. This gives them a significant i
nfluence, but also shows the extent of change needed to transform entire systems of supply. For a long time, no regulation and guidance in these areas have led to unsustainable forestation practices which have impacted forests in Malaysia and Indonesia, the largest palm oil suppliers in the world.

Unilever’s main concern had been working conditions in his plantations. Mr. Polman (Unilever’s CEO) wants to change the entire industry. He and others have persuaded members of the Consumer Goods Forum, an industry group, to sign an agreement to shift to sustainable palm-oil production practices. In July 2012 Wilmar, the world’s biggest palm-oil trader, signed up—a step forward. But the agreement has been criticized by environmental groups such as Greenpeace for allowing too long a transition to sustainability. Worse, the big Western consumer-goods companies account for only 20% of palm-oil sales. So even if they all promise not to use palm oil from cleared forests, will they be able to stop the deforestation?

Over 90% of globally traded palm oil is now covered by no-deforestation pledges. But can these promises be turned into action? This requires a transformational change in global systems. As a step towards this Unilever has joined with Marks & Spencer and declared their intention to move towards preferentially sourcing from jurisdictions that have adequate ‘no deforestation’ policies in place, which increases production and protects the environment and communities. This enables agricultural production and human development goals to be achieved side by side. 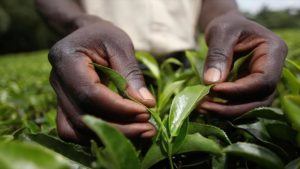 With the focus by the UN on the SDG’s in 2015 there is a great opportunity for companies like Unilever to leverage networks and relationships to build on the initial success that they have had on the palm oil sustainability. Partnerships and networks with government, NGOs, and other alliances would be critical to make a transformative change in the commercial agricultural landscape.

But just the initiative within Supply Chain are not sufficient, to meet the carbon emissions goals it is critical for companies like Unilever to work on changing customers’ behavior. Unilever measured the carbon footprint of 2,000 products and found that on average 68% of greenhouse-gas emissions in their life cycles occurred only after they got into the hands of consumers, mostly through the energy-intensive process of heating water (e.g., for tea bags or washing powder). This requires need for innovative product and packaging solutions. Though they have had some success through the dry shampoos – which reduces the use of water, or concentrate detergents – which reduces packaging materials, there is a long way which Unilever has to cover to be able have a positive impact on climate change.