Weight Watchers is an international organization that helps customers lose weight by providing them with online support, programs, features, and tools. The subscription based product helps teach customers how to live healthy and active lives. Weight Watchers is continuously working on developing new and innovative programs to help their customers receive better results faster! Founded in the 1960’s, the company has grown from a group of friends looking for a support group to a global platform to promote a healthy lifestyle. Also, the brand is well known, trusted, and respected. [1]

A legacy under review

In 2013, Weight Watchers celebrated its 50th anniversary, but the well-known and trusted brand was repeatedly losing profits and failed to follow the industry trend towards digital applications [2]. From an operational perspective, Weight Watchers’ foundation is built on support groups, which developed into online forums and chats, but the company failed to jump on the digital bandwagon which ultimately resulted in the loss of customers to free digital apps and active bracelets and watches. [3]

The effects of Weight Watcher’s delay in entering the digital app market led the company to hire Dan Crowe as Chief Technology Officer to help provide a new light and direction. [4]

When Dan Crowe took over as CTO, he knew that the priority was to bring Weight Watches up to speed and to compete in the mobile app arena. In 2014 the Weight Watchers app was launched. The app, which can be integrated with iOS 8 and Apple HealthKit, contained several features that link not only to other apps and devices such as Fitbit and Jawone, but also to the user’s online account. [4]

Key features included the capturing and measuring of data and converting that data into Weight Watchers points. Also, members could use the app to track what they are eating as well as their exercise patterns. 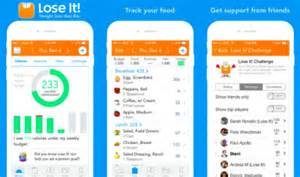 Reactions to the digital launch

A year following the launch of the app, profits continued to decline. Researches continued to innovate with digital technology, but in my opinion there were two main factors that contributed to the poor results post launch. The first was that Weight Watches was significantly late to the market. By 2015 free fitness, diet, and healthy living apps were in abundance. Also, the market was expanding toward wearable fitness devices. The second factor was that the app was poorly rolled out. In addition to multiple glitches and user interfacing issues, only a handful of app features were accessible to non-Weight Watcher subscribers [8].

Two years following the 2013 launch, a revamped digital app and a new spokeswoman, Oprah, were another attempt to increase profits. Unfortunately, customers continued to have complaints about the user friendliness and reliability of the app. Compared to the same period in 2015, subscriptions fell by 4.8% [7]. 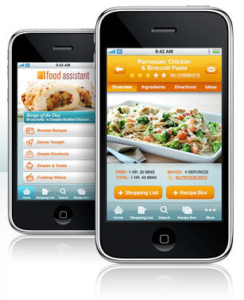 Despite its late arrival to the digital market, Weight Watches is a leader in weight loss services. The CEO James Chambers best stated the upcoming challenges that the company faces:

“Weight Watchers misjudged the long game trend in the market and now finds itself playing catch-up as a legacy providers of services and products.

On the plus side, it has a 50 year plus brand; on the negative side, it’s got an old, established business model and culture that’s going to be hard to shift.” [6]

Moving forward, Weight Watchers will and should continue to innovate via the app and web space. I would recommend reducing the glitches and finding a way to reach out to non-subscribers. Also, the company should continue experimentation with food delivery partners like Amazon fresh. The business model is to improve overall lifestyle, mental, and physical health. In this new day of mobile technology, Weight Watchers need to stage a comeback so that it’s digital position matches its brand legacy.

OverDrive and the Digitization of Public Libraries