“The internet is one of the most powerful tools for economic and social progress. It gives people access to jobs, knowledge and opportunities. It gives voice to the voiceless in our society, and it connects people with vital resources for health and education.

I believe everyone in the world deserves access to these opportunities.”

In August, 2013, Facebook in partnership with Samsung, Ericsson, MediaTek, Nokia, Opera and Qualcomm, launched Internet.org[2], a project aimed at bringing affordable internet access to about five billion people world-over[3]. The project made waves throughout developing countries and Zuckerberg was lauded for his vision and philanthropy. Over the next few months, he spoke and wrote at various forums on the idea and importance of having free internet for all. 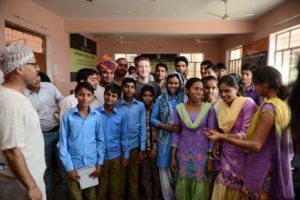 India was an important focus area for this initiative. In 2014, Zuckerberg visited India and met Prime Minister Modi and the IT Mi 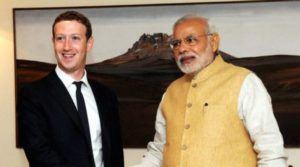 nister, assuring them to support their Digital India initiative[4].

In 2015, Zuckerberg visited Indian villages, met locals, and pointed out how much free internet could benefit their lives.

“Who could possibly be against this?” Zuckerberg asked in an article he wrote for an Indian newspaper.[5]

In April 2015, web-technology companies, mostly start-ups, started pulling out of this initiative and criticized it[6]. The problem had its roots in the principle of “zero rating”, which was fundamental to the “business model” of Internet.org. This meant that service providers would offer selective services and access to certain applications only. It went against the principle of ‘net neutrality’, which The Economist called “the idea that all data on the internet should be treated equitably, regardless of content or provenance.”[7] Common people were also worried that they might have to pay extra to access individual apps.

Facebook was blocked in China, making India, with its population of over 1.2 billion people, the biggest growth market for the social networking site[8]. It was alleged that Facebook wanted to dominate this massive market by monopolizing access of internet among those who could not afford it otherwise. Internet.org had partnered with local carrier Reliance Communications to offer “free internet services” in India. However, only 38 web

sites or apps could be accessed without consuming or paying for internet[9]. Users would naturally be inclined to use these websites for free instead of paying for internet charges to use competing websites. In all fairness, none of the participating sites had paid or were paid to participate in Internet.org.

But start-ups complained that they would never be on equal footing with these websites if the user is supposedly disincentivized to use new their products. As per their logic, Facebook, the phone carrier, and the limited number of sites could soon capture hundreds of millions of users in India, and by reducing their access to other sites, gradually build a monopoly over this massive customer base.

Indian tech start-ups and internet activists launched the ‘Save the Internet’ campaign[10] to promote net neutrality and save the fundamental architecture of internet, as Internet.org was “threatening freedom of expression, equality of opportunity, security, privacy and innovation.”[11] Countries such as USA, Netherlands, Chile, Brazil, etc. already had regulations or laws favoring net neutrality.

Save the Internet appealed to the common masses to voice their discontent to the concerned regulator, Telecom Regulatory Authority of India (TRAI). It was estimated that over a million emails were sent to TRAI, which had asked for comments on a consultation paper.[13]

The author believes that it started becoming evident that Facebook and service providers had business interests in mind while offering free internet. They could capture and own a big share of internet users and eventually be paid by some websites to keep off their competition. While Facebook tried to make certain changes in their model because of the protests, they did not agree to let all websites be used without data charges.

Instead, the initiative was rebranded and given a new name – ‘Free Basics’. The fresh branding with a powerful connotation again received a major lobbying push by its proponents, but it was soon realized as a case of astroturfing and repackaging, and was rebuked by TRAI.[14] 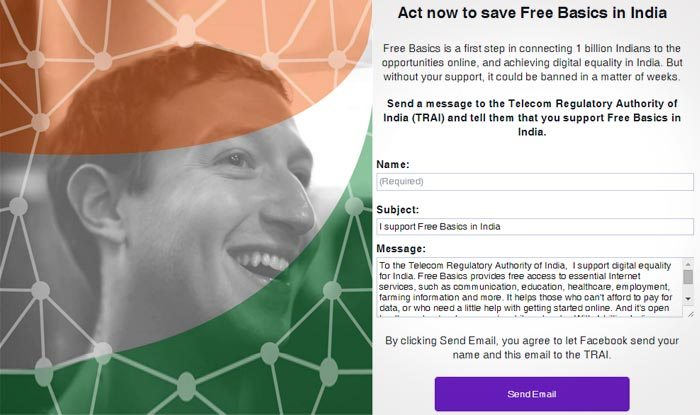 The author believes that Facebook tried to pursue a business interest in the name of philanthropy. If this was not their intention, they should have not discriminated among websites and offered genuinely free internet, which would have been transformative for developing countries, and have truly led into a digital transformation.

The Ever Expanding Reach of Blockchain

A Way for All Consultants to Stay Healthy on the Road