It’s Wednesday 12:10pm and you decide to venture to the food trucks by the parking lot, when a question creeps into your head: Will they accept credit cards? When’s the last time you even had cash? Then you see the little Square and you smile! 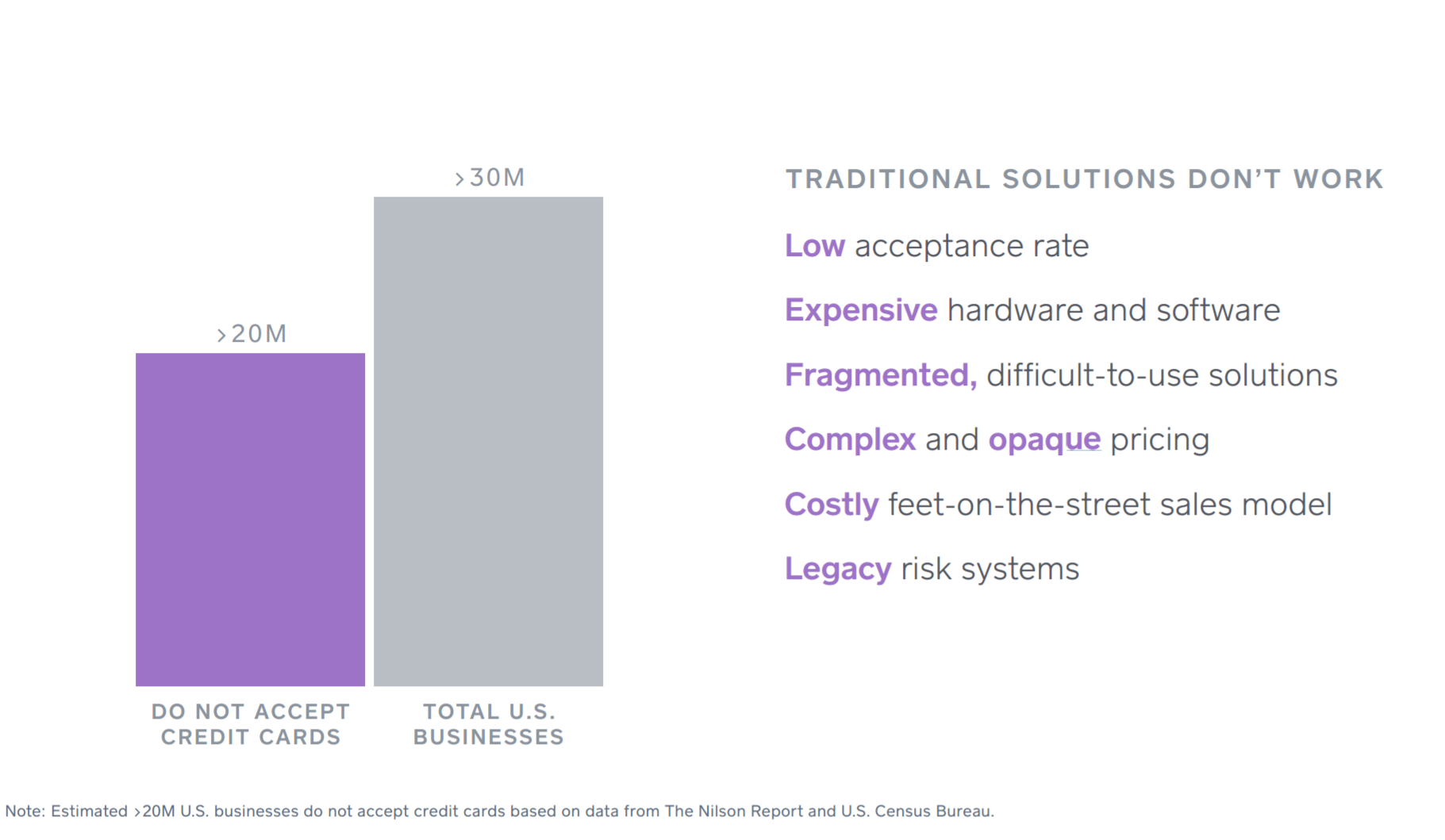 Square was founded in 2009 when founders Jack Dorsey and Jim McKelvey identified a big pain point for both consumers and small and medium enterprises (SME) in the payments market. Before Square, there was no easy or cheap way for small businesses to accept credit card payments. This was particularly troublesome given some sales were not occurring even when consumer’s wiliness to pay was higher than the sellers willingness to sell, simply because of the lack of payment options. According to U.S. Census Bureau and Nilson Report, over $20M businesses do not accept credit cards. Over 48% of U.S. transactions are still being performed by cash, while more than 62% of consumers own at least one credit card and more than 79% own at least one debit card. [1] [2] 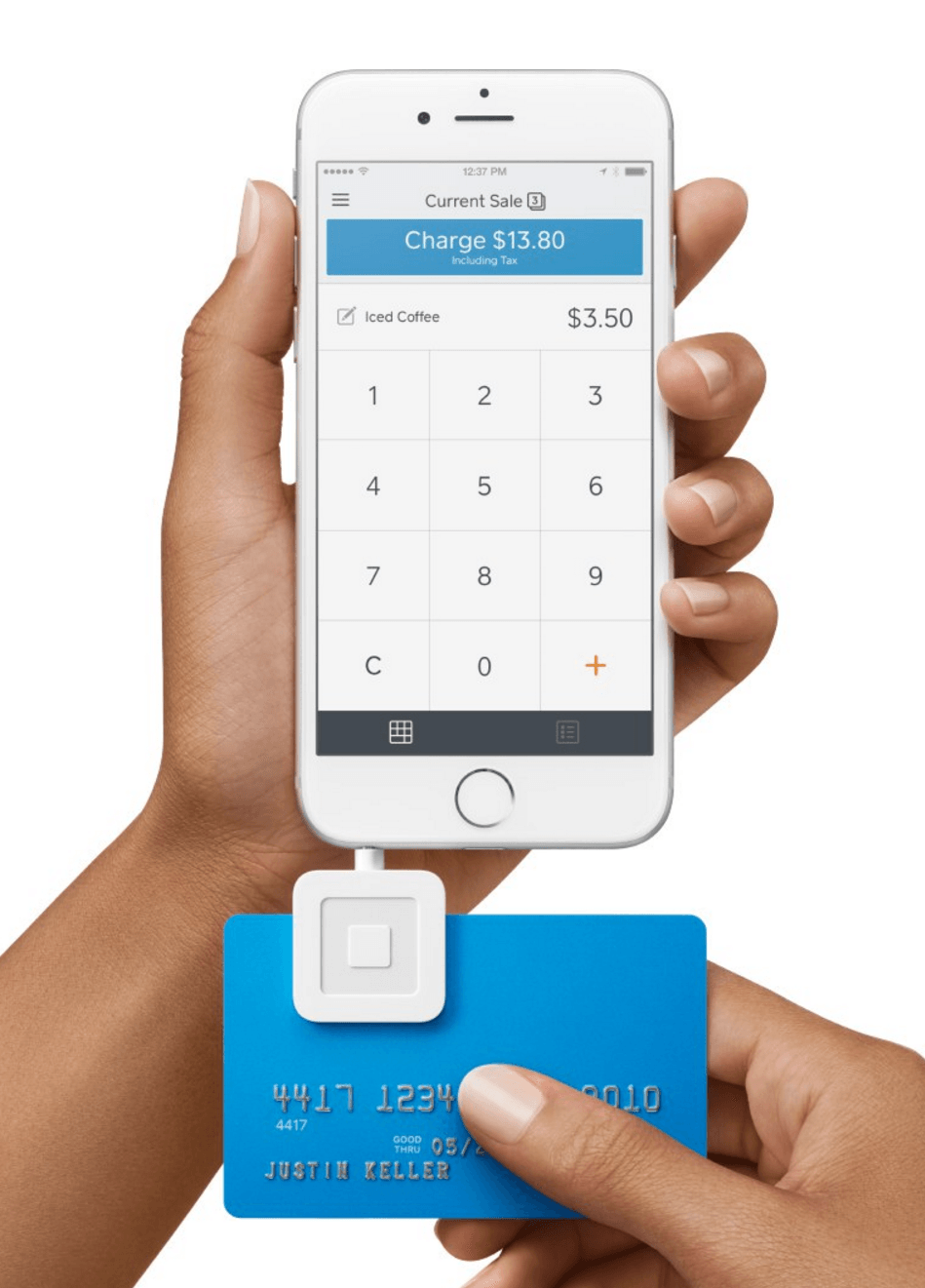 Square attacked this problem by introducing Square Reader, which consisted of a simple square that could be connected to an iPhone’s 3.5mm audio jack and could read credit cards. In order to motivate sellers to enter the market, they offered the credit card readers by free and charged at 2.75% fee on every credit card transaction. Square does not have any additional fees beyond the 2.75% per swipe and there are no monthly fees or set-up costs, therefore lowering the barriers of usage. Square claims that its costs are, on average, lower than the costs charged by the conventional credit card processors. “Square changed the game in the micro-merchant segment (merchants with electronic sales volume below $250 million) through innovative “self-service” distribution and seamless wireless connectivity.” [3]

Given it’s immediate success, Square looked at ways to grow its business and was presented with the option to either focus on consumer or on the SME owners. In the consumer space it decided to launch Square Wallet, an app that allowed customers to set up a tab and pay for their order by providing their name (or a barcode) using a stored credit, debit, or gift card. Unfortunately, many merchants did not participate in the system, and thus Square Wallet was removed from the App store in 2014. Although many consumers were willing to try the app, when they opened the Square Wallet, the options of shops that would accept the payment was too little and too random for it to create any type of network effect. In the end, the low number of sellers on the app caused one of Square’s biggest downfalls, as the expected growth by mobile payments became less attractive. 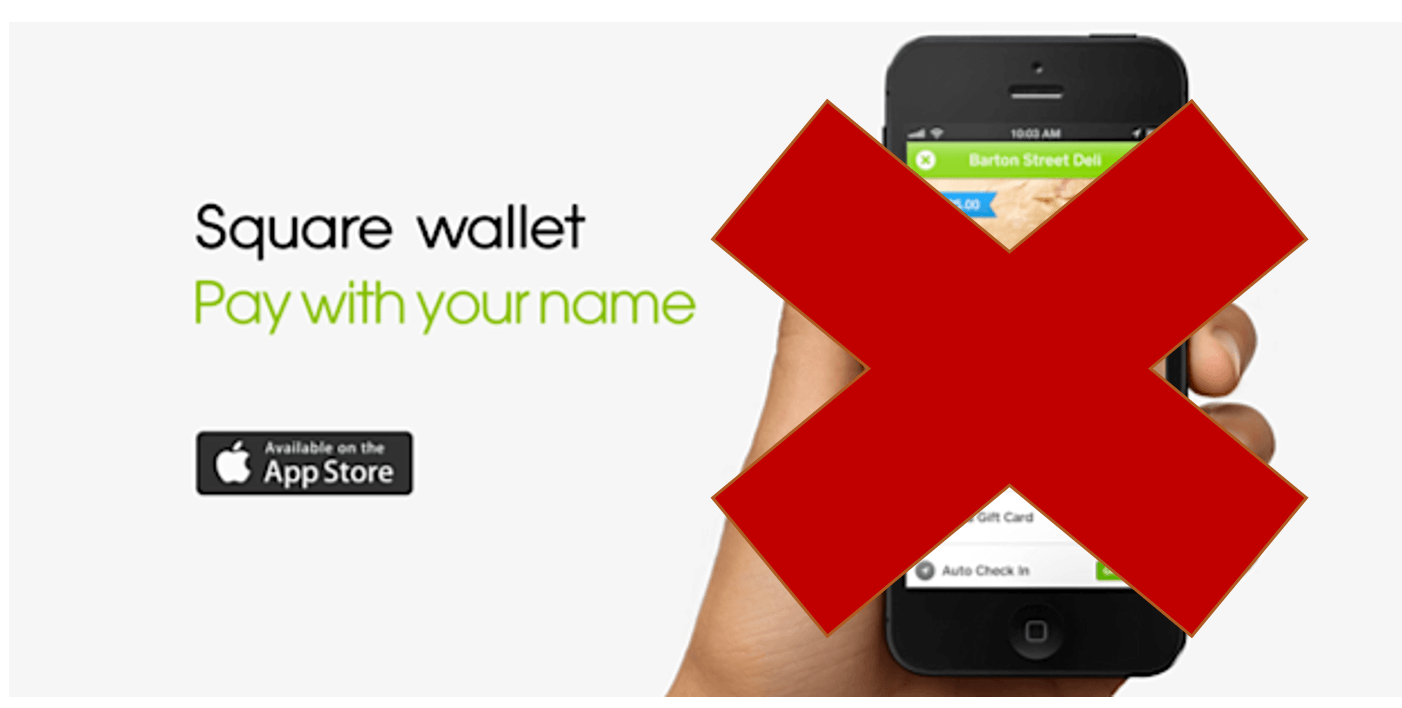 As Square prepared to IPO in 2015, concerns about its growth potential increase among investors. The company ended up going to market at $9 per share, instead of the expected $11-$13 range. Since then, the company has been able to refocus its operating model and works mostly with the B2B segment. Given the payment processing industry has thin margins with little barriers of entry, Square has began to diversify its offering of products. As an early market leader, Square has built an ecosystem of products geared towards business owners, from financial services to marketing and services, trying to provide differentiated value to their customers (business owners). 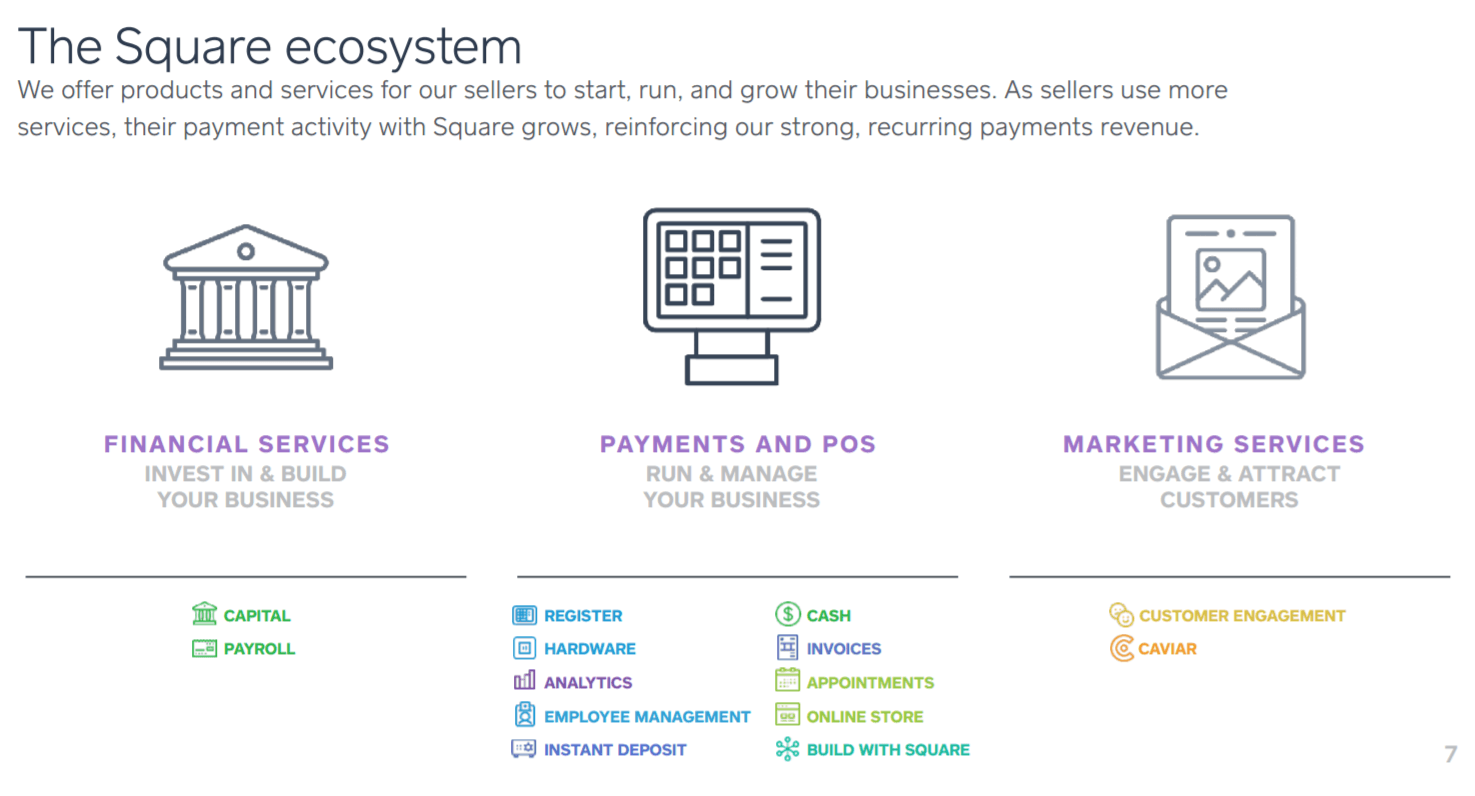 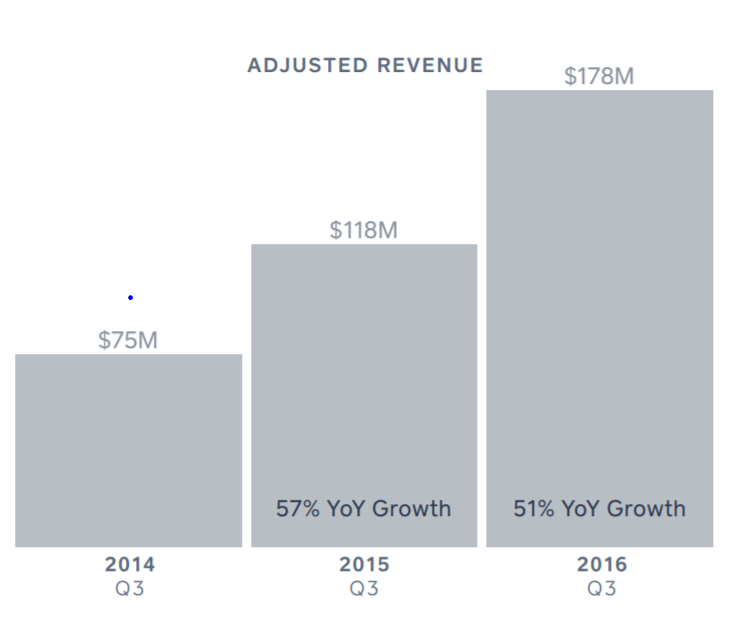 These services offer the potential for much greater margins than Square’s core business, while keeping merchants loyal. Fortunately for Square shareholders, demand for these services has been strong in recent months. Last quarter, Square’s software and data product revenue rose 130% on an annual basis which led to the company’s adjust net revenue YoY Growth of 51%. [4] Even with this growth, the company is still recording profit losses and it is unclear how successful all of their services could ultimately be.

Square was able to create and capture the value of payment transactions, but in order to become profitable it will need to expand its’ products into other higher margin segments. It has two advantages:

Ultimately, I do believe Square has the potential to become a strong market player in the payments sector.

How Technology is Changing the Treatment of Type-1 Diabetes

Student comments on The Verdict is still out – Will Square Survive?