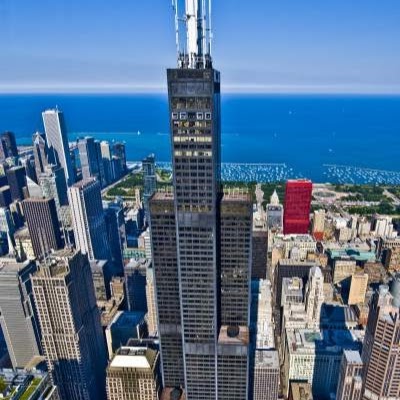 In 1972, when Sears built the world’s tallest skyscraper as its headquarters in Chicago, three out of four Americans visited one of its store locations each year. By 1994 the company hold sold the tower, and as of 2015 the company is averaging yearly losses of over $1 billion.

The company’s value proposition was to offer a wide range of high quality moderately priced goods to the everyday American consumer, as communicated in an internal motto: “Sears is a family store for middle-class, home-owning America. We are not a fashion store. We are not a store for the whimsical, nor the affluent. We are not a discounter, nor an avant-garde department store…We reflect the world of Middle America, and all of its desires and concerns and problems and faults.”

In 1886, Richard Sears began selling watches in rural Minnesota, and in the century that followed his company showed impressive skill in adapting to be able to best deliver to its customers.  By 1895, the company, now name Sears Roebuck & Co. published a 532-page catalog with an array of merchandise. The catalog gave everyday rural Americans access to goods they would be unlikely to be able to afford from their local general store.  Coinciding with the rise of automobiles and urbanization, Sears began opening large department stores in 1925, again placing their product where average American wanted to purchase it.  Finally, in the 50s and 60s the company anticipated the growing importance of suburbs and began moving the majority of stores into what would become suburban malls.

But over the years Sears become involved in many businesses in addition to its retail core, purchasing or establishing diverse businesses such as auto insurance companies, stock brokerage and real estate companies. The strategy boosted company revenues, but diverted resources and focus away from Sears’ core business model.  As a result, its retail business suffered and lost market share to big-box competitors such as Walmart and Target and specialty retailers such as Home Depot and Circuity City in the 1980s and 90s.  In 1993, under new management, Sears closed its famous mail order business.  The business, described as the online shopping of its day, was archaic and had been steadily losing money.  A year later, Amazon was founded and all brick and mortar retailers would soon find themselves with a new challenge.

While its retail core continued to stagnate due to low investment in stores and poor customer service, Sears had a problem in the early 2000s with its credit business.  Offering credit had historically been an important part of the Sear’s value to consumers, and historically the unit had been profitable.  However, as Visa and MasterCard became ubiquitous, Sears was forced to compete on terms, leading to rising payment delinquencies that ultimately caused Standard & Poor’s to downgrade the company’s debt in 2003, while the unit was sold later that year.

In 2005, after continued poor performance, Sears was bought out by Kmart, engineered by hedge fund founder Edward Lambert.  Mr. Lampert became the chief executive and majority stakeholder in the company.  The following decade has seen a liquidation of many of Sears’ peripheral assets, but an unclear operating model of its core business. One high level executive commented “I believe that [Lampert] believed at the time [of the merger] that he had the God-given talent to create a brand-new retail operating model, but he never articulated how his model was going to be any different.”  Examples of the ill-conceived retail attempts that followed included a too-little too-late online platform and an attempt to create an internal Twitter-like service.  Going forward, the business community is unclear on both whether Sears will be able to reconnect with what the average American is looking for in a merchandiser as well as whether the company is focused on improving its operating model or simply liquidating its businesses at the best prices it can get.  Either way, the once iconic brand seems unlikely to return to its historic status, in large part due to the Sear’s inability to focus operations on delivering the value that the core business model required.

Volkswagen: how to destroy 30 billion dollars in a week

Student comments on The Rise and Fall of Sears