Los Angeles Unified School District (LAUSD) is one of the largest public school districts in the United States, serving over 700,000 students in 26 cities in the Los Angeles valley region at 1,302 school sites.[i] The District is planning for and responding to climate change effects primarily by providing education around these issues to students and by modeling environmental sustainability in facilities design, construction and operations.

LAUSD is not alone in adopting policies and plans to reduce its carbon emissions. In fact, public entities across the United States have developed Climate Action Plans with specific carbon reduction targets and timelines. Like LAUSD, many public entities are largely focused on reducing their climate impact, not on preparing for climate change impacts such as sea-level rise and extreme weather risks. Among the largest cities in the country with Climate Action Plans, 80% include goals around improving energy efficiency of existing buildings, but only 25% include any adaptation measures.[ii]

LAUSD may not be considering the impact of climate change on its most vulnerable students or students and families it has yet to meet. Homeless youth. Climate refugees coming to California. Students whose families depend on California’s agricultural economy for their livelihoods. Providing education and economic pathways for these students may not be enough to safeguard their futures. The District could be doing more to affect change in land use planning, transportation, and construction practices by voting with its capital budget and spreading awareness. Furthermore, by engaging its teachers and staff and reaching out to students’ families, the District has an enormous platform to create behavioral change around energy and water use.

In 2008, the District’s Board of Education passed a resolution to mandate environmental awareness education including the science of global warming in all K-5 classrooms (in addition to existing climate change curriculum covered by courses in grades 6-12).[iii] The mandate was accompanied by plans to convert one of the District’s facilities into a green facility for the dedicated purpose of educating students about sustainability and global warming.[iv] Beginning with their core competency – education – the District’s leaders took a stand in asserting that understanding climate change science was required for students to become effective global citizens. 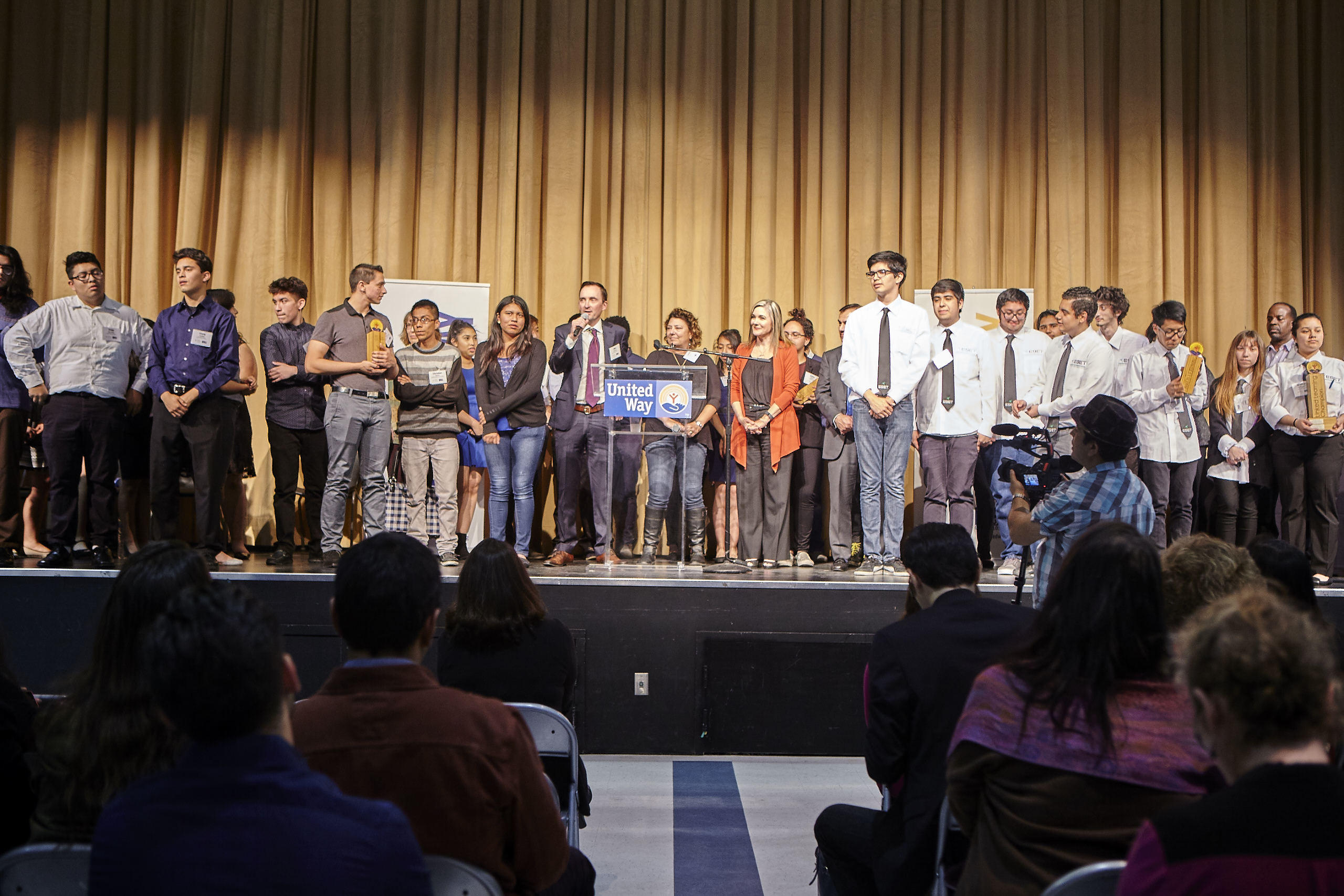 A core part of the District’s mission is to prepare students for careers of the future, which include industries that will be transformed by climate change. LAUSD was the recipient of a California Department of Education Linked Learning grant which funds career academies – schools within schools focused on experiential learning – throughout the District. [v] Student projects within this model have included designing a bridge for the planned high-speed train project (improving transportation sustainability), writing an environmental impact report on projects impacting the Los Angeles River (environmental sustainability and water systems), auditing classrooms and designing a programmable lighting and HVAC control program (energy efficiency), and studying the impact of environmental factors on obesity rates and mental health problems prevalent in certain L.A. neighborhoods (environmental justice and public health).[vi]

In addition to influencing thousands of young minds, the District commands significant purchasing power in the building industry, which is a major contributor to energy and water use and thus is the largest contributor to global greenhouse gas emissions.[vii] In order to increase funding for school facilities, the District relies on the political organizing power of the building trades unions to mobilize voters in support of school bonds on election day.[viii] Incidentally, sustainable building retrofits are good business for the trades as well as an operational cost saver for schools. Thus LAUSD manages over $22 billion in voter-approved school bonds and been aggressively pursuing energy efficiency retrofits and solar installations across the district, which have already prevented emissions equivalent to over 60,000 metric tons of CO2.[ix]

Change is the Only Constant

A recent report indicates that the energy intensity of California’s economy is decreasing even as new jobs are being created.[x] This is good news for the students of LAUSD who are gaining skills for the new economy and understanding the necessity of adaptation as they watch the systems around them change.

To Shop, or Not to Shop: Depends on the Weather

Student comments on The Only Constant is (Climate) Change: Adapting Education for a Warming Planet