In September, the trade group that has represented the interests of major newspapers since 1887 officially dropped “Newspaper” from its name, sealing the fate of American print journalism was not a question of ‘if’ but ‘when.’ (1)

And it’s about time. The word ‘paper’ has rapidly decoupled from ‘news’ since the 1990’s. Not only does ‘newspaper’ not cover the vast area of news media consumed across digital, video, and mobile channels, but in the last two decades, the industry has faced a vicious cycle of precipitous declines in print circulation and slumping ad sales. Classified advertising, once a robust source of revenue squarely in the wheelhouse of newspapers, has been bled dry by the advent of free classifieds platforms such as Craigslist. 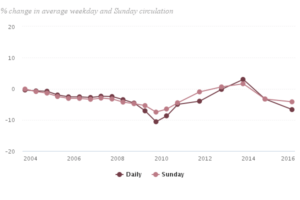 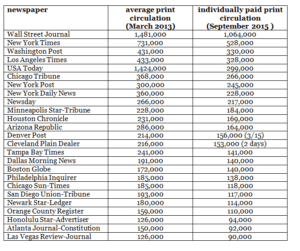 In 2015, after many had argued the declines had plateaued, newspaper circulation saw its biggest decline in six years with a 7% decline in daily circulation. The US alone has shed one-fifth of its journalists since 2001 and the NYT is no different. 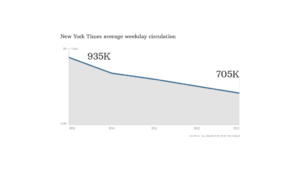 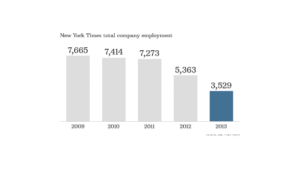 Digital the enemy. The increasing use of large search engines (affectionately referred to as Google) alongside ubiquitous social platforms through which news is spread (our friends Twit/book) have changed the habits of readers to access information via targeted search or referral as opposed to general interest publications. (2)

Digital the friend? As the internet has threatened to disintermediate the NYT as a news conduit, the operational strategy seems obvious: go digital. The Times, though not the first to launch an online presence (kudos to the Globe), was the first to finish in the race to 1M paid digital subscribers, in addition to 25M digital unpaid users. 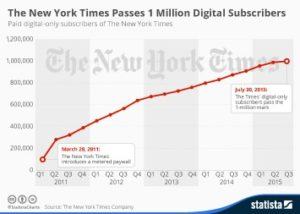 Though the scale is encouraging, the NYT reported a $14 million net loss in Q1 2016 while posting continued robust growth in digital subscriptions. The math is obvious and pervades the industry: digital ad sales growth have not come close to that of printed counterparts. For the NYT, both print and digital ad sales fell in Q1 2016 amid pricing pressures. 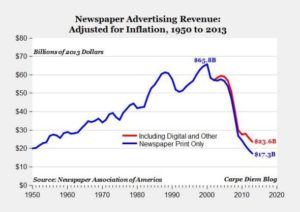 Despite profitability issues as well as a string of failed digital pilots (the mobile app NYT Now was shuttered fall 2016), the NYT has unveiled a $50 million commitment to invest in a digital expansion plan over the next 3 years (3) (4). In addition in-house development, the company has also used acquisitions to expand into adjacencies, though to arguable success (see sale of About.com in 2012). In October, NYT acquired gadget recommendation site The Wirecutter. (5)

The digital democracy: too much of a good thing? In the recent election, one (of the many) issues that surfaced about our media consumption was the rampant spread of disinformation and the relative ease afforded by unchecked channels. As NYT columnist Nicholas Kristof puts it: “When we go online, each of us is our own editor, our own gatekeeper.” (6) But is that what we want? At least some of the issue is that Facebook uses an algorithm of ‘shares’ to promote articles, leading to absurd outcomes such as an article purporting the Pope and Denzel Washington had endorsed Trump. (7) 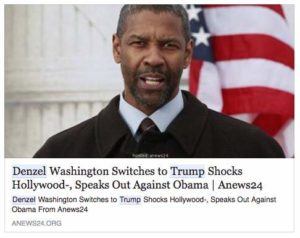 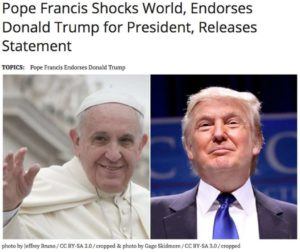 Business of responsible journalism. Though the digitization of news has threatened the original business model of NYT and its peers, I would argue that it has also brought about a new value proposition for editorial journalism: we now need responsible and accurate reporting more than ever. Thus, the NYT should not only operationalize itself to compete digitally on the same basis as Facebook and Google, but firmly assert its role as the professional and editorial informant to the public. For those of us who desire that additional filter, the NYT’s value as a haven will only grow as Facebook’s cluttered ‘like’ library grows.

To operationalize its position in responsible reporting, I advocate 2 strategies:

Education in a Digital World

Barilla: how the Internet-of-Things helps tracing food from “field to fork”

Student comments on The New York Times is Not a Paper: The Face-off with Twit/Book