Mobile devices have reached a tipping point as both the number of users and total usage (time spent per day) now significantly outpace other forms of digital connectivity (desktop/laptop/other).[1] There are over 2.1 billion smartphone users globally. Over two thirds of adults in advanced economies report owning a smartphone.[2] An increasingly connected and on-the-go world has created a tremendous opening for companies able to effectively reach this audience. It has also provided an opportunity for companies to capitalize on other technological megatrends such as artificial intelligence and big data as well as the sharing economy and distributed trust to collaborate with people in order to solve everyday problems.[3] 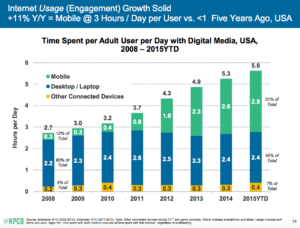 Road-traffic is one of those of problems. It is universal and indisputable that people loath wasting time in the car. Enter Waze (owned by Google)! Waze seeks to solve this problem by creating local driving communities that work together to improve the quality of everyone’s driving.[4] It is effectively a GPS system on steroids. Instead of passively providing route guidance assuming traffic conditions are static, Waze differentiates itself by using live feedback produced by its users to generate real-time traffic reports. It then adjusts its route guidance accordingly and communicates the changes to users. By crowdsourcing, analyzing, and disseminating pertinent information instantaneously and iteratively, Waze seeks to improve everyone’s travel experiences.

The user experience is simple and requires little, if any, change of behavior on the part of consumers. Users download the app, enter their destination, and then follow the turn-by-turn navigation curated by Waze. Waze automatically updates its route guidance based on changing traffic conditions. At the same time, the user is passively sharing his/her traffic and road data with other Waze users on the road. Users also have the option of taking a more active role by reporting additional traffic information or hazards along their routes, or acting as online cartographers helping Waze to build out and refine its own maps over time.[5] The value creation for consumers comes in many forms: shorter transit times, decreased gas consumption, accident prevention, a playful app interface, and the ability to send live updates to friends with Waze’s social features. The app is also free! 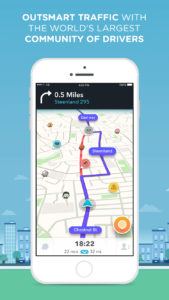 Since its founding in 2007, Waze has grown at a rapid pace and boasted of over 50 million users in 2013.[6] All of these users means Waze has collected and continues to accumulate a wealth of data that can be used to generate significant value for the company. More specifically, Waze captures the commuting habits of tens of millions of users—when they drive, what they pass by on their way, and the location they ultimately travel to—and uses that data to sell location-based advertising to advertisers. Consider the ability for a restaurant to alert users when a consumer is near a restaurant’s location. That proposition is far more valuable to advertisers than showing the same ad on a website when a potential customer is instead sitting at home. Advertisers are hungry for more information on their consumers, specifically the user’s location, and Waze gives them a platform through which to target consumers more effectively.[7] 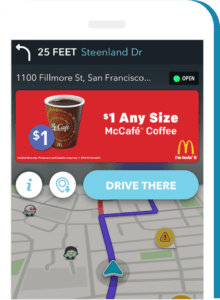 For Waze, the network effects are critical to the ecosystem. From the driver perspective, the information and analysis is only as good as the incoming data from its users. If there aren’t enough users of the platform, the data is less accurate and less useful, and the value and differentiation of the entire platform is minimized. Similarly, Waze relies on the network effects to create value for and subsequently capture value from advertisers. The more consumers using the app, the more valuable the data, and the more leverageable the customer base is to advertisers. Less tangible, but still relevant, are the benefits consumers may derive from more advertisers targeting them more effectively.

Waze has capitalized on a changing digital landscape and proved the value of engaging consumers to solve problems. Its model has worked so far but threats and opportunities exist, with a couple listed below:

Is The New York Times on its way to becoming old news?

Student comments on The New Waze to Drive