It wasn’t front page news.  In March 2015, Los Angeles City Council voted on a revised ordinance that allowed residents to plant gardens in their parkways – the land between the sidewalk and curb.  For most Angelenos, the revision was either irrelevant (“Wasn’t that area already my property?”) or scratched heads (“What’s wrong with grass?”).  But for Ron Finley, a resident of the lower income South Central region of LA and founder of L.A. Green Grounds, this was a game changer.  For years, Ron had faced fines and even arrest for planting vegetables on the sidewalks to provide fresh produce for his loved ones and community.  It seemed that his passion was finally starting to bear fruit. 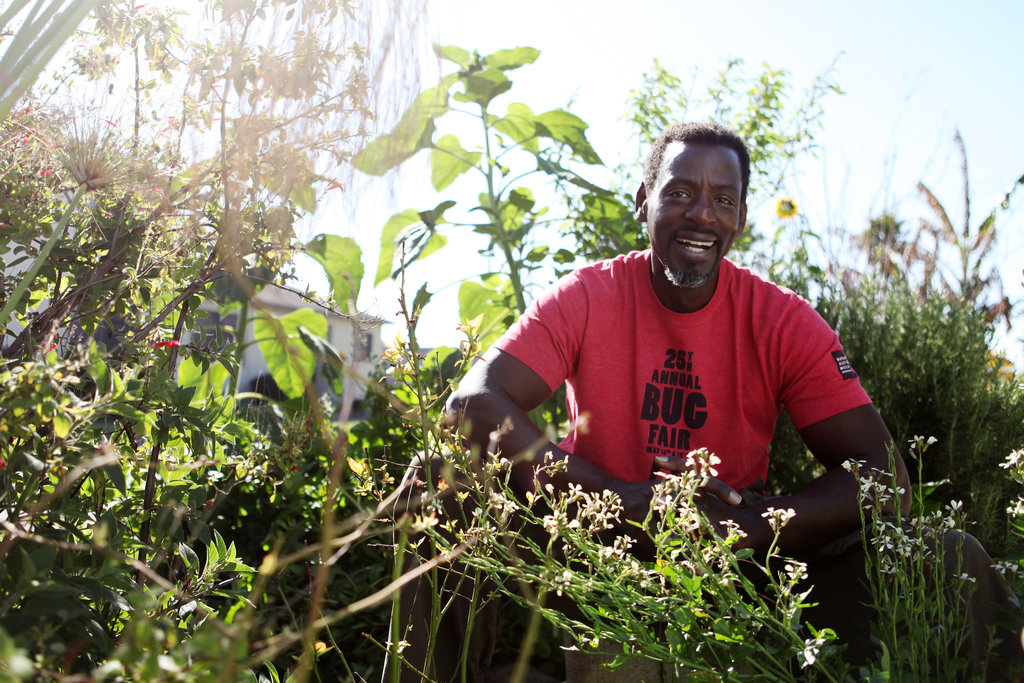 Picture Middle America: a white picket fence, suburban single family home, a car or two, and perhaps most importantly, a meticulously trimmed green lawn.  But that wasn’t always the case.  Up until the late 19th century, few Americans had any desire for cultivating an unproductive patch of grass.

The first recorded lawns in modern European history was the tapis vert (“green carpet” in French) found in 17th and 18th century royal estates such as the Versailles gardens.  Unsurprisingly, members of upper-class society, including those in the New World such as George Washington and Thomas Jefferson, fancied lawns of their own.  After the Civil War, lawns became more common as American households searched west for new prosperity.  From merely a fad that paid homage to European royalty, to more than thirty million acres that cover the country today, America’s obsession with their green patch has become a default landscaping object.

Paying Up Greenbacks for the Green

Just as they were the status symbols of olden days, lawns continue to be money and time intensive to upkeep.  Lawn care is an over $40 billion industry in the U.S., requiring over 90 million pounds of fertilizer and 78 million pounds of pesticides annually.  Collectively, it is also massively water taxing – lawns use up more water than American farmers use for growing wheat or corn.  Many regions in the country such as the Southwest are unsuitable for grass, fueling companies such as Scotts Miracle-Gro ($3+ billion in 2015 revenues) to spend $45+ million in R&D to develop and to sustain new strains of grass seed.  Finally, landscapers, of which 35% of households pay to outsource this task, regularly uproot native species, pull weeds, and incessantly trim (exposing freshwater to evaporation), all to produce an inedible plant that is used for viewing pleasure.

All the chemicals and freshwater ultimately feed into a growing strain on the environment.  Lawn maintenance is a monoculture sport, starving the soil which then requires fertilizers containing high amounts of phosphorous and nitrogen to replenish.  These chemicals are mined and refined through energy and water intensive processes, then trucked to retail stores.  Moreover, the chemicals are often excessively applied and washed into drains, contaminating freshwater resources such as drinking water.

Growing grass is a carbon positive activity.  Chemicals aside, Americans spend over 3 billion hours a year pushing gas-powered lawnmowers, each of which emits as many pollutants per hour as 11 cars.

A Garden Grows in L.A.

Enter Ron Finley.  A native Los Angeles resident, Ron grew up in LA’s poor neighborhoods, where liquor stores, fast food, and vacant lots proliferate.  “Just like 26.5 million other Americans, I live in a food desert … I got tired of driving 45 minutes roundtrip to get an apple that wasn’t impregnated with pesticides … People are dying from curable diseases in South Central.  For instance, the obesity rate in my neighborhood is five times higher than, say, Beverly Hills, which is 10 miles away,” says Finley.

Consequently, Ron planted a food forest in front of his house on the parkway.  That land was technically owned by the city, but the resident had to maintain it.  Unbeknownst to Finley, city ordinances only permitted grass on parkways, a useless and resource draining plant for individuals like Finley.  When city officials caught wind of the garden, Finley was cited for illegal gardening.

With community support and his new group, L.A. Green Grounds, Ron petitioned successfully to change these outdated city ordinances.  With over six square miles of vacant lots (equal to 20 central parks), LA has enough land to plant 725 million tomato plants.  Groups such as Ron’s organization are trying to change the way we think about our shared resources to improve both the environment and our livelihoods.  And as climate change continues to expose dry regions such as LA to drought, pioneers such as Finley help rethink old habits and push our land usage toward a more sustainable and efficient future.

Student comments on The Grass is NOT Greener on the Other Side, and It Looks Great!