In some cities in Brazil, you don’t need to carry cash. Even street peddlers accept credit cards in Sao Paulo. 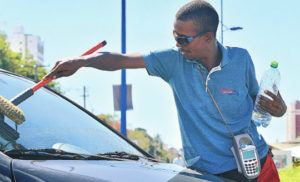 It comes as no surprise, then, that there is a move to digital payments and banking happening in the country, more specifically in the city of Sao Paulo. One example is Nubank, one of the hottest Brazilian start-ups in recent years.

Although relatively digital, the Brazilian banking system is very concentrated: the four largest banks control about 75% of the banking assets in the country [9], a result of a series of mergers and acquisitions over the last 15 years.

With scarce competition and high interest rates (the Brazilian reference rate, Selic, is now at 14% a.a.), the banks charge what is one of the highest spreads in the world. The average credit card interest rate in Brazil is north of 470% a year [10]. Banks say that the high rates are due not only to the high prevailing reference rate, but also because of high default rates.

If you don’t believe me, here is a screenshot of my latest credit card bill, showing a staggering 514.24% yearly interest rate.

Is there a David to challenge these Goliaths?

One start-up is trying to break into this exclusive world of the Brazilian banks without opening a single branch. Nubank is a digital financial services provider that offers a credit card, coupled with a personal finance app that lets you track, label and organize your spending. The app is very intuitive and simple, and they charge no fees at all.

Besides charging no fees, Nubank charges lower interest rates on credit card debt compared to other Brazilian banks: the average rate is 145% a year, with rates as low as 38.5% a year [3]. This is a screenshot from wife’s Nubank credit card bill, showing interest rates of 41.86% a year.

They claim this ability to charge less stems from their low-cost structure – possible due to the digital nature of the service provided – and because of their superior credit risk modeling, which leverages cutting edge big data analytics.

Not only is the service all provided online, but also the whole application process can be done from your smartphone. After downloading the app, you just follow the instructions, take a couple of pictures of selected documents, and you’re done! More than 3 million people have already registered, but there is currently a waitlist to become a client. (Tip: getting a referral from a current customer increases your odds of being accepted).

The miracle of digitization 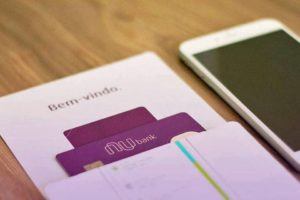 Nubank’s capacity to threaten the establishment has been recognized by a handful of VC funds (e.g. Sequoia Capital, Peter Thiel’s Founders Funs etc), which have invested at least $80 million so far [2] [3] [7]. Their ability to enter this market was made possible thanks to the power of data: not only is the whole experience provided through the app, but also their superior credit modeling is enabled by big data.

To better decide which customers to accept and how much to charge, Nubank has put together a team that uses public and private data to assess credit risk. Whereas the average bank considers about 10 variables when making these assessments, Nubank uses from 2,000 to 3,000 variables [3]. Credit rating agencies are not as widespread in Brazil as they are in the United States, so there is huge value in having a state-of-the-art internal credit model.

Commandments for the future 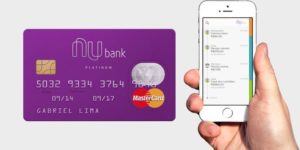 There are 168 million Smartphone users in Brazil, a number expected to reach 236 million by 2018 [11]. Also, only about 28% of the Brazilian population owns a credit card – versus about 70% of the adult population in the USA [13]. These factors, coupled with Brazilian’s dissatisfaction with the major bank’s services, makes for great opportunity for Nubank.

To fully capture the potential market, I believe they should follow the path of a couple of other small digital banks in Brazil and broaden their product offering, with actions such as:

Their success would be great for consumers and they are now in a good position to make it happen.

Can Digitization Save Healthcare? Athenahealth Thinks It Can

Student comments on The geeks shall inherit the earth