Brick and Mortar: Age of Walmart

Before Amazon, it was the age of Walmart which created enormous scale due to the largest ever network of brick-and-mortar stores across the globe. Focus on economies of scale, access and operational efficiency were at the heart of the Walmart’s cost leadership strategy. However, was there any better way to deliver on those three undisputed dimensions of retail? 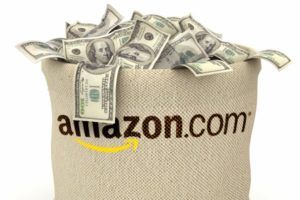 Starting as on online book store gives the clues behind the successful disruption. Amazon is known as its customer obsession. Not surprisingly, the 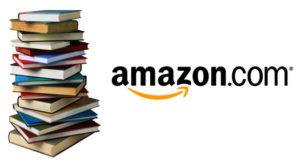 very first question that Jeff Bezos asked was “Why do customers shop from brick-and-mortar and when wouldn’t they need a physical store experience?” The answer couldn’t be simpler and more promising. Customers care about the product, price and access more than anything else. They actually do not need to visit a store in most of the cases if an alternative option is able to provide the similar competitive benefits online building trust-based seamless transaction [2]. Book is a magical product that can target premium early innovators with a commodity product which do not necessarily need a touch and feel store experience.

Amazon haven’t only transformed the retail but also the nature of products, consumer behaviors and books. Books were converted to PDFs and read through small tablets called Kindle. Customer responsiveness to digital disruption was so promising and encouraging that Amazon decided to move beyond books.

Amazon vs. Walmart: Clash of the titans 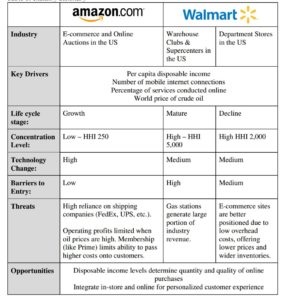 As Amazon started shifting from a book store to full-service e-commerce retailer, it was disrupting the Walmart’s business model. However, Walmart was a tough unshakable titan due to its differentiation around the bargaining power. First waves were not a real threat for the titan of the status quo. In early phases of Amazon, Walmart was just experiencing an opportunity cost in online as opposed to performance cost in its core business. Amazon was striving to convince the potential customers to vote against the establishment claiming that its customer promise is more convenient and budget friendly. Meanwhile, Walmart supporters were accusing Amazon of bullying with frequent fact checks and polls.

Amazon kept focusing on realizing its customer promise of limitless access to universal choices at competitive prices. Cultural and paradigm shift was fueled by two forces: i) Increasing internet and online payment systems penetration ii) Increasing bargaining power and efficiencies in e-commerce. Amazon was finally able to deliver its customer promise fully and disrupt the establishment. Forrester estimates that e-commerce is now approaching $200 billion in revenue in the United States alone and accounts for 9% of total retail sales, up from 5% five years ago. Moreover, much digital retailing is now highly profitable. Amazon’s five-year average return on investment, for example, is 17%, whereas traditional discount and department stores average 6.5%.[2] That was the time when Walmart started losing its monopoly in retail and faced performance problems in top-line growth.

Walmart responded by embracing the power of digital despite being a late mover. It significantly increased its online sales to 14 BN and acquired Jet.com to create a direct alternative Amazon. Walmart’s key digital strategy is to be provide omni-channel experience to customers. Blurring lines between online and off-line and rise of mobile have increased the importance of harnessing the power of physical store experience and online. Walmart plans to transform and differentiate its business model via creating synergies across all channels.[3]

The company that eats the world by disruption

Amazon started as a book store, evolved to be the largest retailer and positioned to be the innovative technology conglomerate. Business lines are 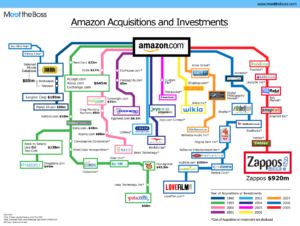 highly diversified in Amazon varying from space investments to smart online video streaming [4]. Amazon currently sells over 300 million products in a variety of categories. Its retail operation encompasses many different business models – Amazon Retail, Amazon Marketplace, and Amazon Web Services. Amazon is comparable to only Google or Facebook in terms of its prominent focus on creating, acquiring and commercialization emerging technologies [5]. Main source of innovation is Jeff Bezo’s vision and the network of customers created by e-commerce.

“It’s easier to invent the future than to predict it.” [6] 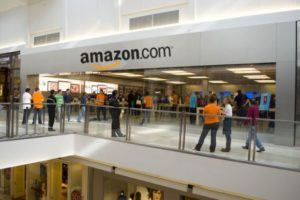 Amazon has three biggest future challenge and opportunities: i) Shifting from low cost, low margin retailer to high value add value propositions. ii) Shifting from pure online presence to omni-channel customer focus. iii) Competing against the potential disruption from with Silicon Valley giants and startups in terms of innovation, organization and talent [8]. My main recommendation will be to invest on future and paradigm shifts rather than being reactive and lagging behind as the new establishment. Investment on research, acquisitions and talent keeping the start-up spirit culture will be the key in sustainable success. (782 words)

References to visual, in the order of appearance

Moneyball^2: How the Houston Astros are Using Statcast to Generate Wins and Profits

Student comments on “The Everything, Everywhere, Every time Store”