Smithfield Foods is the largest pork producer in the world with over $14 billion in annual sales [1].  In 2016 alone, they produced 18.9 million hogs and sold 8.6 billion pounds of packaged meat [1].  As climate change continues to impact several of their main supply chain production inputs (notably corn, soybeans, and water), will they be able to remain a profitable subsidiary of WH Group Limited?

Why do they care?

Smithfield creates value primarily by turning grain, water, and various other inputs into pork products which are sold all over the world.

Climate change can have a significant impact on commodity prices throughout the world as weather patterns change and growing seasons become less predictable [2].  The United States Department of Agriculture (USDA) estimates that corn yields in the United States will drop by 8.1% by 2020, and continue to drop every decade thereafter [2].  In addition to corn yields dropping, soybean yields will also decline at roughly the same rate [2].  This significant decline in domestic production will have a dramatic effect on corn and soybean prices in the United States, driving up Smithfield’s costs of production.

For example, in 2016 Smithfield spent $1.7 billion on U.S. grain [3].  In addition, livestock producers such as Smithfield may face increased pressure to reduce greenhouse gas emissions as their own contributions to climate change increase and come under public scrutiny [Figure 1]. 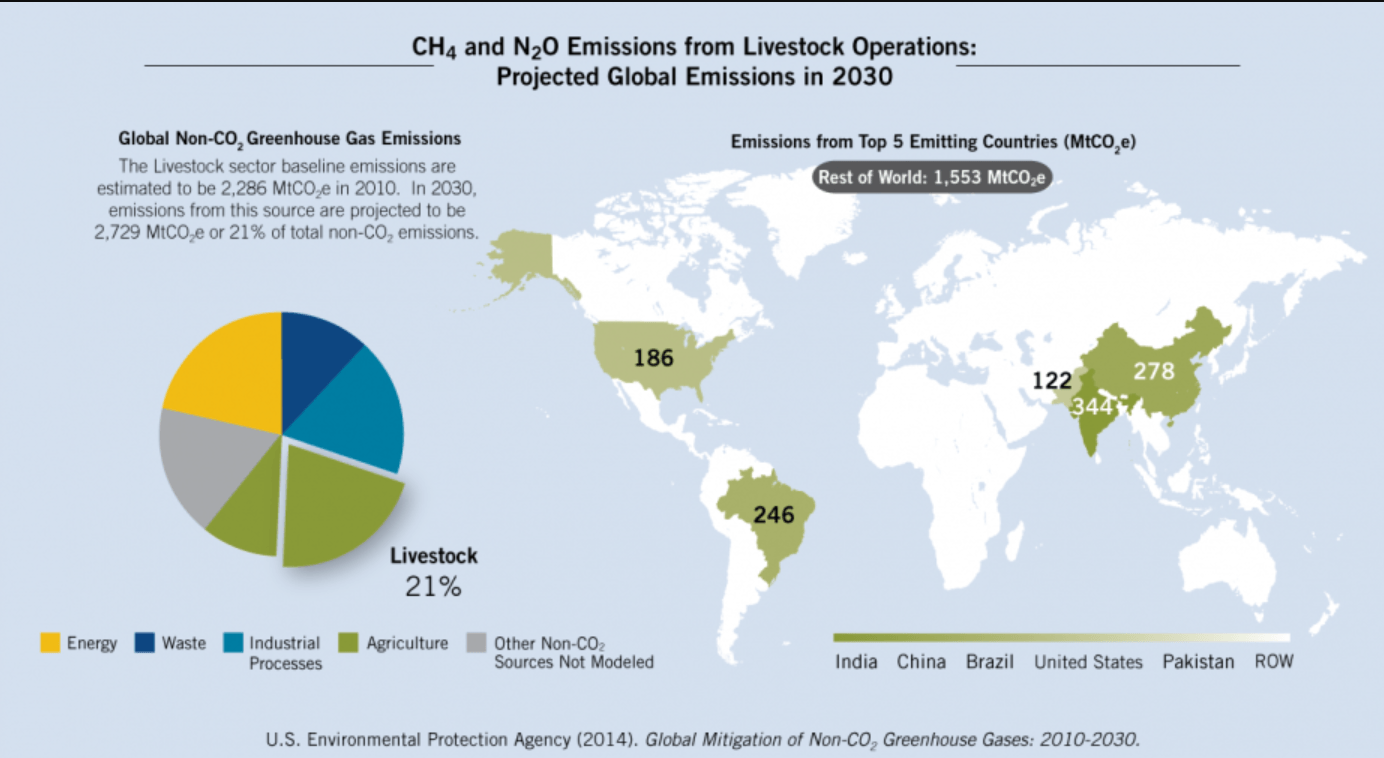 Water also plays a significant role in livestock production (as much as 8 gallons/animal/day) [4].  As water becomes scarcer, then Smithfield may find themselves actively competing for water resources, which is in an integral part of their supply chain.

What are they doing to address it?

Smithfield has begun several initiatives aimed at both directly reducing their supply chain costs and reducing their own impact on climate change over both the short and mid-term time periods.

Not only did Smithfield launch the initiative to reduce their greenhouse gas emissions, but they also exceeded several of their sub-goals within the initiative such as reducing energy consumption [7].

What else should they be doing to address it?

While Smithfield has taken several measures to reduce the impact of climate change on their supply chain operations, there are other opportunities for them to improve.

A significant portion of greenhouse gas emissions are a direct result of either livestock production or feed production to support livestock; does the government have a role in addressing and/or limiting this trend?

Smithfield uses an extensive amount of water for both animal nourishment and waste removal; what role does the government play in making sure water is being used efficiently across the entire United States?

Trillions in Wasted Productivity: Digitalization in the Construction Industry