BIA is a German plastics and plating manufacturing company that produces chrome detailing for the automobile industry. They are a Tier 2 supplier to major German original equipment manufacturers (OEMs), including BMW, Audi, Porsche, and Volkswagen[1], and focus largely on manufacturing interior buttons for dashboards and centre consoles. See Exhibit 1 for examples of their product line. The company has 1040 employees at its Solingen, Germany plant and operates two shifts of injection molding machines in batches and four chrome plating lines in continuous flow. BIA’s initial production flow diagram is seen below:

The total time required from idea conception to delivery of final parts to the customer can take up to 40 weeks. In an industry that relies heavily on quick deliveries and modifications, every week counts. Therefore, to increase plant efficiency, BIA has introduced additive manufacturing to its design process to turn its previously serial process flow into a parallel flow. Rather than waiting for the FOT parts to be produced (27 weeks after initial design concept), engineers can create prototypes of the parts using additive manufacturing and give them directly to the plating rack manufacturer (see Exhibit 2 for a photo of a plating rack). This addition of 3D printed prototypes results in lead time reduction by six weeks and gives BIA a big advantage during the bidding process for new projects. The updated flow diagram follows:

The first machine the company purchased used old additive manufacturing technology that was difficult to use and often broke down, standing idle until a service representative visited the plant and repaired it. The concept was good, but in practice it was hardly used because of the inconvenience it provided to the engineers. Additive manufacturing has evolved drastically in the past decade, starting initially as a means for rough prototypes due to the inferior quality levels it produced.[2]

The short-term solution was to upgrade their machinery, which involved visiting additive manufacturing trade fairs in Germany, such as the Hannover Messe’s additive manufacturing event[3]. A new machine with decreased printing time and the latest 3D printing technology (including multi-color printing in Acrylonitrile Butadiene Styrene ABS) was purchased, giving the engineers a more reliable way of creating prototypes early on in the process.

The chrome plating process at BIA works by dipping Polycarbonate (PC) plastic parts into various chemical bathes that form thin layers of chrome metal on the parts. The process relies heavily on having a smooth surface, and only works with PC plastic.

Although having the current ABS prototypes improves project lead times, BIA would like to take it one step further by finding an additive manufacturing supplier to create high-quality PC prototypes. By having prototypes in PC, BIA would be able to test the plating racks in the chemical baths while the steel tool manufacturing is still ongoing. This would save another two weeks in the production process, which would be greatly beneficial to the company both in saving time and winning more bids from the OEMs. The updated flow diagram can be seen below:

Until a machine is made that fits the specific requirements of this chrome plating company, BIA should be on the lookout to partner up with research laboratories or universities that program and design additive manufacturing equipment. BIA is a relatively small-scale chrome plating plant, but the industry itself is rather large. By creating a 3D printer with the high levels of tolerance and material selectivity that the chrome plating industry requires, many other companies across the industry would benefit.

BIA is a German plastics and plating company that uses additive manufacturing to run parallel processes, currently saving them up to six weeks of lead time. The leaps and bounds in technology that the 3D printing industry has experienced has had its effects on the company, as machines that were purchased quickly become outdated. Nonetheless, the current printer seems to be addressing the speed, convenience, and reliability issues that were present with the old machine. Looking forward, would it be easier and less expensive for BIA to outsource their 3D printing needs to companies with a far superior grasp of the technology being used? And in the very long term, can the use of additive manufacturing one day replace the entire manufacturing process (rather than the current injection molding process)? 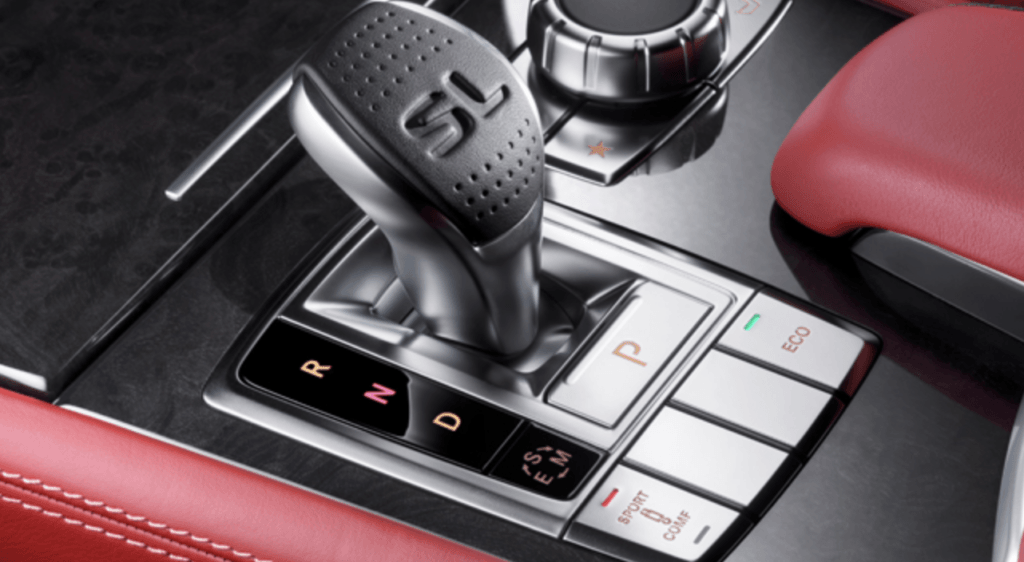 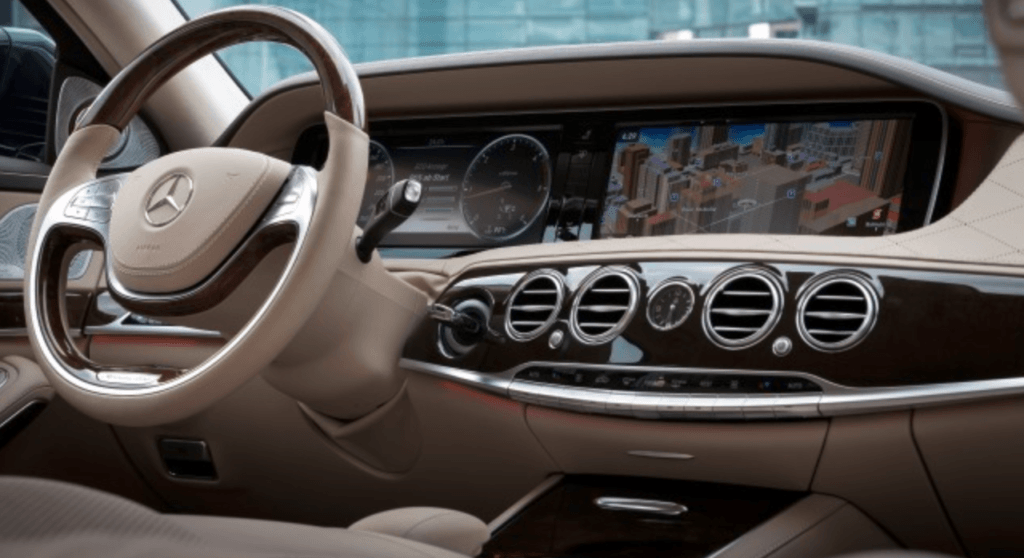 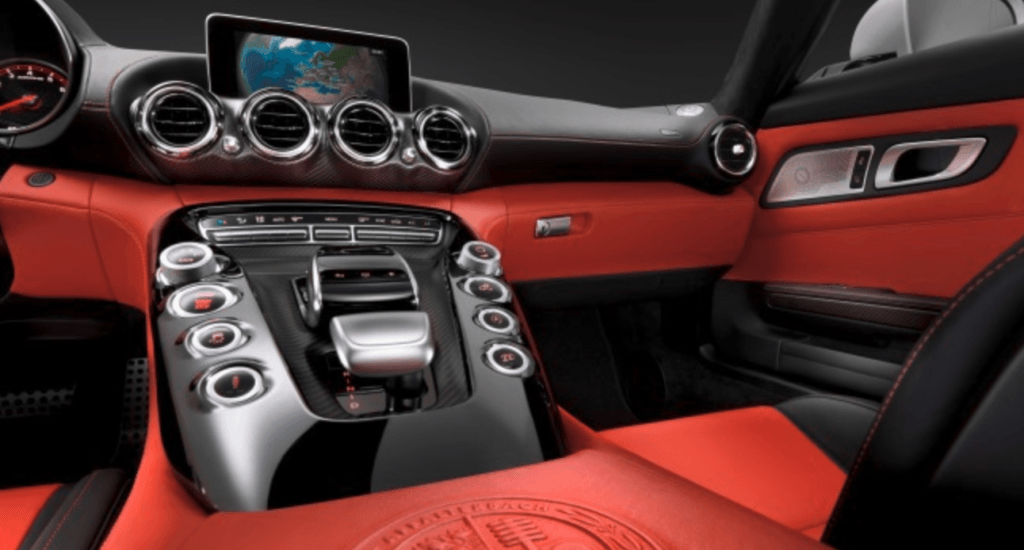 Exhibit 2 Chrome plated parts hanging on the green plating rack and being processed through the plating baths. 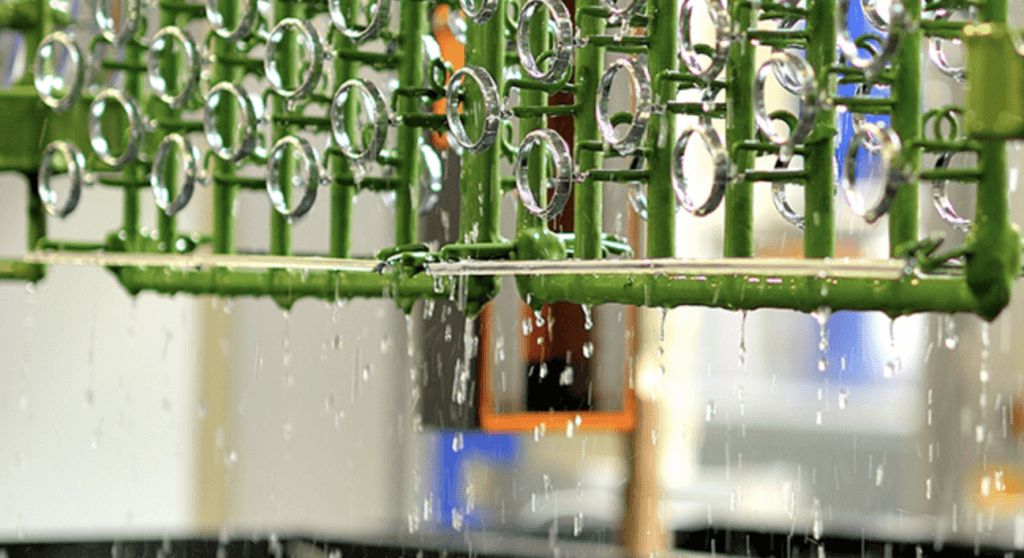 7 thoughts on “The Benefits of Additive Manufacturing at BIA”