Though commonly understood to be a chronic disease today, Type 1 Diabetes Mellitus was uniformly fatal throughout much of human history. Owing to high levels of sugar in the blood spilling into the urine, diabetes mellitus derives its name from Latin, meaning “excessive sweet urination”[1]. The disease—hereto referred to as T1DM—is caused by the autoimmune destruction of insulin-secreting cells in the pancreas. Without insulin, the body is unable to move sugar from the bloodstream into cells. Thus, while cells are slowly starved, sugar accumulates to dangerously high levels in the blood and urine, causing increased urination, excessive thirst and hunger, weight loss, and eventually coma and death.

Insulin was discovered in 1921 and subsequently revolutionized the treatment of T1DM. Utilizing frequent injections of insulin, patients could artificially control their blood sugar levels, and became able to lead relatively normal lives. In a rush to supply patients around the world, Eli Lily was the first large-scale producer of insulin, extracting the peptide from massive volumes of pig and cow tissue (2 tons of pancreas were required to produce just 8 ounces of insulin!)[2]. Then, in the 1980s, the treatment of T1DM took another leap forward. Utilizing genetic engineering, Eli Lily was able to produce bio-synthetic human insulin at large scale, without the need for animal organs. 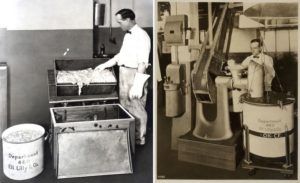 Figure 1: The historical production of insulin: extraction from an animal’s pancreas

While the production of insulin has improved, so too has the technology used in its administration. Insulin has typically been injected subcutaneously with a syringe. Though effective, syringes are associated with a host of problems including, poor accuracy, the need to mix and dispense medication, and the risk of inadvertent needle injuries. What’s more, diabetic patients typically require multiple doses of insulin throughout the day and each injection is painful, tedious, and time consuming—all serving to lower their quality of life. To address these shortcoming, the first continuous insulin pump was released in 1981[3].

Insulin pumps consist of 3 main components, a pump, an insulin reservoir, and injection tubing that is inserted into a patient’s subcutaneous tissue, most commonly on the abdomen. The pump delivers insulin in continuous or bolus fashion for up to 3 days, at which point the reservoir must be replenished and the injection site rotated. Using pumps, patients no longer had to take time out of their days to dispense and inject medication. There was the risk, however, that the pump could malfunction and inject too little or too much insulin, thereby causing adverse effects. For this reason, patients using insulin pumps needed to monitor their blood sugar (through finger-tip blood pricks) more carefully and frequently than before[4].

Medtronic, the world’s largest medical device company, entered the insulin pump market in 2001[5]. The company’s flagship product, the MiniMed 508, was the most sophisticated pump of its time, consisting of pumping components and a digital screen that indicated how much insulin remained in the reservoir[6]. Over the past 15 years, Medtronic has spent hundreds of millions of dollars on R&D to further improve their pumps, adding several “smart” features.

In 2005 the company enabled continuous blood sugar monitoring, and eventually was able to alert patients if their levels fell outside of a pre-specified range[7]. They added consumer software in 2010 that suggested improvements in insulin dosing, though patient’s still had to manually make any changes[8]. Then, on September 28, 2016, the FDA approved a breakthrough new technology, the MiniMed 670G. By digitally integrating blood glucose readings into the pump’s control software, the system could adjust insulin on the fly, maintaining blood sugar within tight limits, and reducing the need for patients to undergo finger pricks. While patients still need to manually alter insulin dosing, especially around meal times, the MiniMed 670G has been hailed as the world’s first “artificial pancreas”[9]. 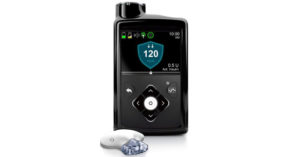 Going forward, Medtronic should continue to innovate the digital components of their insulin pumps, enabling patients with T1DM even greater freedom. Medtronic, while making in-roads in a number of these areas, should push for:

In order to meet these goals, Medtronic must continue to focus on R&D and innovate on its product performance, system architecture, data connectivity, and customer engagement. It must maintain an effective R&D operation, and should innovate by acquisition of new companies as it pertains to their strategic vision. With Medtronic pushing what is possible, I imagine a future free of the burdens of T1DM.

YOTEL-ing Me Free WiFi’s as Creative as You Can Get?

Student comments on “The Artificial Pancreas:” Medtronic and the Digital Transformation