“There’s something one should expect not only of a watch but also of oneself: to never stand still.”

Exports of Swiss watches exceeded $20 billion in 2017[1]. Companies in the space focus heavily on innovation to differentiate their products from those of competitors. One of these innovations is additive manufacturing, or 3D printing, whereby three-dimensional structures are created using computerized processes. Today, over 64% of industry executives indicate that they use 3D printing, while 75% believe that the technology will be important to the industry over the next five years[2]: 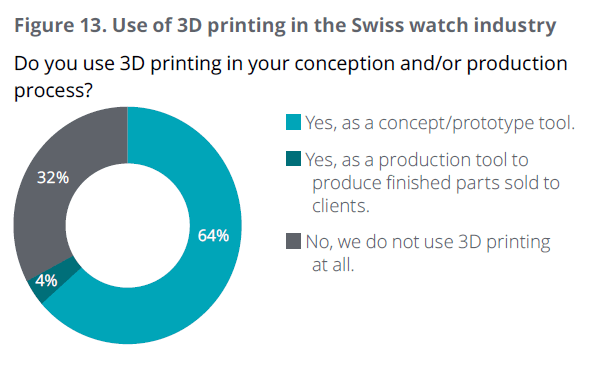 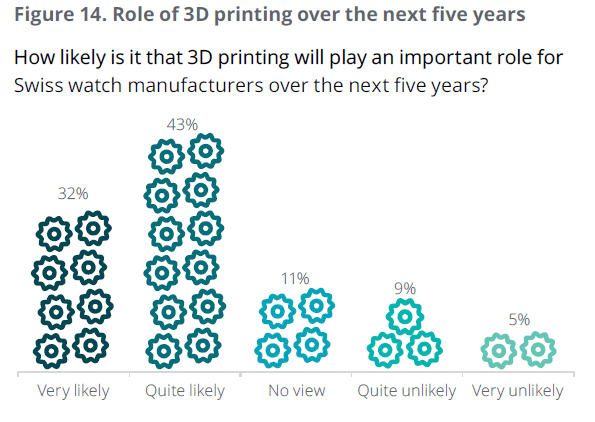 Leading the pack is the Compagnie Financière Richemont SA (“Richemont”), which owns brands such as Officine Panerai and A. Lange & Söhne, and has been investing heavily in 3D printing to enhance its production processes and help produce innovative finished products.

However, the use of this technology is still in the early stages, and it is unclear whether it will ever become a driving force in the industry. In a business that prizes artisanal craftsmanship, will Richemont’s efforts be seen as true innovation or mere gimmicks?

The Role of 3D Printing

To create its products, Richemont must develop the hundreds of parts needed for each watch, with the goal of reaching top-notch accuracy without the use of electronics or computers[3]. In addition to telling the time, many of these watches have additional features, or “complications”, which range from a simple date function to mapping the movements of celestial bodies.

After the design process evolved from paper drawings to computer-assisted design (CAD) software, 3D printing components and prototypes was the natural next step. 3D printing “enables experimentation with new shapes and forms otherwise not possible by traditional machining techniques” as well as “quick turnarounds and the ability to produce one-offs without needing to order parts or tools”[4]. The latter benefit is especially important as increasingly discerning consumers demand personalized or bespoke products[5].

Richemont has also begun using 3D printing to produced finished watch components, which have traditionally been reserved for the hands of master watchmakers. Richemont defied that tradition in 2016, when it’s subsidiary brand Officine Panerai introduced the Lo Scienziato Luminor 1950 Tourbillon GMT Titanio, the first watch to use 3D printing for its case construction: 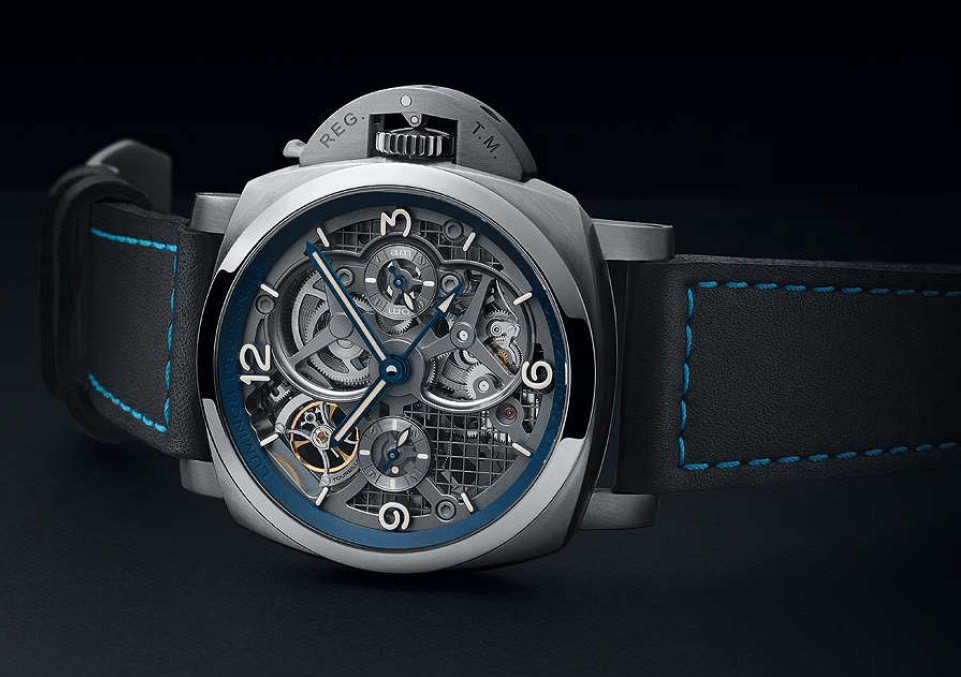 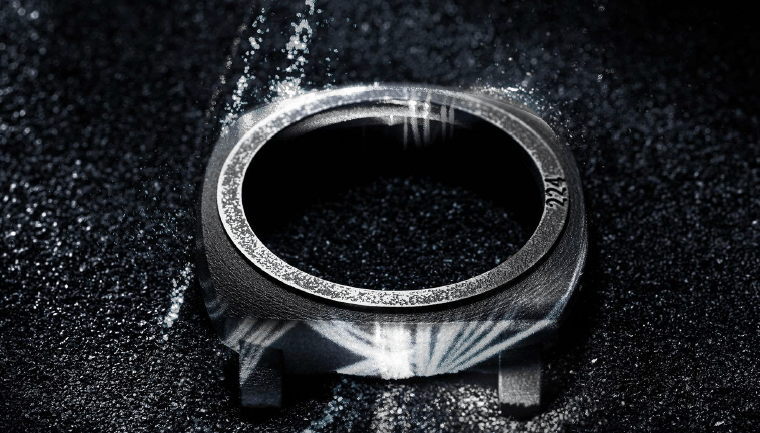 The watch was met with critical acclaim and elevated the brand to the pinnacle of haute horologie[6]. Through this effort, Richemont demonstrated that 3D printing could not only be used for modeling and prototyping, but also for producing high-end, finished components.

In 2014, Richemont and the École Polytechnique Fédérale de Lausanne (EPFL) partnered to create a new academic chair in the school’s Institute of Microengineering, through which Richemont would sponsor research in additive manufacturing[7]. This action further cemented Richemont’s commitment to explore the technology well into the future.

Within this exploration, I would recommend that Richemont focus first on the cost-cutting possibilities. The low tolerances for the accuracy of moving parts, as well as the high standards for the level of finishing on the consumer-facing components, are simply beyond the reach of 3D printing at this time. I believe that Richemont can generate a much greater return on investment in the short-term by focusing on the cost-control side of 3D printing rather than the revenue-generating side.

Only when 3D printing technology improves should Richemont focus on the consumer-facing applications. Even then, I suggest that Richemont begin by educating its consumers on the benefits of 3D printing in its watches, as they may have difficulty appreciating the merit unless it is explained to them in terms of performance (e.g., increased longevity of components) or physical attributes (e.g., material weight).

Still, the biggest question facing the use of this technology is an existential one. If the true value in luxury watches stems from the artisanal craft poured into these products, does 3D printing even have a place in the production process? Will the use of additive manufacturing diminish the human aspect that makes luxury timepieces compelling in the first place?

[1] The Swiss and World Watchmaking Industries in 2017. Federation of the Swiss Watch Industry FH, 2018.

7 thoughts on “The Additive Artisan: Richemont’s Use of 3D Printing in Mechanical Watchmaking”