Tesla is sexy: as a car, as a company – there’s not a lot of us disagreeing with that. Investing in the improvement of electric vehicles and decreasing America’s dependence on harmful energy sources is an important initiative. But, Tesla is only one aspect of that initiative: we need mass transportation too. Plane travel is one of the most environmentally harmful modes of travel available. Train travel is an excellent alternative with enormous potential to be improved. We need Amtrak to do for trains what Tesla has done for cars: we need trains to be sexy too. 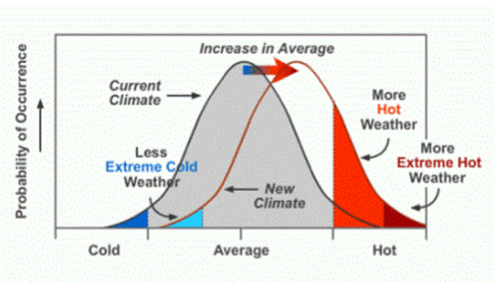 Amtrak is America’s only high-speed, cross-country passenger rail network and it is partially funded by the US Government. Its performance has been spotty, to say the least, and it has not historically been a fan-favorite for intercity travel.3,4 Airline travel is the preferred method of intercity transportation, but is also the fastest-growing contributor to global warming.5 Taking the train instead of flying can cut CO2 emissions per passenger by more than 90%.6

Granted, Amtrak doesn’t always offer a great alternative to airplanes – yet. Amtrak is not effective over long distances (cross country, for example), but as more Americans move to more heavily concentrated “mega-centers,” this is likely to improve Amtrak’s appeal to a greater portion of the population.7 In addition, while taking the train is more environmentally friendly than flying, Amtrak still has a long way to go before catching up to the sustainability achievements of European train service providers, like Eurostar. Eurostar trains can go eight times further than Amtrak for the same amount of climate pollution (see chart below as well).8 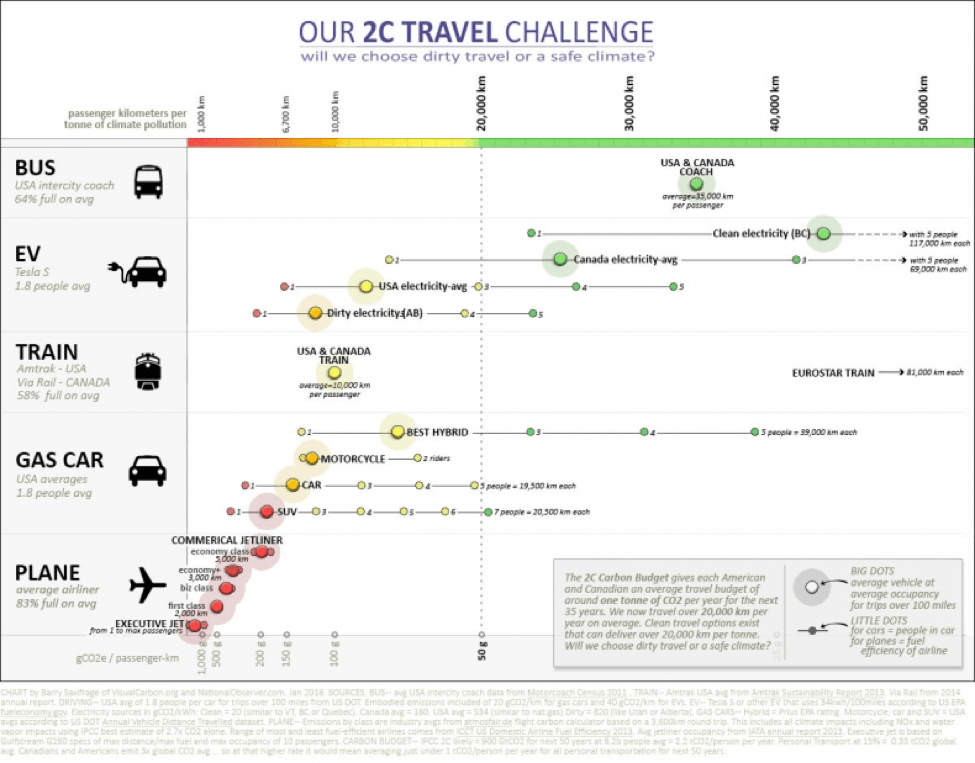 In the past few years, Amtrak has made some promising strides towards improving access to train travel and increasing its energy efficiency. First, they are taking it seriously. In November 2015, Amtrak signed the International Union of Railway’s Climate Responsibility Pledge, a pledge undertaken by governments and government funded train service providers to put rail travel at the center of any master transport plan.9 Second, they are looking to Europe’s example. Amtrak is partnering with the designers behind Europe’s high speed trains to invest $2.5 billion in lighter, cheaper and more energy-efficient locomotives.10 Amtrak expects to complete America’s first high speed rail system in California by 2029.11 Third, they are asking for more support from the Government. The Federal Government has allocated $9 billion to Amtrak from 2015 through 2019 with the Railroad Reform, Enhancement, and Efficiency Act.12 More recent government rail initiatives, such as this one, treat Amtrak as a public service provider: putting the emphasis on service and efficiency improvement, rather than financial self-sustainability.13

The Tesla of Trains?

These are all steps in the right direction for Amtrak, but I think it can go further. Amtrak needs to ask for help from the millennials – and earn it. Millennials actually enjoy riding trains more than our parents and we are also more concerned about the impacts of climate change.14   However, Amtrak has made few strides in appealing to millennial passengers – keeping up an old-fashioned corporate image, targeting advertisements to empty-nesters, and negating the importance of social media in its online presence. While the push for millennial buy-in may seem cliché, it can actually help Amtrak in a number of ways. First, millennials are already more inclined to take the train, if and when it is viable. Second, we can help with Amtrak’s political problems. Funding for Amtrak from the US government is currently highly politicized.15 Funding for Amtrak moving forward can be pushed through with increased climate change legislation, which millennials are more inclined to support than older generations.16   All we need is for Amtrak to do for trains what Tesla has done for cars. The only question is… can train travel be sexy again? (Word Count: 750)

Would you pay for the environmental impact of your jeans?

Student comments on Tesla is great, but what about trains?